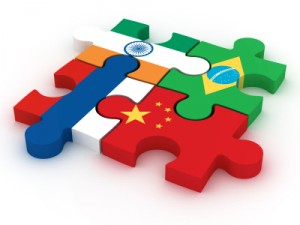 Just a few weeks ago, global credit rating agency Standard and Poor’s (S&P) released a study titled, “Will India be the first BRIC fallen angel?” The report suggests that India may become the first “BRIC” country (Brazil, Russia, India and China) to lose its investment grade rating. While it remains to be seen if India can escape this ignominy, the country has earned another dubious distinction: It ranks the lowest among the BRIC nations on the Global Innovation Index 2012.

This innovation index was released recently by the international business school INSEAD and the World Intellectual Property Organization (WIPO) along with the Confederation of Indian Industries (CII), Alcatel-Lucent and Booz & Co. The index ranks 141 countries on the basis of their innovation capabilities and results. Brazil, Russia and China were ranked 58th, 51st and 34th respectively. India stands at the 64th position, two notches below where the country landed last year.

According to the study, “The innovation front in India continues to be penalized by deficits in human capital and research; infrastructure and business sophistication, where it comes last among BRICs, and in knowledge and technology outputs, where it comes in ahead of Brazil only.” The report also notes that the BRIC countries need to invest further in their innovation capabilities to live up to their expected potential.

Vijay Govindarajan, a professor of international business at Dartmouth College and the first professor-in-residence and chief innovation consultant at General Electric, points out that innovation is critical to India’s future. He suggests that the government must provide seed capital to strengthen applications research and create incentives for universities, research labs and industry to collaborate. “Much is at stake if India does not move up on the Global Innovation Index,” Govindarajan says. “Without business model innovations, India cannot solve the problems for 90% of Indians. Such innovations can then be used to launch global strategies. This is the essence of reverse innovation [innovations adopted first in the developing world] — where India can lead.”

Gopichand Katragadda, managing director of General Electric’s John F. Welch Technology Center in Bangalore adds: “The results of the study point to the fact that, in India, the innovation ecosystem (input) is poor while the knowledge/creative output under the constraints is good. One interpretation of this is that we need better government measures on regulations, education and infrastructure to tap the demonstrated potential of talented people.”

According to Katragadda, if India does not get its act together on the innovation front, the country could lose the opportunity “to make this a century of Indian innovation, tapping into the brilliant technical minds of the region.”