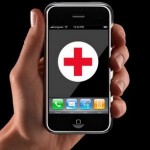 At the annual summit on mobile health care (mHealth) held in December last year in Washington, D.C., Kathleen Sebelius, U.S. health and human services secretary, noted in her keynote address that mobile health care — the delivery of health care or health-related information through the use of mobile devices — is the “biggest technology breakthrough of our time [being used] to address our greatest national challenge.”

A report released by PricewaterhouseCoopers (PwC) earlier this month suggests that emerging countries like India and China will be at the forefront of this technology breakthrough. The report, titled Emerging mHealth: Paths for Growth, points out that “disruptive innovation typically occurs on the fringes of a sector, where consumers have fewer resources and entrenched interests are weaker or non-existent. mHealth is no exception.”

The study notes that the use of mHealth and speed of adoption in different countries will be determined by how open the various stakeholders are to using mHealth as a disruptive innovation to overcome structural impediments — and also how interested they are in aligning their interests around patients’ needs and expectations. According to the report, in emerging markets, where mobile cellular subscriptions are ubiquitous, consumers perceive mHealth as a way to increase access to health care. In developed markets, on the other hand, patients see it as a way to improve the convenience, cost and quality of health care.

The report goes on to add that already, mobile heath care solutions are being deployed more rapidly in emerging markets than in developed economies. Eric Dishman, director of health innovation at Intel, notes: “We see it on the ground in countries that we work with. While the U.S. thinks about dealing with fundamental issues like secure electronic health records, in places like India, China and Singapore, mHealth is taking place.” The study, conducted for PwC by the Economist Intelligence Unit, covered 10 countries and found that 59% of emerging-market patients use at least one mHealth application or service, compared with 35% in the developed world.

Rana Mehta, health care leader, PWC India, feels the adoption of mHealth in emerging markets like India versus developed markets is “a paradox.” Says Mehta: “In developed markets, mHealth is perceived as disrupting the status quo, whereas in emerging countries it is seen as creating a new market, full of opportunities and growth potential.  In younger, developing economies, health care is less constrained by health care infrastructure and entrenched interests. Consumers are more likely to use mobile devices and mHealth applications, and more payers are willing to cover the cost of mHealth services.”

According to the International Telecommunication Union (ITU), there were almost six billion mobile phones being used worldwide at the end of 2011. The global population is estimated to be around seven billion and by 2013, mobile phones are expected to outnumber people. With mobile technology becoming increasingly ubiquitous and powerful, it can clearly play a huge role in health care delivery. David Levy, global health care leader at PwC, believes that “mHealth is the future of health care, deeply integrated into delivery that will be better, faster, less expensive and far more customer-focused.” However, he adds a note of caution: “Despite demand and the obvious potential benefits of mHealth, rapid adoption is not yet occurring. The main barriers are not the technology, but rather systemic to health care and inherent resistance to change.”