In the Growing Market for Online Video, TV Networks Want a Piece of the Action - Knowledge@Wharton

In the Growing Market for Online Video, TV Networks Want a Piece of the Action 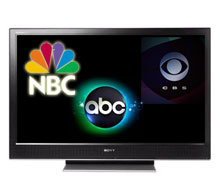 CBS launches an online editing studio called EyeLab so fans can edit short versions of video programming. ABC distributes full versions of its television shows on its own site and via AOL for free. NBC Universal teams up with Amazon.com to distribute its shows after stating it would end its relationship with Apple’s iTunes service. NBC also offers full versions of its shows on its web site and has a joint venture with Fox that aims to compete with YouTube.

The frenetic wheeling and dealing for digital distribution of TV programs — just as the fall season is gearing up — reflects the television networks’ attempts to find Internet business models that can be profitable and still protect both their intellectual property and their brand identity, say Wharton experts. In many respects, the networks are trying a little bit of everything to see what sticks — launching new ventures, distributing content on multiple sites, charging per episode, and providing free ad-supported shows on network sites. Meanwhile, the often public spats — Viacom sued Google’s YouTube in March and NBC sparred with Apple in August for more control over video pricing — reveal the tension between the networks’ willingness to experiment and their desire to control how their content is distributed.

Others agree. “The television industry is one big experiment at this point,” says Kurt Sherf, an analyst for Parks Associates, a research firm based in Dallas. “With issues surrounding content rights, the role of incumbent video providers and business models is very fluid.” Nevertheless, it’s clear that there is a growing market for online video. Parks Associates estimates that 11.9 million households will pay for online video content in 2007, up from 3.2 million households in 2006. Meanwhile, a bevy of experiments is underway:

“This whole market is in disequilibrium,” says Wharton marketing professor Peter Fader. “It can’t function this way [long-term], but until market forces decide [on a business model], it’s nice to allow 1,000 flowers to bloom.”

According to Michael Tomczyk, managing director of Wharton’s Mack Center for Technological Innovation, the experiments are crucial to distributing network television programs and advertising in the future, and allowing the networks to maintain their brands. “One trend in the past year is the [increasing] frequency of news and entertainment videos from ABC, NBC, CBS and Fox that appear on AOL, Comcast and other portals,” says Tomczyk, adding that networks may morph into a role similar to that of a movie studio. Broadcast networks will fund high quality content and then distribute it via many channels — online, DVD and television.

Wharton marketing professor Patricia Williams agrees. “Networks will continue to matter, but the ways in which they matter will change over time. Today, networks have a dual role: They are a distributor and a destination for consumers. I see networks having a decreased role as a central brand for consumers. But they have a role as a distributor for independent producers,” says Williams.

The network jostling raises questions. How do television networks brand themselves in a digital future where viewers are more loyal to individual shows? Do networks still matter? When will online advertising become a significant revenue stream for networks? What other experiments should be conducted by networks? Does Internet viewing help or hurt the broadcast business model? The answers to those questions aren’t entirely clear, but experimentation will eventually turn up a model that works for viewers, media giants and Internet partners, says Fader.

While experts at Wharton are encouraged by television networks’ penchant for experimenting with new models, they are unanimous that more could be done. Fader argues that broadcast networks are in a unique position to take their video libraries and create new forms of media for consumers. By adopting so-called “web 2.0” techniques — such as consumer rating systems and new combinations of content — networks could create a sense of community, much like that found at social networking sites like MySpace and Facebook.

There are many steps that networks could take to add value and deliver a better experience, says Fader. “These networks have the breadth of content and could do things like have celebrity interviews” or get a comedian to give play-by-play commentary on a recent episode. Networks can launch online initiatives “beyond just replicating the content on TV.” The key, according to Fader, is to resist the urge to protect content but instead to focus on giving users a good experience. “The goal is creating connections and a trail to eventually buy a DVD. Doing that would create revenue and a deeper relationship.”

Kendall Whitehouse, senior director of IT at Wharton, notes that better connections between networks and viewers will emerge if media companies don’t obsess over controlling their content too much. In fact, Whitehouse says, television networks should err on the side of fewer restrictions, and let users access and repurpose the content in as many ways as possible.

“Because networks want to control their brand, they [tend to be too controlling] with their content,” says Whitehouse, who advocates giving viewers power over editing existing shows — much like CBS is now doing with EyeLab. “As YouTube has proven, people love to share their favorite moments from TV programs. The networks’ web sites typically contain full-length episodes” which may be easier to monetize with embedded ads but may not be as popular to watch on PCs. “Why not give people the best of both worlds? Post the full episode, but let users create ‘virtual clips’ by selecting where to start and stop each segment. With the right user interface, this could be easier than making clips on your own and uploading them to YouTube.”

Sherf says social networking features common on the web today will become increasingly important to television networks. “The Internet could allow networks to recreate the water cooler virtually. The focus should be on affinity groups. People want to know what their friends are watching at any given moment.”

Experts at Wharton say the networks face a challenge wooing a younger audience. “The power of the network is weakening with TV viewers. I’m not sure young people know what shows play on which network. They are much more affiliated with the program itself,” says Whitehouse.

The power of traditional networks has been in decline for years, adds Tomczyk. First it was cable and hundreds of targeted channels. Then it was digital video recorders that allowed viewers to watch shows at their convenience and skip ads. Today, it’s the web. “The real question is: How do networks, which are compelled to offer fairly broad programming, compete with such highly targeted and focused cable shows — most of which do not include advertisements?” he asks.

One possibility would be to offer targeted shows for online distribution only, say Wharton experts. However, it’s not clear whether there are enough viewers and advertising interest to recoup production costs.

Williams suggests that if the economics line up, the networks could create more shows. “Online-only shows are possible. When you are broadcasting on a network, you have to reach the largest audience possible. But online, a smaller audience can be supported through advertising. Networks could reach more people with more programming if they think about reaching niches that they haven’t served. Today, media companies think targeting a niche means a new network. The Internet allows networks to target niches without creating a new channel,” Williams says.

Fader argues that networks do have one core asset that buys them time: brand equity. When compared to the music industry, which fought Internet distribution in court, television networks have a much better image on the web. “I think that consumers have [stronger] feelings about ABC than about Universal Music. People have a good sense about what a network stands for,” he says, adding that networks can succeed by targeting niches on the web — science fiction fans for instance — and developing shows for them.

Internet distribution could also allow networks to distribute more content. Some networks, such as the Disney Channel and home improvement channel HGTV, have models that work on television and on the web. In addition, networks could play an important filtering role amid the growing inventory of video content. “A network could be viewed as a seal of approval for content,” says Fader.

It’s Not a Zero-sum Game

The biggest mistake a television network could make is to ignore the Internet as a distribution platform. Why? It’s possible that web and TV viewing could be complementary. In a working paper titled, “Lost on the Web: Does Web Distribution Stimulate or Depress Television Viewing,” Waldfogel found that sites like YouTube can stimulate demand for the networks. A survey of University of Pennsylvania students, also done by Waldfogel, indicates that the web can actually increase network viewers.

In other words, web vs. television viewing is not a zero-sum proposition, he notes. Internet distribution through YouTube and other sites acts as free advertising. In addition, web video may reach consumers who wouldn’t otherwise watch television. If Waldfogel’s findings are correct, web video could gain viewers without causing losses for content creators. “It would be really tough for networks to give video away, but they would if they were convinced it would generate more interest for the core product,” he says.

Williams suggest several reasons why the web won’t replace networks today. First, viewing video on a PC just isn’t the same as on a TV because the screen is smaller and there are often bandwidth constraints. Second, there’s still a market for high-quality content. Networks like HBO are known for their quality programming, says Williams. “To [create programming] at a high level [of quality] is an expensive proposition. Networks have writers and producers that others don’t have.”

Meanwhile, Williams says the data on whether the web is a threat to networks is far from definitive. Rating services, such as Nielsen, have trouble measuring shows that are watched on digital video recorders like TiVo. These ratings services also have trouble counting the audience for shows like the NCAA basketball tournament that are watched by groups. In other words, the rating services haven’t caught up with people’s viewing habits and these new distribution platforms.

“Everyone knows that the audience watching live television is shrinking, but there’s no sense of magnitude,” says Williams, who adds that some viewers may use the web to simply catch up on an episode missed on television. “It’s hard to track the time spent watching a show. That’s why there’s no sense of what the future looks like yet. Even so, it’s not a zero-sum game.”

Given the uncertain outlook for video content, it makes sense for networks to place many bets on future business models, Fader says. He argues that Viacom made a big mistake by pulling its content from YouTube. “Viacom pulled its video from its largest distributor. If Viacom thinks that shutting down its content on YouTube will get people to go to Comedy Central, it is wrong. People will stay on YouTube and watch cats lip synching.”

"In the Growing Market for Online Video, TV Networks Want a Piece of the Action." Knowledge@Wharton. The Wharton School, University of Pennsylvania, 03 October, 2007. Web. 16 January, 2022 <https://knowledge.wharton.upenn.edu/article/in-the-growing-market-for-online-video-tv-networks-want-a-piece-of-the-action/>

In the Growing Market for Online Video, TV Networks Want a Piece of the Action. Knowledge@Wharton (2007, October 03). Retrieved from https://knowledge.wharton.upenn.edu/article/in-the-growing-market-for-online-video-tv-networks-want-a-piece-of-the-action/

"In the Growing Market for Online Video, TV Networks Want a Piece of the Action" Knowledge@Wharton, October 03, 2007,
accessed January 16, 2022. https://knowledge.wharton.upenn.edu/article/in-the-growing-market-for-online-video-tv-networks-want-a-piece-of-the-action/