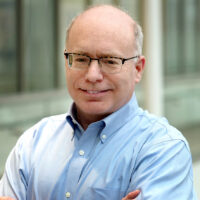 Wharton’s David Asch talks with Wharton Business Daily on SiriusXM about how the pandemic has exposed racial disparities in health care.

The death rate for Black patients diagnosed with COVID-19 would be 10% lower if they received care at the same hospitals as white patients, according to a new study from Penn Medicine that adds to the mounting evidence of racial disparities in U.S. health care.

In the study published last month in the JAMA Network Open, researchers examined Medicare data from more than 44,000 patients admitted to nearly 1,200 hospitals last year and found the significantly higher mortality rate for Black patients was eliminated when they adjusted for the location of the hospital.

Because patients typically go to a hospital close to home, the study spotlights the results of structural racism in stark relief: Underperforming hospitals, which struggle to find enough revenue and resources, are mostly found in economically distressed communities.

“This really is a story of racial residential segregation that has plagued this country for a century,” said Dr. David Asch, the study’s lead author and executive director of Penn Medicine’s Center for Health Care Innovation.

Asch, who is also a professor of health care management at Wharton, spoke about the study with Wharton Business Daily on SiriusXM. (Listen to the podcast above.) He said the results don’t come as much surprise to medical professionals because it’s well-established that health care is uneven. But consumers may be taken aback to learn just how deep the disparity goes.

“This really is a story of racial residential segregation that has plagued this country for a century.”  –David Asch

“A lot of people will naturally assume that doctors and hospitals and nurses are great, and if you go to them, you will get uniform care. That is the experience people will often have at, let’s say, McDonald’s, which has worked very hard to provide a very consistent experience. You can pull into any McDonald’s and the French fries will be uniformly excellent,” Asch said. “That’s not really the case with hospital care.”

In fact, he noted, the novelty of the coronavirus exacerbated the variation because it required hospitals to shift quickly to meet the challenge. Working to improve health care is the “relentless task” of practitioners, policymakers, and insurers, he added. “But as medicine advances, that advance occurs unequally across hospitals. Some hospitals have a harder time catching up to some of the better hospitals.”

African Americans are suffering in greater numbers from COVID-19 because of a myriad of factors: access to care, lower-income levels, occupations with higher risk of exposure to the virus, and higher rates of hypertension, diabetes, and obesity.

Even those comorbidities “are probably products of longstanding discrimination. It’s quite a tangled web, but that tangled web at the center of it reveals substantial racial differences,” Asch said.

Asch noted previous research that found hospitals serving majority Black populations have worse outcomes for all their patients, compared with hospitals that serve majority white populations. He said better public policies are needed to close the racial gap in the health care system, drawing an analogy to how public education is funded: Most schools receive revenue from property taxes, so the more affluent the community, the greater the dollars to fund schools in that district.

“The same is true in health care,” Asch said. “We fund health care in an unusual patchwork way, but largely by insurers and whether the patients have commercial insurance, which pays the best, or Medicaid, which pays often less than cost, or Medicare, which is somewhere in between. That says a lot about the resources the hospital can develop and put towards its community.”

“The differential burden of COVID across the nation will soon depend less on issues of race and more on vaccination and, in turn, political ideology.” –David Asch

In the progression of the pandemic, one statistic has held fast: Older and male patients have fared worse than younger and female patients, regardless of race. Vaccines and better therapies have dramatically reduced the mortality rate of the disease.

As the pandemic pushes into its second year and the more dangerous Delta variant emerges as the dominant strain, the greatest threat to progress already made comes from those unwilling to be vaccinated, Asch said. Current vaccines are effective against the Delta variant, according to experts.

Asch said there’s no single story about COVID-19 across the U.S. The vulnerability of each community depends on the degree of vaccination.

“And that has, frankly, tragically become a political issue as opposed to an issue of medicine or public safety,” he said. Unvaccinated areas “can become powder kegs of contagion. I will bet the differential burden of Covid across the nation will soon depend less on issues of race and more on vaccination and, in turn, political ideology.”