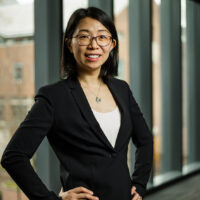 Access to consumer credit dramatically widens with digital verification of the employment credentials of loan applicants while expanding the market opportunity for lenders, according to a paper based on a study by experts at Wharton, Washington University in St. Louis, and Equifax. In the study’s sample of auto loans over a two-year period, lenders were able to save time in processing and approving a larger number of applications, including those from subprime and deep subprime borrowers, and netting profits despite higher delinquencies.

The study holds significant takeaways for policymakers looking for ways to remove credit market constraints for borrowers with low credit scores and to reduce information asymmetry, according to Wharton marketing professor Zhenling Jiang, who co-authored the paper, titled “The Value of Verified Employment Data for Consumer Lending: Evidence from Equifax.” Her co-authors are Tat Chan and Xiang Hui, both marketing professors at Washington University in St. Louis, and Naser Hamdi, senior data and analytics officer at credit reporting agency Equifax.

The authors focused on the auto loan market in the U.S. for its ”high economic significance,” noting that Americans held $1.36 trillion in auto loan debt in 2020, equivalent to nearly 10% of all household debt. The study covered auto loan applicants in 2016 and 2017 for which Equifax received digital employment inquiries, and 12 million anonymized auto loan inquiries submitted to Equifax in 2016 and 2017. The average credit score of applicants was 568 and their average annual income was $38,387.

In the study’s sample, with digital employment verification, the loan origination rate increased by 35.5% on average, by 146% for deep subprime borrowers (credit scores of less than 500) and by 44% among subprime consumers (credit scores between 500 and 600). The interest charged on those loans rose slightly, and with the expanded market size, lenders were able to boost their profits by 19.6% overall. Those higher profits absorbed the impact of the higher delinquencies in the expanded loan portfolio. The study tracked loans through April 2020 and found that the average 90-day delinquency, or past due amount, was $273 on an average loan of about $21,000.

The increase in the loan origination rate is “surprisingly large,” partly because the baseline was low, Jiang clarified. “When you have a low credit score, the chance of obtaining loan approval anywhere is very difficult,” she said. “[Digital employment verification] speaks to a relatively simple approach to expanding credit access. It’s an effective way to reduce the information asymmetry in the consumer loans market.”

Significant information asymmetry has persisted in the consumer lending markets despite efforts to bridge the gaps, the paper noted. Lenders in the auto loan market, for instance, rely heavily on credit scores to rate the creditworthiness of borrowers, but those scores have limitations, it explained. Credit scores are based on historical data and may not necessarily reflect applicants’ current risk profile.

Another shortcoming is that as many as 45 million American households do not have credit scores, and half of the remaining 190 million consumers are subprime,” the paper pointed out, citing data from the Consumer Finance Protection Bureau. The proposed Credit Access and Inclusion Act of 2021 attempted to bridge that gap by allowing lenders to use applicant data on punctual payments of rent, utilities, and phone bills. In other attempts to expand credit access, fintech lenders have sought to track the digital footprint of applicants for risk profiling. But the wide use of such new data sources “may not be a feasible option for policymakers and lenders,” the paper stated.

According to Jiang, the benefits of digital employment verification have encouraged more lenders to participate in the auto loan market, as well as lenders to expand in other forms of consumer lending as well. Digital employment verification is useful in ascertaining creditworthiness of loan applicants, both for scale and cost advantages. “If we make the verification and transmission of information less costly, large value can be extracted from ‘old fashioned’ data,” it stated.

“Consumers’ finances are being stretched these days because of inflation, and access to credit is perhaps more important than ever for disadvantaged consumers compared to better times.”— Zhenling Jiang

In the study’s model, employers outsourced employment verification inquiries from lenders to Equifax, which operates a digital employment verification system. That system allows lenders, with permissible purpose, to verify the employment credentials of applicants “digitally and instantaneously,” and at a low cost. “Given the digital revolution across many industries, consumers have come to expect fast decision-making,” said Jiang.

The expanded access to credit is especially important in the study’s sample of auto loans because it also helps low-income applicants own a vehicle that they can use to drive to work or do shopping, the paper noted. That is significant, considering that 69% of the loan inquiries in the data came from deep subprime and subprime consumers.

The employment data could also increase welfare for some consumer groups without negatively impacting others, the paper stated. “The employment information allows lenders to adjust their risk evaluation of low-credit-score consumers with current employment.” That opens the way for them to offer more loans to these consumers without substantial increases in the interest rates, Jiang said.

The study also covered the “credit-invisible population,” or people without credit scores, which could include new immigrants without a credit history. But if they have jobs, employment verification could put them on an equal footing with consumers who have a credit score of 642 but whose income and employment details cannot be verified, according to a separate white paper Jiang co-authored on the subject. Digital employment verifications have the same effect on the loan approval rating as a 90-point boost in the credit score, the paper noted.

Jiang said the study’s findings are especially relevant in the present times. “Consumers’ finances are being stretched these days because of inflation, and access to credit is perhaps more important than ever for disadvantaged consumers compared to better times,” she said.