In 1949, an African-American marketing executive for the Pepsi-Cola company named Edward F. Boyd attended a performance of Arthur Miller’s Death of a Salesman. By his own account, Boyd was moved to tears by the play, deeply affected by its resonance with his own experiences and observations of salesmanship in mid-20th century America.

“Here was a guy who was a success,” Boyd later said of the play’s protagonist, “but in the end, it all came back down on him.”

Boyd, however, was no Willy Loman. Although he was fated to experience his own share of disappointment, Boyd’s role in Pepsi’s pioneering venture to tap the African-American market by employing African-American sales personnel is a story of triumph. Boyd and his colleagues, only a dozen strong at their peak in 1951, made a significant contribution to the success of the Civil Rights movement and to corporate America’s recognition of a multi-ethnic society.

This remarkable business initiative is the subject of a new book, The Real Pepsi Challenge: The Inspirational Story of Breaking the Color Barrier in American Business, by Stephanie Capparell. An editor at The Wall Street Journal, Capparell has made an important contribution to the understanding of how the issue of race shaped every aspect of 20th century American life, including the way that signature products such as Pepsi-Cola were marketed and sold. Only an extraordinary effort by a group of gifted and courageous individuals like the team that Boyd assembled could have shaken racism’s grip on America and blazed a trail whereby social diversity and business profitability were allied forces. That, indeed, is the story that Capparell documents so well.

In 1947, the same year that the Brooklyn Dodgers shattered racial segregation in major league baseball by signing Jackie Robinson, Pepsi-Cola hired Boyd to create a special markets team of African-American salesman. In the language of the time, which had unconscious overtones of slavery and the Jim Crow era, Boyd’s sales unit was characterized in some publications as a “Negro field staff.”

Pepsi-Cola’s venture, part of the post-World War II effort to promote racial harmony, actually predated the story of Jackie Robinson by seven years. Walter Mack, the president of Pepsi-Cola, took the small, if bold, step of hiring an African-American newspaper adman, Herman T. Smith, in 1940 to help increase sales of Pepsi in the African-American community. Profit making and prophetic leadership were inseparably bound together in Pepsi-Cola’s recognition of African-American buying power.

Pepsi-Cola took this first step because of Mack’s charismatic leadership. President of Pepsi-Cola from 1938 to 1950, Mack was both idealistic and pragmatic. Born to a Jewish family in New York City, he was a liberal Republican with a genius for the unconventional — in sharp contrast to the ethos of the old South that figured so importantly in the lifestyle of Robert Woodruff, the head of arch rival Coca-Cola.

Mack came to Pepsi-Cola after co-founding the Phoenix Securities Company, an investment firm which bought and restructured companies devastated by the Great Depression and then sold them at a profit. Mack’s experience in rescuing down-and-out firms was a priceless asset when he took the helm of Pepsi-Cola in 1938. Unable to meet its payroll, Pepsi-Cola was also plagued by legal problems, including a trademark infringement suit brought against it by Coca-Cola. The matter was settled in gentlemanly fashion by Woodruff and Mack over a round of martinis, leaving Mack free in 1939 to face rising sugar prices, restive bottlers and an ominous global political situation.

Mack saw the “Negro market” as a viable solution to his cash flow problems but he astutely recognized that he would have to do more than merely promote Pepsi-Cola to African-American consumers. He understood that recognition of African-Americans’ right to fair treatment in job hiring was an essential step in winning their brand loyalty. In 1940, he began by hiring Herman Smith, followed by Allen McKeller and Jeanette Maud, two African-American recent college graduates, in sales positions. Further development was hindered by America’s entry into World War II, but Mack revitalized his initiative once the war ended.

Mack selected Boyd to lead Pepsi’s special markets team based on his proven success in wartime housing programs for the U.S. government and at the National Urban League, where he specialized in community relations. Boyd, however, had a much more diverse background. A gifted singer and actor, he had worked hard to create a career in Hollywood in the late 1930s, only to be frustrated by the demeaning, racially insensitive roles offered him.

Boyd’s lack of formal business training did not count against him in Mack’s eyes. As an assistant sales manager, Boyd hired people with a wide variety of life experience and the ability to adapt to adverse circumstance. Some, like Jean F. Emmons, one of the few African Americans with an MBA, had a business background. Others, like Richard L. Hurt, who had been a journalist covering the baseball integration story for the Harlem newspaper, People’s Voice, brought insights and skills that were invaluable in creating a bond between African-American communities and Pepsi-Cola.

The one experience shared by Boyd and all the members of his special markets team was the continuing affront to their dignity imposed by America’s segregated society. While presenting appealing Pepsi promotions aimed at the rising African-American middle class, Boyd’s team confronted forms of discrimination dating back to the end of Reconstruction. During promotional swings through the South, the Pepsi salesmen rode in the backs of buses, drank from “colored only” water fountains, and often ate and slept in private homes because they couldn’t find hotels and restaurants willing to accommodate them. For members of the Pepsi team born and reared in the South, it was a familiar, if still galling, condition of life. For those born outside of Dixie, it was a bitter and unsettling experience.

Ironically, the deepest affront to Boyd came from the man who had hired him and who had the vision to support the “Negro market” team: Walter Mack.

One of the most intractable problems faced by Mack was the resentment of Pepsi bottlers over the company’s trademark 12-ounce bottle as opposed to Coca-Cola’s signature 8-ounce bottle. Mack had used the extra cola per bottle as a marketing ploy, but the Pepsi bottlers were angry because their profit margins were trimmed to supply the difference. Critics of Mack said that the company image suffered because consumers associated the economy-sized bottles with a cheaper quality cola.

In fact, the stigma attached to Pepsi extended even to some African-American consumers, especially affluent ones. Harvey Russell, who joined Boyd’s sales team in 1950, observed that, “if you were striving … you’d serve Pepsi in the kitchen, but you’d serve Coke in the living room, when you had guests.”

Despite such obstacles, Boyd’s team made impressive strides in boosting sales among African-American patrons during the late 1940s. Thanks in large measure to long hours on the road setting up meetings with African-American community leaders; attending church, civic and club meetings; and creating clever marketing techniques, Pepsi sales soared among black consumers. Indeed, Pepsi beat out its rivals in many Northern cities. But Pepsi’s overall profits slumped after World War II, with little sign that Mack’s socially conscious efforts were going to affect a quick turn-around.

In a 1949 speech to Pepsi bottlers, Mack outlined efforts to address the problems facing the company and then, in what for most of the white audience was a throw-away remark, said that promotional efforts would be made to “give Pepsi a little more status, a little more class — in other words to develop a way whereby it will no longer be known as a nigger drink.”

Boyd was thunderstruck and walked out of the meeting in protest. Mack, when he realized the offense he had caused, tried to make amends. But, in fact, his days as head of Pepsi-Cola were numbered. He resigned during a corporate shake-up and his successor, Alfred Steele, had none of Mack’s enthusiasm for socially conscious promotional efforts.

Boyd’s team continued to build brand loyalty for Pepsi among African-American consumers. In 1951, however, a new regional marketing structure was implemented and Boyd’s team was disbanded. His salesmen were reassigned to regional offices. Boyd, the inspired leader of the group, was dismissed.

Despite the Willy Loman-like experience of things coming “back down on him,”  Boyd had succeeded in demonstrating that an African-American sales executive and a well-trained staff could successfully mount brilliantly articulated promotional campaigns, boost sales and build brand loyalty in circumstances that their white counterparts never faced. Many of their techniques, like using testimonials and biographical essays of prominent members of the African-American community, were so successful that teachers used these advertisements as part of their lesson plans. In many ways, the idea of niche marketing, now one of the most important tools in business strategy, can be traced to Boyd and his unsung group of African-American sales pioneers.

And, in the most telling testimony of the success of the “Negro field staff,” Harvey Russell, who stayed on at Pepsi, was promoted in 1962 to the position of vice president of special markets. Russell became the first African American to rise to such a position in a major American corporation. It earned him an accolade from Ebony magazine as “the top Negro in American big business.” It also inspired bitter opposition from the Ku Klux Klan, which mounted a vicious, though unsuccessful, boycott effort.

This little-known American success story has finally received the attention it deserves. Capparell’s book, well-researched and based on insightful interviews with surviving members of Boyd’s team, has achieved the double feat of adding to the growing literature of African-American achievement and supplying valuable lessons for a new generation of business leaders. 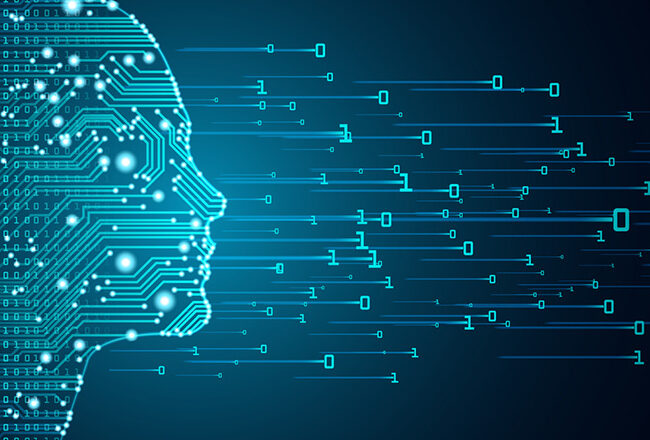 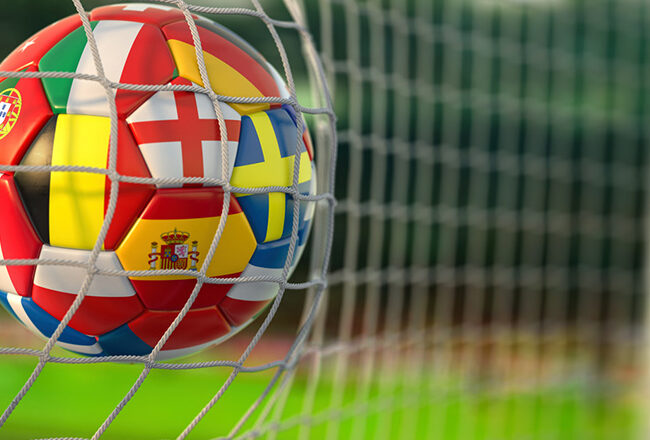 For the Win: How Immigrant Employees Boost Performance