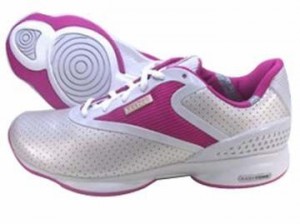 Whether you are dancing, vacuuming or simply watering plants, you can improve the muscle tone in your gluteus maximus (or “butt,” as it’s commonly known) and your hamstrings by up to 28% — that is, if you are wearing Reebok’s EasyTone or RunTone shoes.

That’s the claim the sports apparel manufacturer has made since 2009, when it first launched ads for the two product lines. However, the Federal Trade Commission (FTC) isn’t buying it. On Wednesday, the agency said that the company could not substantiate its statement that the shoes are “a better way to a better butt.” As a result, Reebok has agreed to refund its customers $25 million.

As part of the settlement, the company also agreed to refrain from making any more claims about the muscle-enhancing benefits of its shoes, but it has denied that it purposefully misled consumers. According to The Washington Post, Reebok issued a statement “saying that it chose to settle only to avoid a drawn-out legal battle over shoes that have received ‘overwhelmingly enthusiastic feedback’ from customers.”

Because of the hefty penalty that Reebok has to pay, manufacturers of footwear making similar claims — such as Skechers with its Shape-ups — might be walking on eggshells now. However, Wharton marketing professor Patti Williams says that because many consumers may not be aware of the FTC fine, “I am not sure that there is likely to be substantial damage for the [Reebok] brand overall.” The more immediate fallout will involve the EasyTone and RunTone product lines, she adds, “as their future advertising will be very closely watched, and the claims that likely made them appealing are going to be seriously curbed.”

Certainly, companies make outsized claims all of the time — just think of any cosmetic product that promises to lift sagging skin or defy aging. Sometimes, those claims are fuzzy and imply an outcome rather than promising concrete results based on science. But in the case of Reebok, Williams notes, “the claims were fairly strong and overt about the supposed benefits from the shoes.”

That doesn’t necessarily mean that consumers should have fallen for the company’s promise of a firm posterior. According to Williams, though, it’s an inevitable phenomenon. “I think that the gaps that people feel between their ideal self and their actual self, the associated impact that has on self-esteem, and the resulting likelihood that they turn to external sources to offer hope to close that gap make people likely to take risks they might not otherwise take — including spending money on products making unrealistic claims.”

And with a high-profile brand like Reebok, that pull is even stronger. “To the extent that a well-known, credible brand is making those claims, I think the sense of riskiness that people feel in placing their trust in the claim, and thus being willing to spend their money, can be diminished,” Williams says. “It would be nice if consumers didn’t believe claims that seem too good to be true…. But, ultimately, brands simply shouldn’t say things that aren’t true. No matter how much consumers want a benefit, brands shouldn’t say they can deliver it unless they really can.”