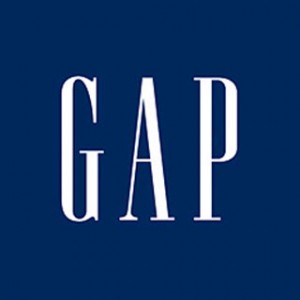 Remember those snazzy Gap commercials with the khaki-clad 20-somethings grooving to swing music?

The “Khakis Swing” spot from 1998 made Gap a sought-after brand — and now the chain is trying to recapture some of that long-dormant excitement with a new global strategy. According to a recent story from Advertising Age, Gap’s campaigns have typically been created in North America for a Western audience. But, like many retail chains, the company is recognizing that significant growth potential lies in developing overseas markets.

The Gap brand is now available in 90 countries (up from 25 at the beginning of 2010) and has 459 stores outside North America. In February, Gap named a new global advertising agency (Ogilvy & Mather); replaced North American president Marka Hansen with Art Peck, formerly head of the chain’s outlet business, and named Seth Farbman as its first global chief marketing officer. Farbman told Ad Age that his efforts will focus on storytelling, social media and coming up with ideas that teams will execute on the ground in San Francisco, London, Tokyo and other regions.

At Gap and elsewhere in the retail sector, brand identities are changing as companies diversify to attract a global audience. At a Penn Fashion Week lecture in April, fashion designer Vera Wang and William Fung, managing director of Hong Kong-based trading company Li & Fung, both predicted that as countries like India and China emerge as major consumer markets, business strategies will no longer be limited to what styles will work in major U.S. cities or in Europe. “The world is going to be a smaller place,” Wang noted.

Fung, whose company sources and coordinates supply chains for about 30% of the brands found in the average American shopping mall, told Knowledge at Wharton that China’s increased buying power will likely lead to “a lot of innovation and design that’s specifically tailored for the Chinese market. When that happens, that will also influence the rest of the world,” just like Americans’ increase in consumption after World War II meant that many products were initially created for the American market.

Efforts to become relevant on a global scale aren’t limited to clothing companies. When Knowledge at Wharton interviewed Alan D. Wilson, CEO of spice maker McCormick, earlier this year, he talked about some of the ways his firm is trying to make its products accessible in overseas markets. For example, “the spice market in China is much, much smaller than you would expect because consumers are cooking with things like chicken powders and bouillons and those sorts of things,” he said. “Because of that, our product line is a little different in China. We are selling certainly spices and herbs, but we also are selling some Western products like ketchup, salad dressings and jams. But we are also selling chicken powders and chicken bouillons that are [in line with] the way people cook there. We have to keep adapting to what people do in their local market.”

When it comes to a global ad campaign, even the smallest detail counts in trying to send the right message, William Lauder, executive chairman of cosmetics company Estée Lauder, told Knowledge at Wharton. He recounted a story about pitching an ad campaign that included a white birthday candle to the firm’s Asia brand managers. Their initial reaction was total silence. “I said, ‘Guys, what’s up?’ … They said, ‘Well, you know, in Asia, we only burn candles like this when somebody dies,'” Lauder recalled. “It was a revelation to us…. Easy to fix, but that’s a cultural relevance piece. In other words, so there’s a consistency of the image, you just change the one thing that all of sudden says the wrong thing to the consumer. The most classic case is the Chevy Nova marketed in Latin America. In Spanish ‘nova’ means ‘no go.'”

Will Gap’s new ad campaign swing or stumble? We’ll just have to wait and see.