Are Family Businesses the Best Model for Emerging Markets? - Knowledge@Wharton

Are Family Businesses the Best Model for Emerging Markets? 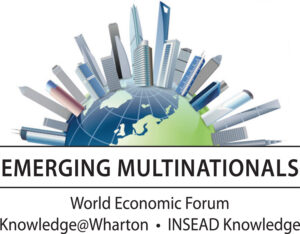 They’re all family businesses, although they are not typically thought of that way.

Harvard Business School professor Tarun Khanna recalls that when he first started researching family firms 25 years ago, colleagues told him, “You shouldn’t bother to study family businesses, because they are transient phenomena. As the world modernizes, they’ll go away.” But today, they are in “pretty much every country around the world,” Khanna says.

In fact, family companies—some publicly traded, some private, non-traded—constitute about 80% of firms worldwide, according to Christine Blondel, an adjunct professor at the Wendel International Centre for Family Enterprise at INSEAD. And according to the 2015 Global Family Business Index from the University of St. Gallen and EY, the “Family 500” (500 largest family firms worldwide) account for a combined $6.5 trillion in annual sales — “enough to be the third-largest economy in the world.”

Family businesses can be found in “virtually every sector,” notes Blondel. “Even in the car industry, which is very capital-intensive.”

Why the Family Business Model Works

The experts agree that family businesses can (and do) flourish both in developed and developing markets. Some of the advantages, they say, are the same wherever you go.

Blondel is a strong believer in the model, calling it the “natural” way to do business. She observes that often entrepreneurs get their head start using family funds, or they invite family members to help staff the business. Moreover, a family business is a place in which “you trust the people you work with.” A family member will often be placed in charge of finance, for instance. “And in a market where the legal, contractual framework is not very developed, trust is even more key to doing business.”

The “Family 500” (500 largest family firms worldwide) account for a combined $6.5 trillion in annual sales, enough to be the third-largest economy in the world.

Both Blondel and Wharton professor of management Raffi Amit observe that a unique aspect of family businesses is a focus on long-term sustainability. Says Amit, “They’re not investors that buy stock based on the most recent quarterly earnings…. These are families that own a business for many generations — own and control, and in some cases also manage.”

An advisor to family firms, Blondel says she really enjoys working with them. While of course they are “not all angels,” she says, “they are not here for value only, they are here for values. It’s refreshing versus what you read in the press: the scandals, the short-term views, money before everything.”

Amit notes that he works with many large family businesses around the world, and quotes one executive as telling him, “Well, our planning horizon is 20 years.” “Show me one CEO of a publicly traded American company that has a 20-year planning horizon,” Amit comments, adding that none of those CEOs even survive in the job that long.

Moreover, according to Blondel, family firms may tend to enjoy more financial stability. She quotes research showing that while non-family firms experience more dramatic highs and lows, “overall, family firms are much more stable and perform better.” They also develop long-term relationships with their employees, she says, which makes them more reluctant to lay people off in a crisis and enables them to recover more quickly afterward.

There are, of course, drawbacks to the family business model as well. For example, family conflicts can easily occur. Blondel identifies some of the main ones: It may be difficult to identify a likely successor among the founder’s children, or the founder may be reluctant to let go of the reins. Family members who are hired but don’t perform well can be another source of tension. And there may be a lack of adequate communication between family members who actively participate in the business and those who don’t.

Khanna asserts that attracting outside talent can be a problem, as candidates may find themselves bumping up against a “family glass ceiling.” Outside capital, too, may be hard to attract. Capital providers may feel they won’t have enough access to information about how the funds are being allocated. “They tend not to trust [the situation], and potentially the deal falls apart.”

But these drawbacks are much less of a problem in emerging markets, Khanna says, simply because there is less outside talent and capital to be had, and often no “fair and transparent set of rules in society and institutions” in the first place. As a result, many entrepreneurs readily choose to keep their business within a tight circle of family members and close associates. “So you end up having a lot more family stuff going on in Nigeria, Indonesia, India, places like that.”

Along the same lines, Amit notes that some successful families may create a conglomerate and use the internal capital to sustain their business. For instance, during the 1997 Asian financial crisis, one large conglomerate in the Philippines was able to continue to operate “because they used the assets of the conglomerate to borrow from banks, and to help [themselves] grow, and actually buy out businesses during that time.”

Emerging multinational executive Ramon Mendiola sees merit in both the family and non-family business approaches. Mendiola is the CEO of the Costa Rican food and beverage company FIFCO (Florida Ice and Farm Company). Controlled by a group of families and publicly traded on the Costa Rica stock exchange, the firm has over 6,000 employees and revenues of about $700 million.

Mendiola says that he is the only family member involved in the company’s day-to-day operations. “I am kind of a weird specimen,” he states. “One of the [owning] families is my family, but I’ve been here as the CEO for the last 12 years.” All the previous CEOs of FIFCO were independent, he says.

Mendiola’s previous career experience was in multinational non-family-owned businesses such as Philip Morris and Kraft Foods. “When I joined [FIFCO] I tried to take the best out of the multinationals [such as accountability], but at the same time also to keep some of those family-related values that for me were quite important…. I think that recipe has worked very well for us.”

“In a market where the legal, contractual framework is not very developed, trust is even more key to doing business.” –Christine Blondel

He says he has steered the company away from compensating and promoting employees on the basis of tenure with the company—which had been a family-business-based tradition—and more toward performance-driven indicators. On the other hand, he has preserved the family value of treating people like they are “not just a number.”

Mendiola also sees in a family business the ability to reduce what he views as unnecessary bureaucracy. “With Philip Morris and all those companies we used to spend a lot of time on budgets and meetings and approvals…. I have tried to stay away significantly from the control freaks.”

The Power of Family in Emerging Markets

Emerging markets known for big, successful family businesses include India, where according to Amit, most of the large multinationals are family-owned. One of the most high-profile is the Reliance Industries conglomerate owned by the Ambani brothers. “In India [family] firms play an enormously important role in the development of the economy and the prosperity and the wealth that can be created,” says Amit. “Not just for the family, but for the country and the thousands of employees who work there.”

In some developing countries, family businesses not only help build the economy but engage in philanthropic efforts. The Philippines has the Ayala Foundation, a branch of the family-owned Ayala Corporation, whose vision statement is, “communities where people are productive, creative, self-reliant, and proud to be Filipino.” In India, GMR Group has a corporate social responsibility arm known as GMR Varalakshmi Foundation, whose objective is to “develop social infrastructure and enhance the quality of life of communities.” Also in India, according to Khanna, the family-owned multinational Tata Group “in an amazing act of charity gave away its ownership completely to a charitable trust which benefits the country at large.”

Of course, family-owned businesses can only operate in countries where the model is permitted. China is typically associated with state-owned businesses. Yet, says Blondel, “You’d be surprised to see that in China you have a lot of private entrepreneurship. I don’t have numbers, but I myself was invited to teach there in Shanghai about 10 years ago by a Chinese textile tycoon…. I had an audience of family firms, all being from mainland China, and some multi-generational.”

“Show me one CEO of a publicly-traded American company that has a 20-year planning horizon.” –Raffi Amit

When do family firms become too large, to the possible detriment of a country’s economy? Khanna notes that this occurred in pre-Mandela South Africa, “where you had four or five companies that had a very large portion of the Johannesburg Stock Exchange, and that’s really unhealthy.” He contrasts that with modern-day India, for instance, where “it’s very difficult for even the top ten families to come and exert any meaningful control over anything. That’s a much healthier situation, where nobody is individually so powerful that they get to make a mess of things.”

Khanna and Amit also hold up the example of South Korea, in which a small group of family-owned firms not only dominate the business landscape but also possess some government connections. The group includes well-known names such as Samsung, Hyundai, LG and SK. Amit says, “Samsung is … controlled by the Lee family in Korea, and Mr. Lee is the former president of Korea. Talk about political connections of a family.”

Pointing out that these businesses are involved in many sectors of the economy — not only cars and electronics — Amit notes that “those concentrations of assets can adversely affect competitiveness in the economy.” He explains, “It gives me more monopoly power in the various businesses that I’m in, because I’m controlling the prices.”

Although dominant families such as these were largely responsible for the country’s becoming an economic powerhouse after the Korean War, “for the last ten or 15 years the state has been trying to break away from that [situation],” states Khanna. Amit agrees, “It’s an issue that South Korea is well aware of….  I think that the eight largest families control roughly 75% of the GDP.”

Overall, there are pluses and minuses to the family business structure, says Khanna. But, he comments, “Particularly in times of turbulence, family companies might be actually a very good structure. Because everyone in there trusts each other, and they kind of batten down the hatches and survive.”

"Are Family Businesses the Best Model for Emerging Markets?." Knowledge@Wharton. The Wharton School, University of Pennsylvania, 31 May, 2016. Web. 04 December, 2021 <https://knowledge.wharton.upenn.edu/article/family-business-model-works-better-markets-others/>

Are Family Businesses the Best Model for Emerging Markets?. Knowledge@Wharton (2016, May 31). Retrieved from https://knowledge.wharton.upenn.edu/article/family-business-model-works-better-markets-others/