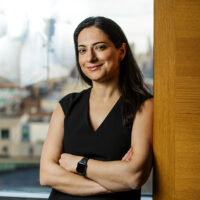 Facebook is aggressively ramping up its video strategy, cultivating content whether it comes from users, advertisers or Hollywood, or is developed internally. With its nearly two billion monthly users, the social network could make a big dent in traditional TV and help usher in a major shift towards social TV, Wharton experts say. The social network’s latest video push is partly due to a need to find more ad spaces. In its latest earnings call, Facebook says growth in the second half of 2017 will slow due to a peaking ad load, or how many ads are served up to users.

CEO Mark Zuckerberg is also tipping his hat to a fast-growing trend: Digital video viewing is exploding. According to Cisco Systems, video accounted for 60% of mobile data traffic in 2016 and should rise to 78% by 2021. The Interactive Advertising Bureau says ad spending on U.S. mobile video rose 178% in the first half of 2016 from a year ago, comprising more than 40% of the $3.9 billion total online video market. “Social media is moving from text to pictures to video, so Facebook is following its consumers,” says Wharton marketing professor Jonah Berger.

Facebook’s video efforts include the recent launch of Facebook Live, which is a live-stream service similar to Twitter’s Periscope. The social network also created an app for Apple TV and other set-top boxes so people can watch its videos on a TV screen. It debuted 360-degree videos and reportedly is planning to add episodic shows from Hollywood — or produce its own original content — up to 30 minutes long. The company has hired Ricky Van Veen, co-founder of video site CollegeHumor, as creative chief, and also MTV executive Mina Lefevre to develop original TV shows.

“Although Facebook has not historically been a media company, it makes sense that they want to [prevent] their massive user base from moving to other online sites that have scripted show offerings. Therefore, they are capitalizing on a very ‘hot’ area right now — online scripted shows,” says Shawndra Hill, senior fellow at the Wharton Customer Analytics Initiative.

“The democratization of content, production and consumption has already begun.”–Shawndra Hill

“It could possibly be a perfect marriage between a large, engaged user base, new and exciting content, and perhaps most importantly, an already healthy advertising ecosystem that users are very familiar with,” Hill adds. “Even more interestingly, Facebook has a way to reach millennials, a group of viewers that companies find hard to reach by traditional advertising.”

Wharton marketing professor Pinar Yildirim further points out that the lines are already blurring between social networks and media companies. “Both are ultimately about content creation — whether by users or professionals — and consumption,” she says. Folks now are using social media and watching TV concurrently. “Combining the two, or allowing individuals to also interact over networks while consuming content, is eliminating one friction.”

Indeed, “the world is moving in the direction of consuming more media content online. As people spend an increasing proportion of their day using online services for scripted content, it will be even more difficult to grasp consumer attention via linear TV,” Hill says. “Attention will be fragmented by online services.”

But social TV needs good content to thrive. To encourage creators, Facebook took a page from YouTube and agreed to share ad revenues. It will keep 45% of the pot, according to The Wall Street Journal. However, in a departure from industry practice, Facebook has banned pre-rolls, or ads that play in front of the content, in favor of those that play in the middle of the video for a better user experience. Facebook also is paying some celebrities and media firms to create Live videos.

“Videos are a good way to elicit engagement. For example, they draw more comments than photos,” says Kartik Hosanagar, Wharton professor of operations, information and decisions who has written a research paper on Facebook. However, “one challenge for Facebook has been that its users have slowed down in terms of the amount of content and updates they now post on the social network. Also, Facebook has been looking for ways to diversify its business. In light of these two observations, the decision to go into video starts to make sense.”

The Race for Ad Dollars

Facebook and Google already attract the most online advertising dollars. With the video push, Facebook and Google’s YouTube “may replicate their mobile advertising dominance,” according to a report by Bloomberg Intelligence. To be sure, there are plenty of other video contenders. “Google, Facebook, Snapchat, Yahoo and Twitter all aim to compete for new video ad dollars,” the report said. Also in the running are Hulu and Amazon. Thus far, Netflix is avoiding commercials.

“People just want to see what their high school buddies are doing — and making it a standalone entertainment service might not work.”–Peter Fader

“All of these services will aim to crowd out one another. For the consumer, however, it will be great to have fresh new content that is both similar to traditional TV via existing TV network partnerships, and innovative [services] by introducing solutions like virtual reality, where viewers themselves can be ‘part’ of shows,” Hill says. “I foresee a lot of innovation and evolution in this space before we can say for sure what is most interesting to viewers. In any case, the barriers are low right now for people to switch around and watch all solutions (from Hulu to YouTube to Facebook). However, this might not always be the case, as content providers think through pricing for their solutions.”

YouTube is making changes to be more competitive. It will do away with 30-second ads that cannot be skipped starting in 2018 in favor of other unskippable formats, like six- and 20-second ads. Netflix is looking into creating versions of its content that look better on small screens. Facebook has launched an ad campaign — reportedly the biggest in its history — encouraging marketers to create video clips that would display well on smartphones.

“The key is to design the content to fit the medium,” Berger says. “Understand how consumers are using these mediums and what they are looking for, and build content that matches” the format. Adds Katherine Milkman, Wharton professor of operations, information and decisions: “My research suggests that if the goal is to create viral content, then making sure the content elicits an emotional response is key. The types of emotions that make your heart race … are more useful for creating a viral response than emotions that dampen excitement, [such as] sadness. Making it useful, surprising and interesting is also important.”

Hill points out that these ads are useful to Facebook advertisers because they “open the door to do more precise one-to-one marketing. From an advertiser’s perspective, the most exciting aspect of these services is that viewers can be reached both inside their living room and just about anywhere else — on the subway or a plane, for instance,” Hill says. “In addition, these services will know exactly who is watching and for how long, since viewership will be linked to an individual-level user ID.”

“Will it be successful? It’s anyone’s guess. Consumers have enough options for video today.”–Kartik Hosanagar

Hill adds that since people are already online, “advertisers can provide calls to action that land viewers on the relevant web pages to get information or make a purchase — or even better, the calls to action can be voice-activated to simply say ‘purchase’ in the future to reduce the likelihood that people turn away from shows. Once online media solutions have reached the point where they are replacing linear TV in significant numbers, TV and ad measurement the way we know it now will be dead.”

Wharton marketing professor Peter Fader says Facebook ought to consider a premium service that includes videos and other content and services accessible only to paying members. “Look at Amazon Prime and how they leveraged it in so many different directions” including bundling digital video, two-day shipping, e-book rentals and other perks, he points out. “Who can deny the success of that? [Facebook needs] to be looking in that direction.”

It should learn from the missteps of struggling YouTube Red, the video site’s premium service that is free of ads, carries original content developed by YouTube and allows offline playback. “It’s just not clear to me how different the [subscriber] experience is,” Fader says. “With Amazon, it had free shipping, etc. Maybe [YouTube Red’s proposition] just wasn’t enough.” YouTube Red costs $10 a month or $120 a year, higher than Amazon Prime’s $99 yearly cost.

But will people want to watch TV on Facebook? Perhaps “people just want to see what their high school buddies are doing — and making it a standalone entertainment service might not work,” Fader says. “But on the other hand, it now has such a share of mind [and] it is such a huge platform that it makes sense for the advertiser to go there.” He points out that Facebook has already evolved during its 10-year history and it could become a multifaceted platform one day.

One thing is clear: There is a definite shift away from traditional TV. “I think we’ll move away from thinking of scripted shows as TV,” Hill says. It will all just be content. “We will soon enter a world where we call content connected media and it will be watched over the internet. The democratization of content, production and consumption has already begun. There will continue to be many players in this space initially, but we will eventually converge to a few large players, I think.”

Will Facebook be one of those remaining players in video? “Will it be successful? It is anyone’s guess. Consumers have enough options for video today. For social video, there is YouTube. For premium content, we have Hulu and Netflix,” Hosanagar says. “So it’s unclear what niche Facebook can occupy in that market. Unless Facebook identifies a clear niche … it’s not clear it will have mass market success.”