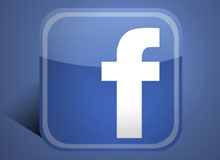 Attracted by the promise of jobs and tax revenue, most towns would offer significant economic incentives to attract a large corporate headquarters. But being the home base of a corporate giant like Facebook has its challenges, too. At least that’s the position leadership in the city of Menlo Park, Calif., are taking in asking the social media behemoth to consider compensating the city for some of the increased pressure the company’s expansion creates on civic services and the potential impacts it has on sales and property taxes. But Wharton real estate and finance professor Susan M. Wachter says the story is an example of the need to rethink city tax structures in an increasingly knowledge-based economy.

Three months ago, the rapidly expanding Facebook moved its headquarters from the Stanford Research Park in Palo Alto, Calif., to two sites in neighboring Menlo Park that formerly housed Sun Microsystems and Tyco Electronics. The social media company now wants to expand by building more office space at the former Sun campus, asking the city to nearly double the permitted employee count there from 3,600 to 6,600. A city study found that Facebook’s move will bring many benefits to the municipality, including $8 billion in construction spending and related jobs, new property taxes of $182,000 and sales taxes of up to $55,000 annually, according to the San Jose Mercury News.

But the expansion also creates potential stumbling blocks for the city. For one, Facebook’s online ad sales don’t bring in revenue from sales taxes. By contrast, the computers, components and other products produced by Sun Microsystems led to Menlo Park reaping sales taxes of up to $827,000 annually, or 15 times what it could get from Facebook, the Mercury News reported. The relatively high salaries paid to Facebook employees could increase the price of property in Menlo Park, but a California law called Proposition 13 will cap the property tax revenue the city could earn. Another worry expressed at recent city council meetings was that Facebook’s expansion will increase the pressure on civic services.

The story begs the question: Do cities need to revisit their incentives and job-creation programs in an increasingly knowledge-based economy? “There may indeed need to be a rethink of the reliance on sales taxes for goods as we move to more of a virtual world, where services are exchanged and knowledge is created,” Wachter notes. “The problem here is the reliance not on property taxes but on sales taxes.”

Facebook leadership has said the firm is willing to consider investing in some of the mitigating features city officials propose. Among them are payments to compensate for its relatively lower sales tax contributions, investments in affordable housing, and local bike trails and shuttle services to help alleviate traffic concerns. “Beyond that, it’s worth noting that Facebook didn’t go skulking around Silicon Valley demanding tax breaks or incentives,” San Jose Mercury News columnist Chris O’Brien wrote.

Wachter points out that it is not unusual for municipalities to negotiate with companies over the services and costs that will shouldered by the community and the revenue that will be brought in by the firm. Facebook’s proposed expansion could potentially benefit both Menlo Park residents and the company. “But there are costs that will be borne by Menlo Park and benefits that will accrue to Facebook,” she notes. “Thus, negotiations are in order.” An environmental impact assessment report due in late April is expected to help decide the course for Facebook’s expansion plans.

The debate over Facebook’s headquarters expansion underlines some ground realities as the virtual world advances, according to Wachter. “In the immaterial world of services that Facebook delivers, in the end, they deliver these services from real space,” she says. “Land and location matter.”