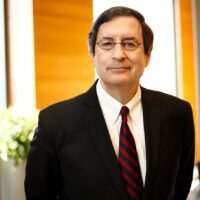 As the noose tightens around more corporate necks at Enron, however, one question that arises is why Enron itself is not the target of a criminal case. After all, the Justice Department indicted and ultimately convicted Enron’s auditing firm, Arthur Andersen LLP. Is it possible for an entire auditing firm to be guilty of a crime in connection with an auditing engagement while the client for whom the audit was performed is not guilty of anything?

The answer to this question brings to the surface some of the underlying legal currents in the Enron story and demonstrates the sheer power of government prosecutors to decide the future of both companies and executives once evidence of wrongdoing comes to their attention.

First, a brief review of the facts: Enron unraveled in the fall of 2001 as the full import of its off balance sheet transactions and insider conflicts of interest became known to investors. With its stock price tumbling and business interests collapsing around the world, Enron declared bankruptcy in December 2001.

As Enron investigations were being opened, the company’s auditors at Arthur Andersen began a hurried program of document destruction related to their audit work for the firm.  Andersen later claimed that it was simply getting rid of unimportant and irrelevant papers associated with Enron. But prosecutors saw it differently and opened an independent investigation into whether individuals at Andersen had obstructed justice by disposing of Enron-related documents. Eventually, prosecutors indicted the entire Andersen firm, using as their chief witness the lead partner at Andersen’s Houston office, David Duncan, who pled guilty to obstruction rather than face a trial of his own. A jury in June convicted Andersen as a firm, and the company, already abandoned by most of its audit clients, has effectively dissolved. (The Geneva-based parent company, Andersen Worldwide, continues to operate and this week made a tentative offer of $60 million to settle lawsuits stemming from the Enron case.)

Now come the latest moves in the Enron case. Finance executive Michael Kopper has pled guilty to various counts of securities fraud and related crimes. He, like Andersen’s Duncan before him, will be the star witness in a second round of criminal indictments.

But unlike the Andersen case, the target this time is not Enron itself but rather its corporate leaders. Why go after the firm in one case and the people in the other?

“There is some literature in the field of business ethics,” says Wharton legal studies professor Thomas Dunfee, “that makes a distinction between a bad apple and a bad barrel. The question is, under what circumstances does a corporation go from being a good organization that has a few bad people to being, in essence, a bad barrel because there is a critical mass of bad apples, or because there are other external factors that have come to negatively affect the quality of the barrel.”

One can speculate, Dunfee says, that “the government decided Andersen was a bad barrel early on, but has not yet reached that conclusion about Enron. At Enron there are Fastow and others whom one could argue are bad apples. But it’s not clear that they permeated the organization. A number of others in Enron, who relied on and trusted executives like Fastow, may have been taken advantage of, not realizing the extent to which Fastow, Kopper and others might have been self-dealing.”

In Enron’s case, it is too soon to know what the result of the Justice Department’s investigation will be, but their cause has clearly been helped by Kopper’s decision to plead guilty August 21 to wire fraud and money laundering. In addition to agreeing to turn over $12 million earned from questionable off-the-books partnerships, Kopper has also agreed to testify about “kickbacks” to Fastow. According to press reports, the government is also investigating other individuals involved with Enron, ranging from the former treasurer to friends and family of Andrew Fastow’s.

Dunfee suggests that the government’s decision to indict Arthur Andersen as a company may have been influenced by Andersen’s “systemic failures across so many different audits,” including those for Waste Management Inc., Global Crossing, Sunbeam and The Baptist Foundation. “At some point Andersen may have changed in its character from a company that was viewed as one of the best in terms of its values” to a company where Enron, which Andersen had audited, was able to press for the removal of an Andersen auditor who questioned the off balance sheet partnerships and other examples of creative financing. “Allowing the removal of the skeptical auditor gave the appearance that Andersen’s internal quality control system was breaking down,” Dunfee says. “As a result, the government might have come to view Andersen as a bad barrel.”

William Laufer, legal studies professor and director of the Zicklin Center for Business Ethics, also suggests that the specific actions of Andersen played a large role in its eventual indictment. “Andersen failed to accept responsibility for its misdeeds and cooperate. That really moves prosecutors in the direction of proceeding against the entity.” Andersen, Laufer adds, “is a good example of a company that failed to heed the advice of preventive law experts who counsel corporations like Andersen to essentially fall on the sword, to offer up the most culpable employees within the organization, in exchange for” some form of leniency.

When an organization does cooperate and accept responsibility for its misdeeds, Laufer says, “it often ends up with a creative plea agreement or a significantly mitigated sentence. “The result is that prosecutors have far less incentive to proceed against the organization because the fine levels will be so low.”

Laufer considers the Justice Department’s prosecution of Andersen “remarkable, given that the firm was so large, diversified and profitable. It’s a highly unusual move when you consider that on average more than 95% of the corporations convicted in federal courts each year are small, privately-held businesses with 50 or fewer employees. The Justice Department’s action against Andersen was clearly a symbolic prosecution, driven in part by concerns over fairness and legitimacy in the markets.”

As for Enron, there are valid questions about the use of criminal law to prosecute bankrupt corporations, Laufer says. “This came up in the Sabre Tech case in Florida. Sabre Tech was the company that supplied defective oxygen canisters to the ValuJet company, one of whose planes crashed in 1996 killing everyone on board. Sabre Tech was criminally indicted and prosecuted in federal court. Subsequently state prosecutors in Florida wanted to proceed against the company, once it was insolvent. The question arose there: What role should criminal law play in a company that is bankrupt?”

Prosecutors, Laufer notes, “are much more comfortable criminally prosecuting individuals. Everyone harbors the same metaphysical questions about what it means to criminally indict a ’lifeless’ entity. Some of the better criminal law scholars believe that the criminal law should not apply to corporations. It’s one thing to think about a human being having the state of mind required by the criminal law. The idea that we impute or attribute intentionality and action to an entity, some argue, makes no sense.”

All that said, Laufer adds, “prosecutors have so far been remarkably slow with the indictment of individuals in the Enron case, which suggests that the Enron story is not yet over.”

John C. Coffee, a law professor at Columbia University Law School, agrees that the Justice Department’s decision to go after individuals at Enron rather than the whole company could have a practical motivation. The fact is that “Enron was in bankruptcy. There is very little point in indicting an insolvent, bankrupt corporation because all you are doing is levying fines that are going to come out of the [funds owed to] creditors.” When a firm is a going concern, “there may be some reasons to hold shareholders responsible: For example, a fine imposed on a corporation is indirectly imposed on shareholders and that may cause them to monitor managers more closely and to seek out more honorable ones.” But once a company is in bankruptcy, these incentives don’t hold. “Creditors are looking at getting their share of a bankrupt entity that is probably not going to be meaningfully reorganized.

“We haven’t yet seen the government indict WorldCom either, which is also in bankruptcy,” Coffee adds.

The Enron investigation, he says, is proceeding in “the classic manner of most investigations, with the government starting at the bottom of the pyramid and moving to the top, trying to flip those people who are less culpable but who have evidence necessary to convict those higher up. In that light, what really determined the Arthur Andersen prosecution was that it was perceived – wrongfully – as being easy to flip. The government thought [employees of Andersen] would cooperate, turn state’s evidence and provide useful information about accounting irregularities. It didn’t work out that way. The government only got a minimum charge [of obstruction].”

The Justice Department can also rationalize its strategy, Coffee suggests, by deciding to “use criminal sanctions when lesser sanctions have failed. In the case of Arthur Andersen, the company had just been subject to major SEC discipline in the Waste Management case the prior year. In that instance, the SEC felt it had found egregious violations and had enjoined Arthur Andersen from future violations.” After the situation at Enron came to light, “prosecutors could say, ‘Andersen is at it again. These civil sanctions didn’t work.’ Also, Arthur Andersen was quite solvent.”

The government may be taking its time in the Enron case to be sure it gets as much evidence as possible, Coffee adds. “If you indict prematurely, you restrict your ability to get further evidence to a grand jury. Arthur Andersen showed that … Progress has been made by the government in the Enron case, including the flipping of Kopper, which was the result of a great deal of hard work.”

Had Enron not been insolvent, Coffee says, “I think it would have eventually been indicted. It may still be, but it’s pointless to try and get fines from a bankrupt organization.”