Convincing the Swing Vote: How to Lure ‘Non-customers’ 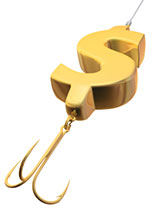 There’s an old saying in marketing that customers don’t buy products or services; they buy solutions. In other words, the more a company knows its customers, the better it is at predicting their wants and needs and solving their problems.

Understanding a firm’s core customers shouldn’t be too difficult. After all, they’re frequent users of its products and are apparently satisfied with what the brand already offers. But understanding the wants, needs and problems of non- and occasional customers — those “swing voters” who do not use a product on a regular basis — is a much trickier proposition.

“The first principle of finding new growth is that you’re always better off going after customers who are underserved or neglected,” says Wharton marketing professor David Bell.

Targeting new customers requires a deep understanding of their desires, attitudes and tastes. Firms must develop a keen appreciation for the market forces at play, and then figure out what’s missing in their current product line and where there may be potential openings for a new entrant. At the same time, companies must make sure that launching a product designed to lure a new customer doesn’t distract from serving the needs of current users.

It’s often hard for managers to know for certain whether introducing a new product aimed at a different kind of customer will be a worthwhile investment, both in terms the cost and the effort required. Many companies have successfully won over new customers by using short-term experiments to test the waters for a broader launch.

Company leaders on the hunt for new customers ought to ask themselves two questions, Bell advises. “One, is there potential growth here? And two, do I have the capabilities — both operationally and brand-wise — to jump into this new area?”

Going after a new customer with a new product requires a copious amount of market research. Companies must become very familiar with their target customer’s needs, problems and psychological make-up. Firms must estimate the size and value of the customer base they’re pursuing, and calculate how much effort they must exert, and how much it will cost, to acquire new customers.

“The ‘customer life value equation’ is easy to do in conception, but in reality it is very difficult,” says Bell. “The biggest mistake companies can make is spending a lot of money that they’re never able to recoup to acquire a new customer.”

When designing a new product for a new customer, company leadership must find out what their competitors offer and where there may be gaps in the market. Firms must predict how much volume the new product might sell, what price it will sell at and how much cannibalization it will cause within the existing portfolio, experts say.

The new product might need a different sales channel; it might even require a new brand name. “Many companies succeed with sub-brands,” says Bell, pointing to the Courtyard by Marriott, a mid-priced spinoff of the higher-end hotel chain targeted at budget-conscious business travelers and families, as an example. “You’re not going to get all of the lavish services of the Marriott, but it will be near freeways and it’s for business travelers, and the Marriott brand is behind it. It’s a way to have your cake and eat it, too.”

Jason Green, a principal at The Cambridge Group, a consulting firm and a division of Nielsen,saysthat companies should generally focus their efforts on new products designed for “the middle, swing voters.” The goal, he notes, is to persuade those “who are unsatisfied and not using the category as often as you’d like to use it more.”

As an example, he points to a dilemma faced by Anheuser-Busch in the mid-2000s. Spirits, flavored vodkas and wine were experiencing solid growth, but beer as a product category was stagnant. To grow the brand, the company had to understand the “compromises” that non-Bud Light drinkers were making, according to Green, who is head of Cambridge’s growth and demand strategy practice. Then it had to come up with a solution. “Beer is an acquired taste. It is has a pleasant bitterness. But the swing voters were looking for a slightly sweeter alternative,” he adds.

In 2008, the company unveiled Bud Light Lime, a lighter, sweeter beverage, and it was a hit: Anheuser-Busch saw its sales rise almost 2% in the first three quarters of that year. Half of Bud Light Lime drinkers were either new to beer or were buying the new beer in addition to the brands they usually drank, according to the company. “They invited a new user group into the brand and revitalized Bud Light by bringing in a younger [ages 21 to 29-year-olds] user and one that was generally more female,” Green says.

Marketing a new product or spin-off often requires a new approach. New customers have different mindsets and may respond to different advertising. In introducing Bud Light Lime, Anheuser-Busch rolled out a $35 million marketing campaign that evoked sun-splashed occasions like summer barbecues, picnics and beach volleyball. Ads for the flagship brand Bud Light, on the other hand, featured drinkers watching sports on TV or hanging out at a party. “If you [seek growth from new customers] correctly, you shouldn’t alienate anybody,” notes Green. “Bud Light Lime was clearly a distinctive brand and a different product.”

Nintendo’s launch of the Wii console in 2006 is another example of a company taking a calculated risk to appeal to new customers, says Kevin Bolen, a partner at Innosight, a consulting firm based outside of Boston. For years, the Japanese company was a distant third in the videogame world behind Microsoft’s Xbox and Sony’s PlayStation 3. Instead of trying to catch up in this intense market whose customer base consisted mainly of 18- to 35-year-old males, Nintendo looked to people who were not buying video games and saw a much larger potential audience. To capture it, Nintendo created the Wii, a more intuitive, interactive video game console based around sports such as tennis, golf and bowling.

The Wii drew millions of new customers into the video game market, namely families and women. It also sold remarkably well to the senior citizen demographic. Nursing homes and health care facilities used the video game system to treat patients recovering from stroke, broken bones and surgery. In 2008, a mere two years after the Wii debut, Nintendo sold over 10 million consoles, surpassing both the Xbox and PlayStation, according to NPD Group. “Nintendo successfully created an alternate segment of customers,” notes Bolen. “But even the hard-core gamers found the interactive model very cool.”

He adds that the creation and launch of a new product aimed at an entirely different kind of customer requires a certain leap of faith. “You have to have the insights and confidence that there is value to be unlocked by your unique offering.”

Companies that aren’t sure how to convert new customers — and that aren’t willing to take a giant leap of faith — ought to experiment, experts advise. Experiments need not be complicated; rather, they are a way for firms to wade into a new product or category without investing too much time and money. Companies may choose to create a small batch of a limited run product, or test something new in a particular region. They may also choose to study other countries, competitors or startups that have tried similar approaches.

“The big question companies ask is: How much can we afford to spend to solve this problem [of certain customers not buying from us]? But that’s not a good question,” says Wharton marketing professor George Day, who teaches a class called “Innovation for Growth: Strategies and Practices,” that looks at ways companies enter new markets and drive organic growth. “Instead, companies should look for a fairly tractable entry point, and ask where they can do something simple and experiment. Let’s step into it, and learn as we go.”

Experiments also enable companies to try and fail in a less costly way. Very few companies get everything right when they launch a new product for the first time, experts note. Usually there’s something leadership has misjudged: either the demand is a lot smaller than they thought, or they have gotten the target audience wrong. Before launching a new product, leaders must think carefully about the current constraints on consumption, says Day.

Day, who is the author of the book, Strategy from the Outside In: Profiting from Customer Value, says companies must learn how to “stand in the shoes of their non-consumers and their competitors and look at their market and themselves from the outside. It’s not easy to do,” he adds.

But it’s not impossible, either. Jeff Bezos, Amazon’s founder and chief executive, has over the years methodically diversified the company’s customer base with new products and services. “When Bezos started Amazon, he never expected to just sell books online; he had grander visions,” notes Innosight’s Bolen. “As a result, his company has the patience to let things play out even if Wall Street questions his actions in the short term. Years later, he is celebrated for being a ‘pioneer.'”

Bezos earned that distinction in 2000 when the company created the Amazon Marketplace, a service that lets customers sell used books, CDs, DVDs and other products. He did it again in 2006, when Amazon diversified into web services. More recently, Amazon has dabbled with online grocery shopping and food delivery. The AmazonFresh site provides home delivery to a limited number of Seattle neighborhoods in select zip codes. Analysts have expressed doubts about whether the service can be scaled up for a bigger audience.

“Right now, the company is experimenting with food sales and once again is being questioned about it,” says Bolen. “But Amazon is doing it at its own pace and will continue running these small experiments as long as [leadership] believes in the opportunity.”

Southwest Airlines, the low-cost carrier, is another company that’s in the midst of experimentation, according to Anne Morriss, who co-authored the book Uncommon Service, with Harvard Business School professor Frances Frei. Southwest has built its reputation as a value brand that delivers an egalitarian travel experience. It appeals to customers who are willing to make trade-offs in exchange for a cheap plane ticket — they’re willing to drive further to get to a less convenient airport, to go without an in-flight meal and to forgo an assigned seat.

A few years ago, Southwest began eyeing business customers, who typically represent the most profitable part of an airline’s passenger businesses. But for Southwest, the very notion of a separate class of service seemed to go against what the company stood for. In 2008, Southwest added a “Business Select” category that gives passengers first-boarding privileges, a complimentary beverage and access to faster security checkpoint lines for a modest charge.

“It’s a risk for this brand because part of their core message to consumers is that ‘we’re all the same, we’re all in this together, no one’s better than you in the air,’ notes Morriss.

The added complexity of trying to entice more corporate clients carries logistical and financial risks, which could alienate Southwest’s faithful, she warns. Part of the reason Southwest is able to keep ticket prices so low is that it can turn around planes faster, which means its high-cost assets are in the air generating revenue more often than its competitors. And part of why Southwest turns around planes faster is the special boarding procedures and the classless society it creates on-board.

Morriss says that while Southwest is a “smart company,” she cautions that businesses must make sure they don’t undermine their original strategy and business model to meet the needs of new customers. “The most successful companies are those that have a deep understanding of the priorities of their customers and make strategic trade-offs based on those priorities,” she notes.

Convincing the Swing Vote: How to Lure ‘Non-customers’. Knowledge@Wharton (2012, September 26). Retrieved from https://knowledge.wharton.upenn.edu/article/convincing-the-swing-vote-how-to-lure-non-customers/