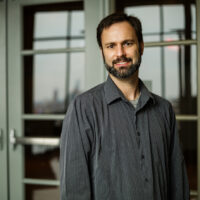 Wharton's Brian Berkey and Penn's Karen Glanz discuss how dietary changes could impact the overall health of the planet.

A new report from the United Nations is sounding a dire alarm on climate change, warning that temperatures will rise more than 1.5 C (2.7 F) if world leaders don’t act immediately to reduce carbon emissions.

The report by scientists with the Intergovernmental Panel on Climate Change describes an apocalyptic scene of wildfires, sea-level rise, extreme weather, coral reef extinction and massive food shortages as early as 2040 if global warming is allowed to continue at its current rate. With the help of technology, some of which hasn’t been invented, the world can become carbon-neutral and hold the temperature rise to 1.5 degrees Celsius, the report said.

The report adds urgency to the argument that human beings must change their diet by reducing meat consumption and eating more sustainable foods in order to save the planet. Methane release, agricultural pollution, water shortages and other problems have long been tied to the production of livestock. Following the UN report, new research from the University of Oxford calls for a “flexitarian diet” of 75% less beef, 90% less pork and half the number of eggs, while tripling consumption of beans and pulses (including lentils and peas), and quadrupling nuts and seeds. “Feeding a world population of 10 billion is possible, but only if we change the way we eat and the way we produce food,” Johan Rockström, a scientist on the research team, told The Guardian. “Greening the food sector or eating up our planet: This is what is on the menu today.”

But getting people to change lifelong dietary habits is a difficult task that often goes against personal tastes and cultural traditions. The Knowledge at Wharton radio show on SiriusXM invited two professors to discuss the challenges to creating a greener diet. Karen Glanz is a professor of epidemiology and nursing at the University of Pennsylvania and a visiting professor at the University of Hawaii Cancer Center. Brian Berkey is a Wharton professor of legal studies and business ethics. He’s also a fellow in residence at Harvard University’s Safra Center for Ethics. The following are key points from their conversation.

“My instinct is that trying to persuade people to change what they’re eating is only one piece of the puzzle.”–Karen Glanz

Altering food consumption patterns is certainly difficult, but it’s not impossible. Changes are often driven by health trends that catch on slowly as the message is repeated over time. After years of public education campaigns about cancer and other health risks, tobacco use has dropped significantly in the United States, Glanz said. And consumption of pork and beef has leveled off somewhat because of concerns about heart disease.

“There have been some gradual changes, and fairly significant,” she said. “The question then becomes, are we going to be able to move the needle significantly in relation to this challenge and this threat related to climate change? My instinct is that trying to persuade people to change what they’re eating is only one piece of the puzzle. It’s going to take multidimensional efforts and probably gradual efforts. It’s not like everybody’s going to give up meat, for instance.”

Big industry players need to partner in change, Glanz added, pointing to consolidation over the years in beef production. Few small producers are left in the U.S., where livestock is raised mostly by conglomerates. “If the meat industry is going to be a partner in this and try to participate beyond changing its methods of production, one thing that I think will be necessary is to look at what can they do instead of this? Because nobody just wants to have their business go belly up.”

According to Berkey, one way to reduce worldwide meat consumption is to hammer home the message that production methods are not free of cruelty to the animals that end up on dinner plates. In order to meet demand, food producers must engage in farming practices that are environmentally detrimental and morally problematic, he said. As a result, most companies are not transparent about their production methods.

“They don’t want anybody taping in the facilities, and they don’t want the public to be aware of the facts about how the animals are treated and what goes on in the production of meat products,” Berkey said. “I think if there were ways to make the public more aware of what goes on, that actually could have a pretty big impact on people’s meat consumption.”

Glanz agreed with Berkey, saying that focusing on ethical concerns could be “low-hanging fruit” in getting people to change their dietary ways. But that won’t resonate with hardcore meat lovers who don’t care about how they get their bacon cheeseburgers.

“For that, I think system change will be important,” she said. “I’m not optimistic about the U.S. government creating policies that will reduce consumption or even change the way that beef is produced. I don’t even necessarily mean the current administration, because the beef industry has long been a political force in dietary guidelines.”

Should Everyone Go Vegan?

Berkey cited the Oxford study, which found that going vegan could reduce the average individual’s carbon footprint in wealthy countries by around 73% percent. According to the study, adopting a plant-based diet is the single-biggest change people can undertake to make a difference for the planet. A separate study found that the use of farmland worldwide would be reduced by 75% if everyone went vegan.

“These numbers are pretty significant, especially if you’re talking about some kind of significant cultural shift where people make these changes on a large scale.”–Brian Berkey

“These numbers are pretty significant, especially if you’re talking about some kind of significant cultural shift where people make these changes on a large scale,” he said.

But the professors acknowledge that its hard to get people to see that their individual contributions can make a difference. “Is climate change really going to be any worse if I order a steak at the restaurant that I’m going to tonight? It seems like that’s just such a small thing in the global scheme of things,” Berkey said. “On the one hand, we need to think about these issues from a global perspective. On the other hand, doing that at the level of the individual can make any effort that we might make seem entirely trivial.”

Change the Culture Along with the Policies

Different complexities arise when thinking about meat consumption from a global perspective, Glanz noted. Carnivorous appetites have increased in emerging economies, where meat was previously a luxury for the rich. China, the world’s largest consumer of pork, is an example. “How do we engage those economies [where people think] that they are able to eat meat because they finally are not as poor as they used to be?”

Conversely, veganism in the U.S. is more of a trend with people who consider themselves well-to-do and better educated. According to Berkey, that’s a sign that food culture can also shift in emerging economies if wealth eventually becomes synonymous with less meat consumption, not more.

Based on her work experience, Glanz believes that cultural changes will need to be generational. “I think of recycling as an example. That was kind of a fringe-y thing to do four decades ago; now it’s completely mainstream.”