Casper, a direct-to-consumer mattress start-up headquartered in New York City, successfully completed its initial public offering in the first week of February. Its experience shows the good times may not last for other so-called “unicorns,” writes David Erickson in this opinion piece. He is a senior fellow in finance at Wharton and co-teaches a course on Strategic Equity Finance. Before teaching at Wharton, Erickson worked on Wall Street for more than 20 years, helping private and public companies raise equity strategically.

With Casper’s IPO pricing well below its initial range in early February, the market is still skeptical of “unicorns” that were awarded $1 billion-plus valuations in the private equity market. Less than a year ago, the company had raised capital in the private market at an approximate $1.1 billion valuation. With its IPO pricing at $12 per share (down from the original $17 to $19 price at which it was marketed), Casper’s public equity valuation is some $490 million — less than half the value of its last private round.

Normally, when an IPO prices significantly below the range that it markets its IPO, it is usually because of “market conditions.” While concerns about the coronavirus have been weighing on the equity market over the last few weeks, during the week of Casper’s IPO pricing, the equity market had rebounded significantly with NASDAQ reaching a record high on the day of pricing.

As a matter of fact, with the very strong performance of last year’s U.S. equity market, you would also have expected a strong performing IPO market in 2019, with many of the largest and high profiled IPOs leading the way. While some of the 2019 unicorn IPOs like Zoom and Beyond Meat have done well, the most high-profile names — such as Uber and Lyft — have struggled below their IPO prices for most of the time since going public. The spectacular debacle of WeWork, which never made it to market after its initial filing in August, stunned the market. WeWork went from a unicorn valued by SoftBank’s January investment at $47 billion to a restructuring story valued at approximately $8 billion of equity (even though pro-forma for the deal, SoftBank, with more investment, would bring its total equity investment in WeWork to approximately $13 billion).

What messages does the Casper IPO send the unicorn market? For those companies (and their founders and backers) that are considering going to the IPO market, a few things should be considered:

As a pioneer of the Sleep Economy, we bring the benefits of cutting-edge technology, data, and insights directly to consumers. We focus on building direct relationships with consumers, providing a human experience, and making shopping for sleep joyful.

This for a company that in its Risk Factors section outlined that “a significant portion of our revenues is derived from our mattress products….”

For investors, this may have reminded them of reading the We Company’s S-1 in August 2019, where We opened the Prospectus Summary section with “Our Story” by describing the company as:

Our mission is to elevate the world’s consciousness. We have built a worldwide platform that supports growth, shared experiences and true success. We provide our members with flexible access to beautiful spaces, a culture of inclusivity and the energy of an inspired community, all connected by our extensive technology infrastructure. We believe our company has the power to elevate how people work, live and grow.

Implications for the Unicorn Market

Some four years ago, I wrote a Knowledge at Wharton article entitled “Why We Should Expect Some Thinning of the ‘Unicorn’ Herd,” where I suggested that the 144 unicorns at the time (as measured by CB Insights) would likely see a thinning – some would go public; some would sell; some would need to find alternative paths (i.e., revise their model, etc.); and others would hit the wall. While some of that did happen, the number of unicorns is now more than three times it was at that time. (CB Insights’ current number of unicorns is 447.)

I missed two primary things back then: 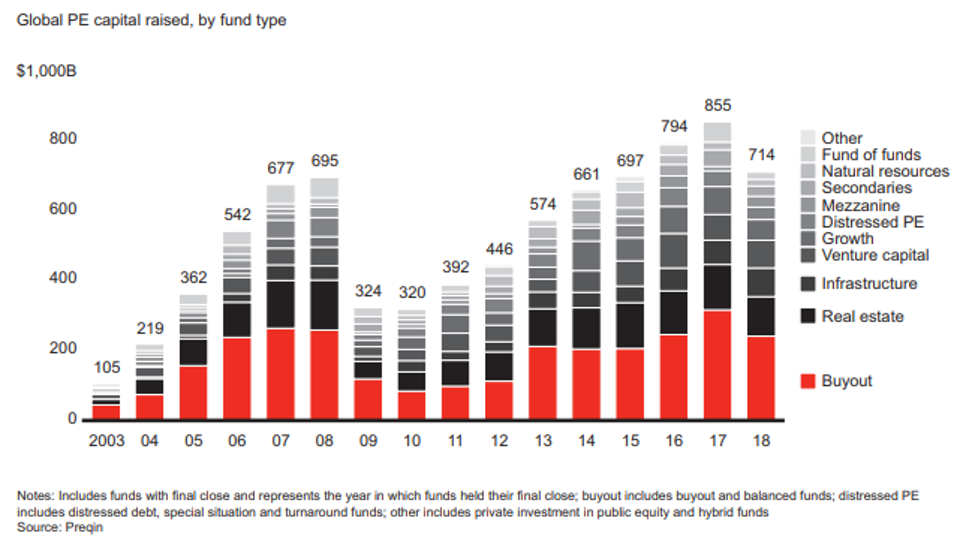 2. A significant strategic M&A “bid” in recent years. With the strong performance of the U.S. equity market in the last few years, many companies became more acquisitive with their rising stock prices. This strategic M&A interest has also included acquiring interesting unicorns – from Cisco Systems buying AppDynamics in the midst of its IPO roadshow to Visa acquiring Plaid a few weeks ago. This strategic “bid” has supported strong valuations for many unicorns, and encouraged further investment in “hot” areas such as AI and fintech technologies.

While these two factors have been powerful drivers for the continued growth of the unicorn market, now with 447 unicorns and a less robust IPO market for many of these companies, I don’t believe most of these companies will be around in, say, the next five years.

As a result, I believe that for many of these unicorns (those that are losing money and have some distance to go to cash flow break-even) the alternatives available will be similar to the ones I articulated in 2016.

Specifically, some unicorns will:

That is why Casper’s IPO may spook the unicorn market. However, for the company, Casper now has significant public capital to continue to grow its business; diversify its potential funding sources going forward; and offer a public “currency,” which may make it easier for them to make acquisitions (if they desire).