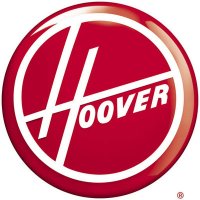 Back in the days of radio, daytime dramas were called soap operas because of the household goods promoted on the shows. Procter & Gamble, Pillsbury and General Foods were happy to feature their products alongside the daily travails of Helen Trent, Ma Perkins and the Bauers of The Guiding Light because they knew that legions of housewives were listening.

Fast forward 70 years and we live in an era with more women working, a seemingly endless buffet of television choices and far fewer soap operas. In 1940, serialized daytime dramas made up 90% of all commercially-sponsored daytime broadcast hours, according to the Museum of Broadcast Communications. Today, American soap operas number at six and are dwindling following last week’s announcement that ABC will end All My Children in September and One Life to Live in January in favor of airing cheaper-to-produce lifestyle programs.

There are plenty of people out there who grew up watching All My Children and One Life to Live, and plenty of now-adult young girls (and boys) who spent their allowance money on contraband copies of Soap Opera Digest and skipped college classes to watch Luke and Laura get married on General Hospital. But most would be the first to admit that they don’t watch much anymore. They grew up, and life got more complicated. Maybe they kicked the habit when O.J. Simpson’s murder trial preempted the soaps in 1994 and 1995. The Chicago Tribune reported that soap operas routinely attracted more than five million viewers per episode in 1996; today, only The Young and the Restless draws that kind of audience.

Despite those smaller numbers, there was still a sizable impact earlier this week when Hoover marketing vice president Brian Kirkendall — whose mother and wife are diehard All My Children and One Life to Live fans — announced in a Facebook note that the vacuum company would pull its advertising from ABC in protest starting tomorrow. And the company didn’t stop there — Hoover also set up a dedicated e-mail address where fans could make their case for a change of heart by ABC and promised to send those letters to the television network.

Will it work? Probably not, at least not on its own (see this Knowledge at Wharton story for more on the effectiveness of boycotts). But Hoover won the hearts of millions of soap fans who are targeting everyone from advertisers to Oprah (and her fledgling cable channel) in an effort to save their shows. “It’s all about brand awareness, particularly with their target customers, who are women,” notes Wharton marketing professor Deborah Small. “Think about it — the company is supporting this cause and it’s something [fans] care deeply about, something that is personally very important to them…. That’s going to have some positive effect.”

So far, Kirkendall’s original Facebook post has drawn more than 700 “likes” and hundreds more messages thanking Hoover for taking a stand and pledging loyalty in return. Carolyn Hinsey, a columnist for Soap Opera Digest, even wrote a blog post asking fans to declare tomorrow “Buy a Hoover Day.” (For anyone considering actually doing so, Consumer Reports is highlighting its annual product rankings for vacuums.)

Accounting Choice, Home Bias, and US Investment in Non-US Firms