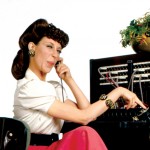 Rumors surfaced last week that Facebook is gearing up to launch its own smartphone. According to Facebook employees and others who spoke with The New York Times, the firm has begun recruiting former engineers from Apple to bring its existing plans for a Facebook phone — codenamed “Buffy” — closer to fruition.

The Times article notes that Facebook is not the only software maker looking to develop its own hardware: While the social network giant was dealing with the fallout from its inauspicious late May market debut, Google quietly completed its $12.5 billion acquisition of Motorola, “which could lead to the search giant’s making its own smartphone.”

And while integrating software and hardware may be the ultimate goal for many tech companies in a post-Apple world, some observers are not convinced that introducing its own smartphone would be the right move for Facebook. “[It] makes no sense at all — slightly more sensible than a Facebook dishwasher, but not quite as sensible as a Facebook toaster, which would alert all your friends every time you make toast,” says Wharton marketing professor Peter Fader. “I can’t imagine why they would want to get into such a competitive, commoditized market, and what they would hope to get out of it.”

But Wharton marketing professor Eric Bradlow, who co-directs the Wharton Customer Analytics Initiative along with Fader, takes a different view. Bradlow notes that firms like Facebook “are realizing that today, the ‘point of entry’ onto the web plays a big role.” As an example, he cites Amazon’s Kindle device, which the company sells to consumers for a price that is below its manufacturing cost. Why? “Because then the portal to Amazon products is at the touch of a finger — and the [customer lifetime value] for the person, despite the loss leader on the device, is still very positive.” Moreover, Facebook needs to protect its long-term consumer base, he adds. “Imagine that everyone starts walking around with Google phones, then all of a sudden Google+ becomes the social network hub.”

The bottom line, according to Bradlow and other analysts, is that as users increasingly rely on their mobile devices to connect to the web, Facebook needs to follow suit — or be left behind. In fact, prior to its IPO, Facebook conceded that the challenges of gaining traction in the mobile market pose a potential risk for the firm — an admission which some analysts believe partly accounts for the stock’s dismal performance.

According to Kendall Whitehouse, Wharton director of new media, it isn’t clear that hardware is the only way for Facebook to balance the equation. Instead, the firm might simply need stronger mobile app development. He points to Twitter as one example of software that translates exceptionally well to a mobile environment, “because its interface is simple and elegant.” That’s not the case for Facebook, which is crammed with features and has an interface that is anything but simple. His advice? “Use the employees at Instagram” — the mobile photo application firm that Facebook recently purchased for $1 billion — “to develop a really good mobile app.”