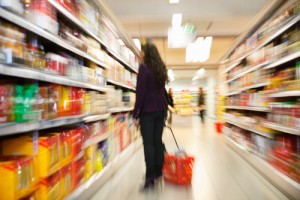 Customers flocked to the drugstore to taste Nestle Crunch bars infused with the flavors of their favorite Girl Scout cookies, and snapped up a wireless charger made by battery company Duracell. But the popularity of Hooter’s restaurants wasn’t enough to keep its eponymous airline afloat. And fans of Colgate toothpaste famously rejected the company’s idea for a line of branded food entrees.

A number of factors separate brand extensions that make it from those that don’t, according to Wharton marketing professor Keisha Cutright, including the quality of the product, the way it is introduced and marketed to the public, and how well it fits with a particular brand’s identity. In a recent paper, Cutright and co-authors James R. Bettman and Gavan J. Fitzimons of Duke University, found that consumer psychology also has a role to play, specifically people’s feelings of control, or the lack thereof.

In “Putting Brands in Their Place: How a Lack of Control Keeps Brands Contained,” Cutright, Bettman and Fitzsimons conducted a series of experiments designed to alter people’s feelings of personal control and see how that affected whether they thought a new product was a good fit for, or too far afield of, a brand’s core businesses.

“Although fit is indeed a critical driver of brand extension evaluations, it is not solely a reflection of people’s reactions to a product’s characteristics,” the researchers write. “It is also a reflection of their need for structure more generally. It suggests that psychological state is an important consideration in brand extension decisions.” When people experience a lack of control over some aspect of their lives, Cutright explains, their overall desire for structure is enhanced. Consumers in this state may have narrower boundaries for the space in which a brand belongs, causing them to be more likely to reject an extension as a poor fit.

Over the course of four experiments, which among other things asked consumers to measure the fit of a Honda-branded line of vacation resorts or go-kart tracks, Cutright and her co-authors found that people’s increased need for structure when they feel a lack of control could be moderated if the brands gave them an opportunity to assert it in a different way.

For example, Starbucks announced a year ago that the company planned to extend its brand into selling beer and wine. While the coffee chain is still testing the concept, “the way they communicate about it on their website is really interesting,” Cutright says. “The company does a really good job of showing how beer and wine fits with the Starbucks you know and love. They also say the company is here to help you control your life, to help you relax and do all of the things you want to do in the kind of environment you want to be in.”

While it’s impossible to know how much control any individual consumer feels he or she has at a given time, Cutright notes that there is research to suggest that certain groups of consumers typically feel less jurisdiction over their lives than others. “Older customers generally have lower feelings of control because it’s often a time when people’s health is starting to fail, their finances aren’t looking great or they can’t take charge of as many aspects of their lives as they could previously,” Cutright says. “The same is true for low-income individuals. If you don’t have money to do the things that you like, you feel a general lack of control.”

Brand managers can mitigate those feelings by creating a marketing plan that emphasizes control, or how the product in question might enhance it. “The other thing is to look at the type of environment that we’re in,” Cutright notes. “It might not be a great idea to launch a crazy new brand extension right after a hurricane. People in that region or people in the U.S. in general are probably feeling less in control.” The same might be true during an economic downturn or a time of political upheaval, she adds.

According to Cutright, the implications of the paper also extend to how companies make decisions about which types of new products to take a risk on. If employees feel a lack of control over their jobs “they may perhaps be too cautious or unwilling to test some ideas that are way outside the box,” Cutright says. “It’s important first for managers to recognize that they can be influenced by feelings of control because once they know this, they can try to correct for that.”

One area for future research is how feelings of control or the need for structure differ in various cultures. “I definitely think that in the U.S. and other Western cultures there is a sense that being in control or having structure is very, very important to how we think about other things, whereas in other cultures it may not be as important,” Cutright notes. “We need to see explicit connections between things, but I don’t think people necessarily suspect that about themselves or others.”