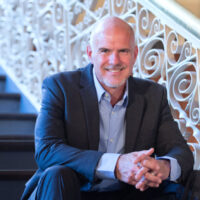 Nano Tools for Leaders® — a collaboration between Wharton Executive Education and Wharton’s Center for Leadership and Change Management — are fast, effective leadership tools that you can learn and start using in less than 15 minutes, with the potential to significantly impact your success as a leader and the engagement and productivity of the people you lead.

Make sure your message gets across by fine-tuning your communications.

Real-world, face-to-face communication — complete with eye contact, body language, and other important sources of information — is a rarity in business today, and the potential for failing to convey an intended message or giving the wrong impression has grown. Neuroscience research has uncovered specific ways that you can fine-tune your message — whether it’s giving performance feedback, persuading your team to embrace a change initiative, or selling a product or service — to make sure others listen, attend to the message, and act on it.

Two of the most effective methods for connecting with your audience, whether an individual or a group, are making eye contact and mirroring (subtly mimicking the gestures of the other person). Both of these methods lead to synchronized brain waves, which are linked to engagement, learning, and good rapport. Both methods are much harder to do when you’re not meeting in person, but that doesn’t mean you can’t engage. Try one or more of the following ideas to improve your chances of being heard.

1. Tell a story, but don’t jump right in. Hearing the same story, word for word, won’t necessarily create collective engagement and synchronized brains because everyone comes with their own experiences, biases, and distractions that can get in the way of a common understanding. To synchronize, the group needs to make sense of what they’re hearing in a similar way. How? In Neuroscience for Learning and Development: How to Apply Neuroscience and Psychology for Improved Learning and Training,1 author Stella Collins shows that priming listeners’ brains with the frame of reference you want them to use when they hear your message will get the group to synchronize. Before you tell the story, then, explain what it means or why you’re telling it to get everyone on the same page.

2. Change minds or behaviors by encouraging people to first focus on something bigger than themselves. Research co-authored by Emily Falk, a professor of communication, psychology, and marketing at the University of Pennsylvania’s Annenberg School for Communication2, shows that difficult messages are met with a natural self-defensive impulse that can block understanding. To combat that, Falk and fellow researchers asked people to think about things that mattered most to them (like family, friends, or spirituality) or to repeatedly wish for the well-being of other people (both close contacts and strangers). Engaging in these self-transcendent practices opened their minds to information they didn’t want to hear and motivated greater activity over the next three months in response. The insight is as important for business leaders as it is for sports managers and even politicians.

3. Keep it simple. When you’re trying to maximize engagement with your verbal communication, keep in mind that brain synchrony is hindered by complexity.3 In other words, keep it simple! Research on movie trailers by Moran Cerf at Northwestern’s Kellogg School of Management found that the most effective ones, in terms of creating brain synchrony and driving ticket sales, had the fewest spoken words and the fewest faces and other stimuli on the screen. The simpler the message, the easier it is to understand, and ultimately the more likely it is to be remembered. In the book Made to Stick,4 researchers Chip and Dan Heath come to a similar conclusion. They offer six principles for making your ideas understood and remembered, and the first is simplicity. But, they argue, it’s not just “short and sweet.” The Heaths say it’s about communicating an essential core, something that’s both simple and profound.

4. Raise the volume (slightly). Wharton’s Jonah Berger and Alex Van Zant of Rutgers Business School found that speaking slightly louder than normal and varying your overall volume increases the perception of your confidence, which in turn makes you more persuasive. “There’s work that shows people seem more human when we hear their voice. We give them more sense of mind, we think of them more as real people when they use their voice. Our research also suggests it can make people more persuasive,” writes Berger.5 Of course, that works best when you’re physically present, which ties in with another finding: You’re more persuasive in person than in an email.

5. Make feedback a two-way street. A study led by Tessa West and Katherine Thorson of New York University used heart-rate monitors on subjects while they were engaged in giving or receiving unprompted feedback. Although the participants were uncomfortable asking for feedback, doing so helped equip them to hear and process it. Their innate “threat response” was lower. Before you deliver some potentially hard-to-hear feedback, schedule a meeting and ask the employee to evaluate you and how well you are supporting him or her in their development and current role. It’s vital that you listen uncritically, take your time responding, and even use mirroring by repeating the feedback in your own words (“Let me make sure I understand what you said”). Then hold a second meeting in which you go back to what you heard in the first meeting. If that was an area of perceived weakness, ask for specific ways you might improve. Then deliver your feedback and ask how you can help support the growth or change you are seeking.

How Companies Use It: 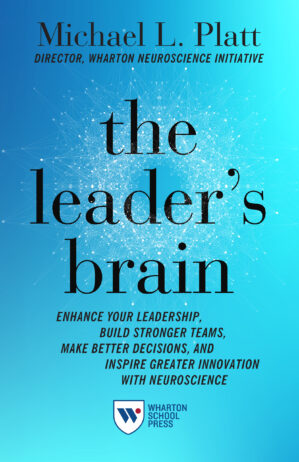 Get The Leader's Brain, by Michael L. Platt.