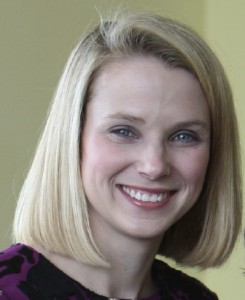 Yahoo’s hiring of Marissa Mayer — a high-profile executive and innovator ensnared from rival Google — as its new CEO has all the trappings of a coup. But Wharton experts say Mayer will have to move quickly to win the search engine new users and advertisers, and to jump-start product innovation.

“Will Mayer be the one to finally work some magic at Yahoo and restore its glamour in the industry?” asks Wharton management professor Lawrence Hrebiniak, adding that he his happy with the choice. “She brings experience with, and knowledge of, consumer websites gained at Google, a good place to work and learn.”

Mayer’s last post in her 13-year Google career was vice president of the search giant’s local, maps and location services, overseeing product management, engineering, design and strategy. Yahoo credits Mayer — who made Glamour magazine’s 2009 list of “Women of the Year” — with heading up some of Google’s most successful innovations and launching more than a hundred features and products, including Gmail, Google News, and the “look and feel” of the Google experience.

“Marissa Mayer is a great win for Yahoo,” says Wharton operations and information management professor Kartik Hosanagar. “She’s from a relevant domain and is a star exec. She will provide good, positive PR and will help in recruiting some good folks back to Yahoo.”

Prior to Mayer’s hiring, Hosanagar told Knowledge at Wharton Today that Yahoo needed a leader with an “entrepreneurial spark” as CEO. “Marissa is close, but not quite that,” he says now. “She joined Google very early … but she’s been at Google too long and it’s not clear to me she’s the person who comes up with new product ideas and gets them done. I’d have preferred someone who has started and grown a company. Even Jack Ma [founder of Chinese business-to-business trading platform Alibaba.com] would have been a great choice. That said, I think Marissa is overall not a bad choice.”

Mayer will have to hit the ground running at Yahoo, which has struggled to maintain stable leadership at the top and seen a steady decline in revenue over the past few years. “Her focus will be on Yahoo’s core advertising business,” says Hrebiniak. Adds Hosanagar: “The one thing Marissa needs to do is to focus on developing a new winning product at Yahoo instead of financial reengineering, restructuring the organization and the like. Some of the latter is needed, but what will get Yahoo out of this mess will be a new product, much like [the introduction of the] iPod for Apple. Given her background, I think her focus will indeed be on products.”

Hrebiniak suggests that the work done by Mayer’s predecessor, interim CEO Ross Levinsohn, including settling disputes with Google and Alibaba, will allow her to focus on the advertising business.

But Mayer could face other distractions, as well as formidable hurdles to overcome, Hrebiniak points out. “Levinsohn’s being passed over may generate resentment among key managers and employees, which could [lead to] defections and other problems,” he says. “Google and Facebook, which have steadily been stealing Yahoo’s users and advertising revenues, aren’t going away. A frontal attack by Mayer is certainly anticipated and the two formidable foes will assuredly be prepared for Yahoo’s new assaults.”

Mayer is Yahoo’s fifth CEO in as many years, and “a revolving door itself creates uncertainty and possible confusion,” Hrebiniak notes. “Levinsohn, for example, was reportedly in the process of formulating and executing his version of a new strategy. Mayer may upset the apple cart with something new and different, creating confusion and a feeling of ‘here we go again.’”

Wall Street seemed to cheer the choice of Mayer, notes Hrebiniak, but adds that “only time will tell if the trust in her capabilities in a competitive marketplace is warranted.” Mayer has a lot going for her — including a baby boy due Oct. 7 — and has been named in four consecutive years starting in 2008 to Fortune‘s list of the “50 Most Powerful Women in Business.” As one of only 20 female CEOs of Fortune 500 companies, and Google’s 20th-ever employee, “maybe 20 is the magic number,” for Yahoo, says Hrebiniak.