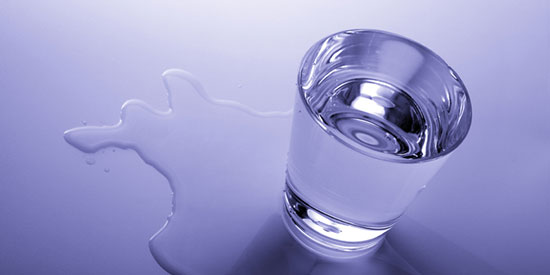 Record temperatures and drought conditions in many parts of the world this year led to food shortages and soaring prices, underlining the threat of growing water shortages. Water resources are not adequately recharging just as population and food demands are set to skyrocket. Part of the problem stems from poor management and part from climate change. To learn about possible solutions to these challenges, Israel Knowledge at Wharton spoke with water management experts from Ben-Gurion University in Israel. The nation has a 65-year record of successfully managing extremely scarce water resources. The experts are Eilon M. Adar, director of the Institute for Water Research, and Avigad Vonshak, director of desert research. Noam Lior, professor of mechanical engineering and applied mechanics at the University of Pennsylvania also joined the discussion.

Part I of this two-part interview looks at the large negative impact that water scarcity has in surprising sectors such as education. It also considers water’s impact on food prices, social and political relations, and the tightening of water supplies in the United States.

Part II (which will appear in the next edition of Israel Knowledge at Wharton) examines successful technologies and water management techniques that have been pioneered in Israel, and how they might aid others in coping with the world’s quickly rising problem of water scarcity.

The videos are followed by an edited transcript.

Knowledge at Wharton: We’re meeting today with professor Eilon M. Adar, director of the Institute for Water Research, and Avigad Vonshak, who’s the director of desert research, both at Israel’s Ben-Gurion University, and also with Noam Lior, professor of mechanical engineering and applied mechanics at the University of Pennsylvania. Thank you all for joining us today.

We’re going to talk about the importance of water as a resource and the new constraints facing the world when it comes to water today. A lot of studies have shown that global water requirements will outstrip the supply in the years ahead. According to one report [Valuing Water: How Can Businesses Manage the Coming Scarcity?, published by the Initiative for Global Environmental Leadership (IGEL) and Knowledge at Wharton ], a third of the world’s population will live where the deficit is greater than 50% in less than 20 years.

As noted in that report, by many measures we’re close to a breaking point, which means chronic water shortages for farmers, businesses and people will be the norm. So we’re lucky to have you with us today because Israel has lived with water constraints its entire existence as a desert country. You’ve learned many lessons that could be applied to the rest of the world as it starts to face these water constraints. Could you start out, Eilon, with your view of how serious the water problem in the world is from your point of view – or not serious. What’s your view of the water issue worldwide?

Eilon M. Adar: On the world scale I would say water equals food. All the arable land has been already taken. That means since population will definitely increase, we need more food. We cannot grow more on the same land unless we increase the efficiency. So we are pushed to marginal basins, marginal land. That means we need more water. If we dwell in the Middle East nowadays, we actually have 1,400 cubic meters [of water] per capita per year in Israel, which is less than 20% what is recommended by global agencies such as the World Bank or the United Nations. And we do face water scarcity. However, in spite of that, we have managed quite well.

Noam Lior: I can just add that according to the latest statistics, in the world there are about 900 million people without access to good quality drinking water. There are about a billion and a half who don’t have access to water that is satisfactory for sanitation and waste treatment. So, the first one is one in seven people. The second one is one in about five people in the world. It’s a very serious problem. It’s almost unimaginable for us, who are so used to turning the tap on and getting high-quality water, to imagine that [some] people just don’t have access to that.

Avigad Vonshak: I think when you say most of the people, it’s most of the people in your neighborhood. You go to the washroom and you open your tap and water comes out. But if you go to India and you drive from New Delhi to Jaipur, on the highway and you see girls carrying water. Now it’s not just girls carrying water — remember those are six-year-old to 10-year-old girls who are spending the day walking with 10 liters, about five miles a day. This is instead of sitting in a school. This is why, if you go to an Indian school in the village, 90% of the kids who are there are boys. So it’s not just that we need water to drink – the issue is that water shortages have an impact on the level of education and later, also on the productivity of the nation.

Knowledge at Wharton: In the U.S. this year we had a drought that, in the Midwest in particular, is the worst in decades. This was partly brought on by high temperatures, which shattered many records, and also the duration of those temperatures. And, the higher the temperatures, the more the ground dries out and it just worsens the problem if you’re not getting rain. So there begins to be awareness here.

Now weather comes and weather goes, but the next question, is in the U.S., in other parts of the world — there have been droughts in Russia that have been very severe, in the Ukraine and other areas, the so-called bread baskets of the world, and many attribute this now to climate change. There’s a new study by James Hansen, who’s the head of NASA’s climate section [head of NASA’s Goddard Institute for Space Studies], which claims to show statistically that the record high temperatures and their duration in the U.S. are a result of climate change. Could I get your views on that? Not only is the population growing, which would suggest a greater need for water, but there is also this outside issue that’s affecting the water supply.

Adar: In the Middle East, we already consume far more water than nature provides us with, by far. We actually mine water, taking water mainly from below the surface, from groundwater reservoirs. However, we cannot proceed with this policy any longer. And the population in the Middle East, west of the Jordan River, will be doubled in less than 16, 18, 20 years.

So where will the water come from? I think the solution or the model is to follow what we managed to achieve [in Israel]. We closed the gap between demand and supply by desalination, by treating and reclaiming sewage water. This year we reclaimed 82% of our sewage and it is used by the agricultural sector. Next to Israel is Spain with 28%. This water, reclaimed water, serves more than two-thirds of the water consumed by the agricultural sector.

But this will not be enough. We have to reclaim the sewage in order to protect the environment and to use the water as a resource. But we also have to keep producing new water by desalination. I don’t say which method to be adopted. Currently, it appears that reverse osmosis is by far the most efficient way. But still, in spite of the fact that we pay only about 60 U.S. cents per cubic meter, we can afford it. But we are a relatively strong economy. Many other countries cannot yet afford it. So the vision is and maybe the mission is to be able to treat the water, [using methods] such as desalination or sewage treatment, in much more efficient ways and by cheaper processes. This is the way to close the gap. We have to close the gap.

Knowledge at Wharton: People may not realize that the kind of solutions you’re talking about might be necessary in places like the United States if the kind of weather or climate changes that we have been seeing were to continue. Is that correct?

Adar: Yes, but, you shouldn’t mix between dry farming and irrigated land. Usually, the dry farming land is heavily, negatively affected by so-called droughts. Having said that, we still, as I said, have to come up with new water. But also in the United States, in California, they are fully aware of the fact that they need to come up with more water. But since water there is relatively cheap and you are still struggling with water rights, I think the solution will be more complicated in the United States — because of the system. Water in our country has been nationalized. It is a national commodity, so it’s much easier to handle.

Lior: The United States has very severe problems in places besides California. We’re draining the high plains aquifers because of agriculture. We have taken out the fossil water for agriculture and I think it has receded by at least 10 feet or more. And even there are some places where the ground recedes.

Knowledge at Wharton: Ten feet – could you put that in perspective, how significant that is?

Lior: Well, I don’t know the depths of the entire reservoir, but 10 feet less water means that there is a bigger hole under the surface soil.

Knowledge at Wharton: It’s not being recharged.

Lior: No, this is fossil water. This is water that is not renewable….

Knowledge at Wharton: Is this water that’s been there for hundreds of years?

Lior: It has been there for more than hundreds of years.

Knowledge at Wharton: And once you take it out the rain does not replace it?

Yes, we produce water out of so called fossil – low rate replenished aquifers in Israel. And we know that in a certain time – let’s say 75 years from now – this resource will be gone. But we hope that by these types of research, innovation and development, we shall be able to close the gap. We do the same with oil. It’s a one-time resource.

Valuing Water: How Can Businesses Manage the Coming Scarcity?

Ebb without Flow: Water May Be the New Oil in a Thirsty Global Economy