A ‘Sigh of Relief’ at Davos: Confidence and Caution Shared Center Stage 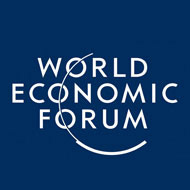 Wharton management professor Michael Useem, returning from his 11th trip to the World Economic Forum in Davos, reports that confidence in the global economy is back “in the world’s inner circles of business and policy.” But he also suggests that the challenge ahead lies in efforts to avoid the arrogance and excesses responsible for the 2008 financial crisis. Below is his commentary on the recently concluded Forum.

More than 2,600 business, political and thought leaders gathered in Davos, Switzerland, last week for the 43rd annual meeting of the World Economic Forum. Among them were 50 heads of state, 350 government ministers and the CEOs of Coca-Cola, Goldman Sachs and Walmart as well as those of Human Rights Watch, Save the Children and Transparency International.

A striking chord running through the four-day talkfest was one of comeback. No single commentator described it precisely as such, but to my mind, it was the most dominant single thread weaving through the thousands of conversations that defined Davos this year and distinguished it from prior assemblies.

CNBC anchor Geoff Cutmore expressed it well at a closing plenary on the final day: It was the first Davos of recent years without a crisis hanging over its head, and businesses were feeling re-energized, so much so that it almost seemed as if “peace had broken out.” Financial Times associate editor Martin Wolf characterized the meeting as “the-sigh-of-relief Davos.”

I had attended Davos in 1996 and 1997 at a time of strong growth and soaring confidence. When Microsoft’s Bill Gates and Intel’s Andy Grove strolled together through a crowded reception, the crowd literally parted. But in 2008, I had also witnessed Merrill Lynch CEO John Thain warn of dark days ahead, and in 2009, I heard angry recriminations in the wake of the financial crisis and the failures of Merrill Lynch, Lehman Brothers and AIG. A prominent banker reported he was one of the few financiers who was still willing to go out during the daylight hours.

The temper of Davos in 2013 was far more sober than the exuberance of 1996 and 1997, but it was also far more upbeat than the distressed gatherings of 2008 and 2009. New statistics justified the mood of comeback. International Monetary Fund managing director Christine Lagarde reported that her organization had just forecast global GDP growth in 2013 to reach 3.5%, up from 3.2% in 2012. While Germany, Japan and the U.S. are expected to grow more tepidly, at least they will be in the black. And the developing world is on a genuine tear, with the growth rate expected to hit 5.5% — not just for China (8.2%) or India (5.9%). Many African and Latin economies were on track for vigorous expansion as well.

At the same time, Davos attendees this year repeatedly cautioned themselves about the many risks and uncertainties that remain. Paul Singer, principal of New York-based hedge fund Elliott Management Corp., warned that in the continuing absence of global financial standards, banks are locked in a “race to the bottom.” In the five years since the financial Armageddon brought on by the banks, he noted, far too much remains unchanged within them. Former British Prime Minister Gordon Brown cautioned that “we will have financial crises over the next 30 to 40 years” since “we have failed to learn the lessons” of the past crisis.

Yet with a Sword of Damocles no longer quite so visible over the global economy, the fire-fighting of the past several years gave way this year to a healthy refocusing on the world’s most chronic problems. Both income inequality and inequality of opportunity, warned a host of speakers, had worsened in many countries, including the U.S. — factual points whose toxic consequences were confirmed by the World Economic Forum’s 8th annual Global Risks Report. Drawing on a survey of more than 1,000 observers and experts, the report found that “severe income inequality” stood as the number one global risk of the year.

Others singled out the still limited inclusion of women. IMF’s Lagarde, for example, cited a statistic suggesting that full inclusion of women in the American economy could boost the U.S. GDP by several percentage points. Anand Mahindra, managing director of Mahindra & Mahindra, a $16-billion utility vehicle, information technology and equipment maker based in India, expressed concern about the enormous number of families still at the bottom of the pyramid struggling to overcome the risks of everyday survival. Italian Prime Minister Mario Monti singled out the millions of unemployed, especially young people, across the European Union. “We all have responsibility,” he vowed, to help bring them back into the workforce.

And climate change, pushed to the back of the agenda during the dark days of the financial crisis, reemerged. Environmental Defense Fund president Fred Krupp articulated the case as well as any: Emissions are far worse than predicted 20 years ago, our sea-level has risen by as much as eight inches and extreme weather events like Hurricane Sandy are increasing in intensity and frequency. Unless action is taken, he said, “at future [Davos Forums] we will be asking, ‘How can we have allowed'” a climate catastrophe to have occurred — much as we have been musing for the past several years on how bankers and regulators could have allowed the sub-prime mortgage disaster. We are not woolly mammoths, he noted, referring to a species unsuited to surviving the climate change of its era. “We just have to apply our intelligence.”

Application of human intelligence is now more likely in the light of events like Hurricane Sandy, added Weather Company CEO David Kenny. “Extreme weather has become everybody’s problem,” even if many still do not see a direct link to climate change. It is fast becoming a business problem as well. “There’s not a business in this room that does not have an extreme-weather risk,” said Kenny, and it was thus in the interest of all, even the climate-change skeptics, to find ways, in the apt title of their session, of “avoiding the unimaginable.”

Many of the business leaders in Davos could see commercial opportunities in the risks and uncertainties ahead. Anand Mahindra summed it up from his own experience after completing his MBA degree in the U.S. in 1981. On returning to India, he found that he faced near complete certainty in the suffocating regulations and bureaucracy of India’s “license raj.” Rules defined or limited a wide range of business decisions, even down to the number of computers that a firm could annually import. “I had thought that regulation was what I had to manage,” but now, he continued, “I know it’s all about [managing] uncertainty.”

Cisco Systems CEO John Chambers offered much the same assessment. “If you are risk averse, you get left behind,” he warned, especially in difficult times. And conversely, the opportunities for companies like Cisco to “break away” from its competitors are heightened in times of uncertainty and change.

That prescription was taken to heart by many of the World Economic Forum’s “Young Global Leaders” who were finding traction where others had dared not tread. One young leader, for instance, had pioneered the hiring of autistic, deaf and other handicapped employees at a large corporation in ways that allowed them not only to perform well, but to be even more productive than their counterparts.

Capitalizing on the era’s risks and uncertainties could even be seen in higher education’s massive open online courses — MOOCs — like Coursera, edX and Udacity, which have accelerated from zero to 60 in an instant by university-time standards, where transformative changes usually seem to require decades, if not centuries. Daphne Koller, a Stanford computer scientist and co-founder of Coursera, reported that her year-old company was now offering more than 200 courses drawing more than two million students. It expects to offer 500 courses by summer’s end and 10 times that just five years out.

Gates warned that today’s courses are sure to evolve over the next several years in ways unforeseen, but other panel members saw their impact as already enormous. Reif noted that an online course by his faculty on circuits had attracted 155,000 students, more than all of MIT’s graduates combined.

The massive-open-online course revolution has become a calling for those at its leading edge. Coursera’s Koller described it as a once-in-a-life-time inflection point. Higher education will never be the same, others said, and the impact is sure to extend far beyond the ivory towers. Grameen Bank founder Muhammad Yunus saw the new learning technologies as a unique opportunity to reach the billions of people who have been left out of education altogether.

As a leadership barometer, Davos certainly confirmed that confidence is back in the world’s inner circles of business and policy. Many warned at the same time against any return of the hubris that had occasioned the financial crisis of 2008-09, and many also advocated refocusing on the chronic problems of climate, employment, inequality and inclusion. Others said that doing so will require taking advantage of the risks and uncertainties that still abound to invent new ways for delivering services and learning about the world.