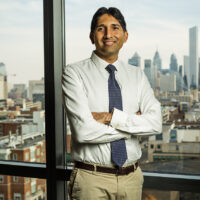 Last Wednesday, the Trump administration issued a “final rule” to allow short-term, limited-duration health insurance plans as an alternative to the plans under the 2010 Affordable Care Act (ACA). The short-term plans could have an initial coverage period of less than 12 months, compared to the earlier allowable maximum period of three months; however, extensions cannot exceed 36 months. The latest rule follows a proposal on the subject the administration made in February.

“This action will help increase choices for Americans faced with escalating premiums and dwindling options in the individual insurance market,” the Department of Health and Human Services stated. The average monthly premium for an individual in the fourth quarter of 2016 for a short-term, limited-duration policy was approximately $124, compared with $393 for an unsubsidized ACA-compliant individual market plan, it noted.

Short-term health insurance plans were meant to be a stopgap measure to allow consumers time to find the right insurance plan for them while transitioning from one plan or type of coverage to another. However, experts at Wharton and elsewhere say the short-term plans provide minimal coverage and that these bare-bones policies won’t adequately cover people with unexpected medical needs, and could further destabilize the health insurance markets.

“This is an extreme case of let the buyer beware,” said Robert I. Field, professor of law and health management at Drexel University and also a lecturer at Wharton. Many short-term plans have serious restrictions such as upper limits on the claims they will entertain each year, large deductibles, limits on the services that they cover, and the majority of them don’t even cover prescription drugs, he explained. “They’re cheaper, but you’re getting what you pay for,” he added. “You would have insurance, but it might not be very good for covering you if you get sick.”

The impact could be particularly harsh for those who fall sick while on a short-term plan, Field warned. “Once people get sick, they will discover that they need real insurance and they may have to wait until the next open enrollment [to buy an exchange plan with full coverage],” he said. “So if you discover this in January you may not be able to get a policy until the next January. That could be a risk if you have a serious condition.”

Atul Gupta, Wharton professor of health care management, said people who have already been diagnosed with serious health conditions will most likely “get rejected by these policies or the premium will be so high that they won’t find them attractive,” he said. Like Field, he noted that the big concern is for “people who think they’re healthy and who look healthy. But then something goes wrong and then they become sick midway. Those are the folks who get shafted by these policies. If you get sick in May and then you can only move to a proper insurance plan in December, that would be a very long six months.”

Such short-term policyholders also do not get any of the protections of the ACA, including the guarantee that they could be covered regardless of their medical status, and guarantees that there won’t be annual or lifetime caps on coverage, Field said.

“They’re cheaper, but you’re getting what you pay for. You would have insurance but it might not be very good for covering you if you get sick.”–Robert I. Field

Field and Gupta discussed the merits of short-term health insurance plans on the Knowledge at Wharton show on Wharton Business Radio on SiriusXM. (Listen to the podcast at the top of this page.)

Who Will Go Short-term?

Short-term, limited-duration health insurance plans are a small fraction of the total market. As of 2016, they covered 160,600 people compared to the 13.6 million people covered by the individual market, according to government data. Short-term plans had been available even before the ACA was enacted, but in late 2016, the Obama administration reduced the maximum coverage period to three months. “They were worried that these were cannibalizing the exchange insurance plans, which were obviously much better,” said Gupta.

According to Field, two possible situations could emerge from the Trump administration’s efforts to promote the short-term plans. “One is that it would attract a lot of healthy people who want to have coverage and are not eligible for subsidies under the ACA and see themselves saving a lot of money,” he said. The other is that people who would have been attracted to these plans may pass because the penalty for going uninsured goes away in 2019. The tax penalty for failing to secure ACA-compliant health insurance coverage was eliminated with the 2017 Tax Cuts and Jobs Act.

“The impact of this is going to be very limited in the grand scheme of things because these plans are attractive only to people who don’t have subsidized insurance on the exchanges,” Gupta added.

Short-term policies could face a pushback at the state level, especially if more people opt for them, warranting closer regulatory oversight, said Field. He added that it would help if these plans “were thoroughly regulated.” He noted that a few states have tried to regulate them, but most states do not. “There is a serious risk that a lot of people will think they’re getting something of value and won’t be [getting that].”

“People buy these insurance plans, they don’t do their research, and it turns out that the insurance doesn’t cover what they think it does and then there are all kinds of lawsuits.”–Atul Gupta

Gupta noted that some states may not allow short-term plans to begin with, such as New York and Massachusetts, which impose “community ratings” or “guaranteed issue” on insurers (which prohibit insurers from charging differential premiums and denial of coverage based on health status). “So you will see some variation across states in what kinds of policies are on offer.”

Field said that while people tend to consider the size of their co-payments in choosing their health plan, many fail to read the fine print. Unlike ACA-compliant policies, the short-term plans tend to have annual limits on coverage, “some of which are quite restrictive,” he said. Also, people with pre-existing medical conditions are better off with exchange plans, Gupta added.

Gupta is concerned that consumers could be victims of inadequate information dissemination. “The worry is that this administration may not push insurers to make all the information available,” he said. “As long as insurers are forced by regulation to make all the [coverage] information available to consumers, then it’s just another option which people are not forced to buy. They can choose to forego this [short-term option] and continue on the exchange.”

Some of the short-term plans don’t cover prescription drugs, although the coverage could be added for an additional charge, Field said. “You are going to have people at risk if they don’t understand that, and if they become ill or get a diagnosis in the middle of the year and a prescription that they can’t fill,” he added. Generics may help fill some of that gap, he said, but “not all drugs have generic copies, and the generics are not always cheap.”

Field saw short-term policies working against consumers in other ways as well. He noted that individuals who get coverage through employer-sponsored plans have the backing of sophisticated human resources departments who negotiate rates and coverage with insurers. However, those who buy insurance on their own don’t have such protections.

“People are more likely to get sick when they don’t have employment coverage because people who are unemployed are more likely to be ill – sometimes, that’s the reason that they were unemployed, so insurers have tried to avoid them in most states,” Field said. “What the ACA tried to do was rationalize this market, to provide a bottom floor for the guarantees that an employer might be able to negotiate for you and that you are not in a position to negotiate on your own.

“These formerly short-term — now medium term — policies are going back to the old days when the individual patient was on his or her own,” added Field. “It’s very tough to read an insurance policy even if you’re an insurance lawyer. It is putting us back into that tough situation that the ACA tried to rationalize.”

“It’s part of the strategy of death by a thousand cuts [to the ACA].”–Robert I. Field

Field said insurers are also “not thrilled” with all those changes to the ACA’s features. “They’ve actually been doing well recently selling Obamacare plans,” he noted. “A lot of companies are re-entering the market.” Rate increases are much less than they had been in earlier years, and in a couple of states, the average rates are actually coming down, he added. “So [insurers] are not supportive of this at all.”

Providers, too, are exposed to risks with short-term policies, Field said. “You may not realize that you have a low limit until you’ve blown through it, and at that point if you’ve run up hospital bills or doctor bills, and you have no way to pay them, the provider is going to be left holding the bag.”

Death by a Thousand Cuts

According to critics, much of the motivation behind the Trump administration push for short-term insurance plans may be linked to its resolve to repeal as much of the ACA as it could. “It’s part of the strategy of death by a thousand cuts,” said Field. “And this is a relatively minor cut.” However, he said that if it is seen in the context of “some of the other damage that’s been done, it’s cumulative,” he added.

Some insurers such as UnitedHealth, which exited most ACA markets, are “pretty happy and supported the [extension] of these short-term plans for up to a year,” Gupta said. However, overall, he said insurers and especially providers are opposed to the short-term plans because they have faced problems with them. “People buy these insurance plans, they don’t do their research, and it turns out that the insurance doesn’t cover what they think it does and then there are all kinds of lawsuits.”