NYU professor William Silber discusses his new book, which looks at the leading role silver has played in economics, history and culture. 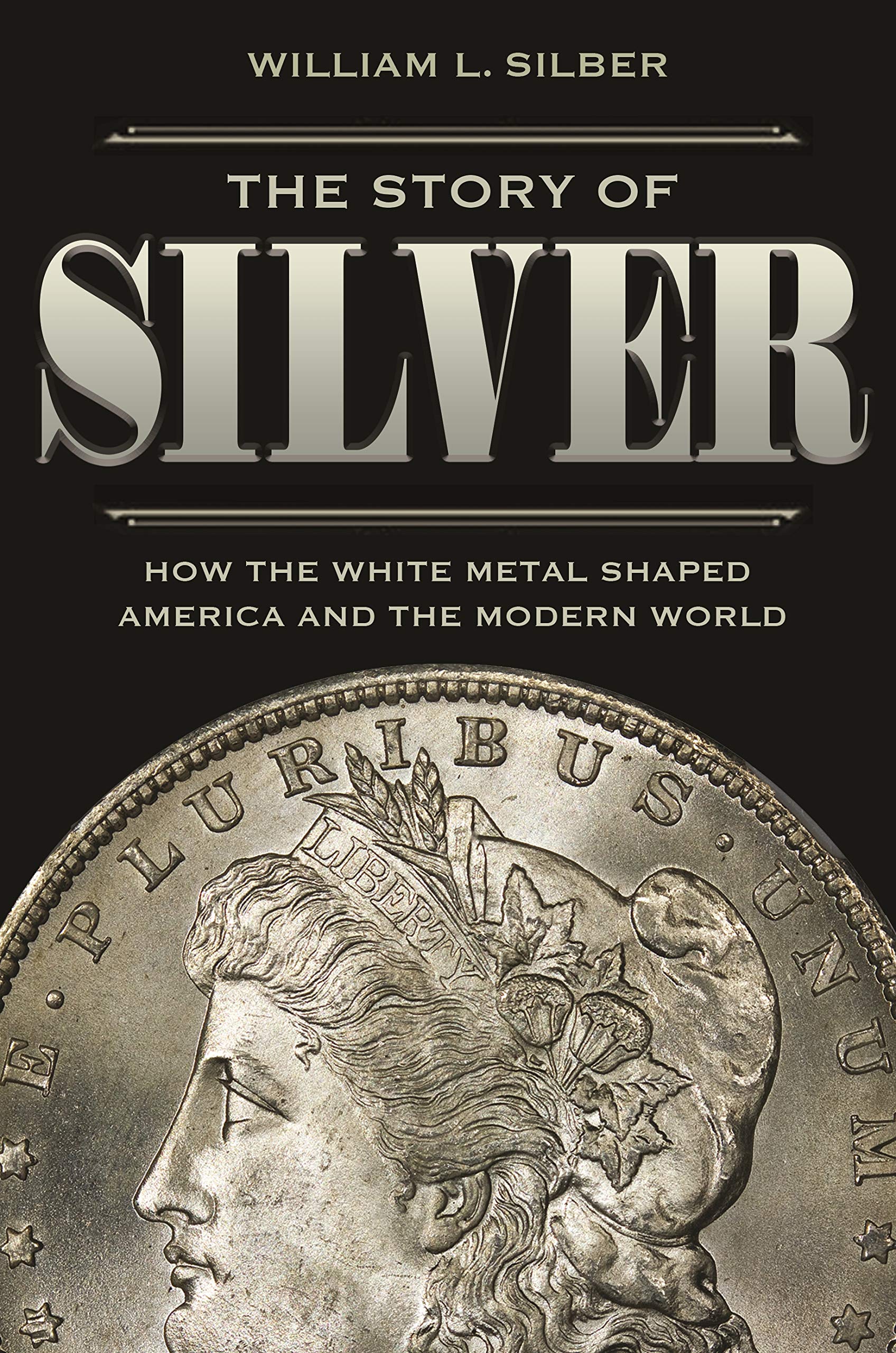 Silver may play second fiddle to gold, its flashier, more expensive cousin. But the white metal has commanded a leading role in shaping the world’s economies from ancient Egypt to modern America. It was mandated as legal tender in the United States in 1789 as part of the Constitution, and the first mint was in Philadelphia. It was also an element of military conflict, which helped Japan become a global power before World War II. William Silber, professor of finance and economics at New York University’s Stern School of Business, is the author of The Story of Silver: How the White Metal Has Shaped America and the Modern World. He visited with the Knowledge at Wharton radio show on SiriusXM to talk about silver’s enduring importance. (Listen to the podcast at the top of this page.)

Knowledge at Wharton: Silver was designated as U.S. legal tender in 1789, but how far back is its transactional history?

William Silber: Silver was the main unit of money going back 5,000 years. In fact, if you go back to biblical Egypt, it was silver that was used in transactions. There wasn’t enough gold to be used by most people, so silver for thousands of years was the main medium of exchange. Only in the 19th century did we switch over to the gold standard. Britain led the world in that. But silver had been the main currency of the world for thousands of years.

Knowledge at Wharton: Do people see its value as important or close to gold, even today?

Silber: Certainly. People look to precious metals, especially during periods of catastrophe or potential catastrophe. Go back to the great inflation in the 1970s, the Great Recession — both gold and silver were bought by many people. In fact, silver responded to those events twice as much as gold. It has been a source of protection, if you want, insurance against declines in other assets.

“The U.S. policy of promoting silver had the amazing, unintended consequence of promoting Japanese militarism. It’s an example of America-first policies.”

Knowledge at Wharton: Can you tell us more about the Coinage Act of 1873 and how we came to have this reliance on gold as the value standard?

Silber: Before I get to 1873, let me start with Alexander Hamilton. He established the U.S. dollar, in terms of both gold and silver. He worried about having gold only because it was too scarce. There wasn’t enough of it to support a growing economy. You would need a lot of money in order to just grease the wheels of transactions, so he established both gold and silver because gold was too scarce.

We had discoveries of gold in the United States, but also in Australia and in Russia. And suddenly gold became much more plentiful. That’s what led the world, as a whole, to begin to adopt the gold standard. In 1873, the United States passed a law that eliminated the silver dollar as currency. It was called The Crime of 1873 primarily by western mining states that did not like the fact that silver was no longer part of the U.S. monetary system.

Knowledge at Wharton: I wanted to ask you more about that because that is a unique terminology. It was a decision that took something away from all of those miners.

Silber: Well, you certainly took away from the miners. But more importantly, you took away a medium of exchange that was used by the common folks in the United States. At the beginning of 1873, we had a scarcity of currency that led to a huge deflation — reduction of prices — for about 25 years. And that led to a conflict between East Coast bankers, who liked the strength of the dollar, and Western farmers, who felt that their land was becoming less valuable, but the mortgages that they owed on it were fixed in dollar terms. There was a huge disruption in American history that ultimately led to the most famous speech in American electoral politics: the “Cross of Gold” speech by William Jennings Bryan in the 1896 election.

Knowledge at Wharton: How did silver factor into warfare?

“Silver responds much more quickly and much more strongly when everything else collapses.”

Silber: The most amazing thing about silver is the unintended consequences of Franklin Delano Roosevelt’s pro-silver 1930s. That came about because with the Great Depression silver had collapsed in value to 24 cents an ounce. That’s pretty low. There was a lot of pressure, once again by western mining states, to boost the price of silver, and Franklin Roosevelt needed votes in the Senate to pass his controversial New Deal program. So, he made a deal with 14 senators who were called the Silver Block. “If you vote for the New Deal, I’ll promote silver,” which he did. He instructed his Treasury Secretary to buy silver, doubling the price. That caused China, which was on the silver standard, to go into a recession, to reject silver as a standard. And that weakened China and promoted Japanese militarism that ultimately led to the sign of Japanese war in 1937. So, the U.S. policy of promoting silver had the amazing, unintended consequence of promoting Japanese militarism. It’s an example of America-first policies, and the fallout occurs later.

Knowledge at Wharton: What was the general view of silver in Asia at the time?

Silber: Both India and China had a long tradition of storing wealth in silver. Once again, gold was too rare and too expensive, so almost everyone in India and in China stored their wealth in silver. China was a huge importer of silver throughout the centuries, and that was because they kept their net worth in silver. So did India. Silver was the main storehouse of value for most people in Asia.

Knowledge at Wharton: Tell us about silver’s importance in America during the 1960s with the administrations of presidents John F. Kennedy and Lyndon Johnson.

Silber: The problem was the United States was still minting its coins with silver. Dimes, quarters and half dollars were made 90% of silver. Our demand for silver began to outstrip the supply. In particular, production of silver was running about 100 million ounces behind the world’s use of silver. The biggest user of silver was the United States, and we were running out of silver. Pretty soon, both JFK and LBJ limited the use of silver in coins. Now, we no longer have silver in our coinage because it’s too valuable. It has increased in price, so we could no longer use it to produce our coins.

Knowledge at Wharton: You write in the book about the relationship between silver and some of the world’s wealthiest people, such as oil tycoon Nelson Bunker Hunt in the 1960s and 1970s. Can you tell us a little about that?

Silber: Nelson Bunker Hunt’s adventure in silver was the reason I started to explore the role of silver. Nelson Bunker Hunt was, in fact, the richest man in the world in the 1960s. He was a billionaire when you could count the number of billionaires literally on one hand in the world. He owned oil wells not only in Texas from his family, but also in Libya. When [Libyan leader] Muammar Qaddafi took over in 1969, eventually he nationalized Nelson Bunker Hunt’s oil wells in Libya. Hunt was looking for a way to protect himself from inflation in the United States; we were on the road towards double-digit inflation. Bunker Hunt looked at gold and said, “I don’t like gold. There are too many central banks that could dump their hoards of gold.” So, he went out and started buying silver in 1973 until he accumulated almost 200 million ounces. That is a lot. It’s more than the production of the four biggest world producers of silver.

Between 1973 and 1979, his holdings and value of silver want from about $1 billion to over $10 billion. There were five billionaires in the entire world, and he had silver in the end of 1979 worth $10 billion.

Knowledge at Wharton: But then he gets into trouble because of concerns of price manipulation. He ends up filing for bankruptcy, correct?

Silber: That’s the most amazing thing. How can the richest man in the world, and he was the richest man in the world, actually go bankrupt? The answer is he became obsessed. Instead of looking at it as an investment to protect himself against inflation, he became obsessed. And when I say obsessed, he actually borrowed almost $1.5 billion to buy silver.

If you don’t borrow money, you can hold on as long as you like. But if you borrow money and the price starts declining, you have to come up with cash for your creditors. He couldn’t, and eventually he had to file for bankruptcy.

“The chances of silver returning as backing to the currency is relatively small.”

Knowledge at Wharton: What is silver’s place in the world today?

Silber: That’s a great question. The chances of silver returning as backing to the currency is relatively small. It’s not zero; it’s relatively small. I say it’s relatively small because the central banks of the world have been doing a pretty good job of controlling inflation. But there’s always a chance that we have a problem. We had a big problem 10 years ago in 2008. We had the Great Recession, which brought us to the brink of financial collapse, and silver quadrupled in value between 2008 and 2011. Gold doubled in value. Silver is much more volatile, and that volatility serves you well if you have some silver as portfolio insurance. A small amount in your portfolio. Five percent of your net worth could be in silver and some gold in order to prepare for the possibility of a financial disaster.

In 2011, the debts of Italy and Greece and Ireland were on the verge of bankruptcy. If that had happened, you needed something to go out and buy a loaf of bread. You could buy quite a few because silver had quadrupled in value. So, it’s insurance.

Knowledge at Wharton: When you hear people on television talking about the markets, and when we have a pull-back on Wall Street, you invariably see that move to gold. But you’re saying that you can do almost as well making a move to silver?

Silber: You say “almost as well.” I’d say better. Not because I wrote a book on silver, but because silver responds much more quickly and much more strongly when everything else collapses. Again, between 2008 and 2011, silver quadrupled in value when the world was in big trouble. If you want insurance, buy it. Buy some silver. Buy some gold. And sit back and let it sit there and do its job.