David Niu on the importance of a "careerication"

Burned out from the experience of starting and running two entrepreneurial ventures, David Niu decided he need to recharge. He coined a new word to describe the journey that he, his wife and his 10-month-old would be taking: a ‘careercation.’ During the trip, he interviewed 30 entrepreneurs to gain more insight into his own experience and to try to understand what he wanted to do next.

Knowledge at Wharton recently spoke with Niu about his book, which chronicles that experience: Careercation: Trading Briefcase for Suitcase to Find Entrepreneurial Happiness.

Knowledge at Wharton: David, what is a “careercation”?

David Niu: “Careercation” is a bit of a play on words: career plus vacation…. I did not want to wait until I was 67 and a half years old and getting Social Security and having a lot of time on my hands, but not a lot of help, [to travel]. I thought, instead of taking the traditional route that society expects of me, I am going to break out my retirement throughout my career and take longer vacations to really recharge and refresh and get different perspectives instead of saving it for my old age.

Knowledge at Wharton: You decided to go on your first careercation very recently. Where did you go, and what was it that you hoped to accomplish?

Niu: Yes, I went in 2012. My wife, my then 10-month old daughter and I sold everything we owned. We stuck the rest of our belongings in storage, and we bought one-way tickets to New Zealand. We ended up going to Australia, Korea, China, Vietnam, Hong Kong, Taiwan and then back to the United States.

Before my trip, I had two basic goals for my careercation. One was to create some amazing shared family memories with my young family. I had just gotten married and had a baby daughter in really quick succession…. They say that kids grow so quickly, so I really wanted to enjoy that part and make some great memories.

The second part was … I had created two companies prior to the careercation. In the second one, I was feeling really, really burnt out. Wherever we went, I wanted to interview CEOs and entrepreneurs about best practices when it came to running their business, but in particular around leadership, culture and managing people. Those were the goals that I had in mind — to create some amazing shared family memories, recharge and figure out what my next steps were going to be.

Knowledge at Wharton: You ultimately spoke to 30 entrepreneurs. What themes arose in those conversations?

Niu: Yes. It was funny. When I was talking to entrepreneurs, I would talk about best practices. When it came to culture and managing people, one theme that really popped out — regardless of size, regardless of location and regardless of industry — was that managing people is hard. I started out in some countries with Western management philosophies, such as New Zealand and Australia, so I was really interested to go to Korea and China to see if they had that same type of challenge. And they did….

“I am going to break out my retirement throughout my career and take longer vacations to really recharge and refresh.”

The second corollary that I found was that the companies that had the best culture [were those where] the CEO or the entrepreneur who I was interviewing was the happiest. The ones that were complaining the most usually had a really poor culture and had a lot of difficulties that they wanted to work on. So it was really interesting to me to see how they were interrelated. Not only did it make sense to me intrinsically that with a great culture, you have better retention — you also have happier people and more productive people — but, ultimately, it also makes the CEO or the manager happier to go into work when they are seeing people who are happy.

Knowledge at Wharton: In the book, you note that one of the biggest pain points for the leaders of these organizations is the performance review. What did you see there?

Niu: Yes. Everyone seemed to have a different way of doing performance reviews…. When most people started a company, they had usually [worked at another company before that], and they would just borrow whatever performance reviews that they had from their prior company. It would be a Word document or Excel file. When people do these performance reviews once a year, it is really hard for them to gauge how people are feeling throughout the year. At the end of the day, people’s emotions change all the time. Their performance changes all the time. The company’s performance changes, too. It was just really lacking in terms of being able to get more of an ongoing sense of how people were doing not only performance-wise, but also how they were fitting within the culture of the company. 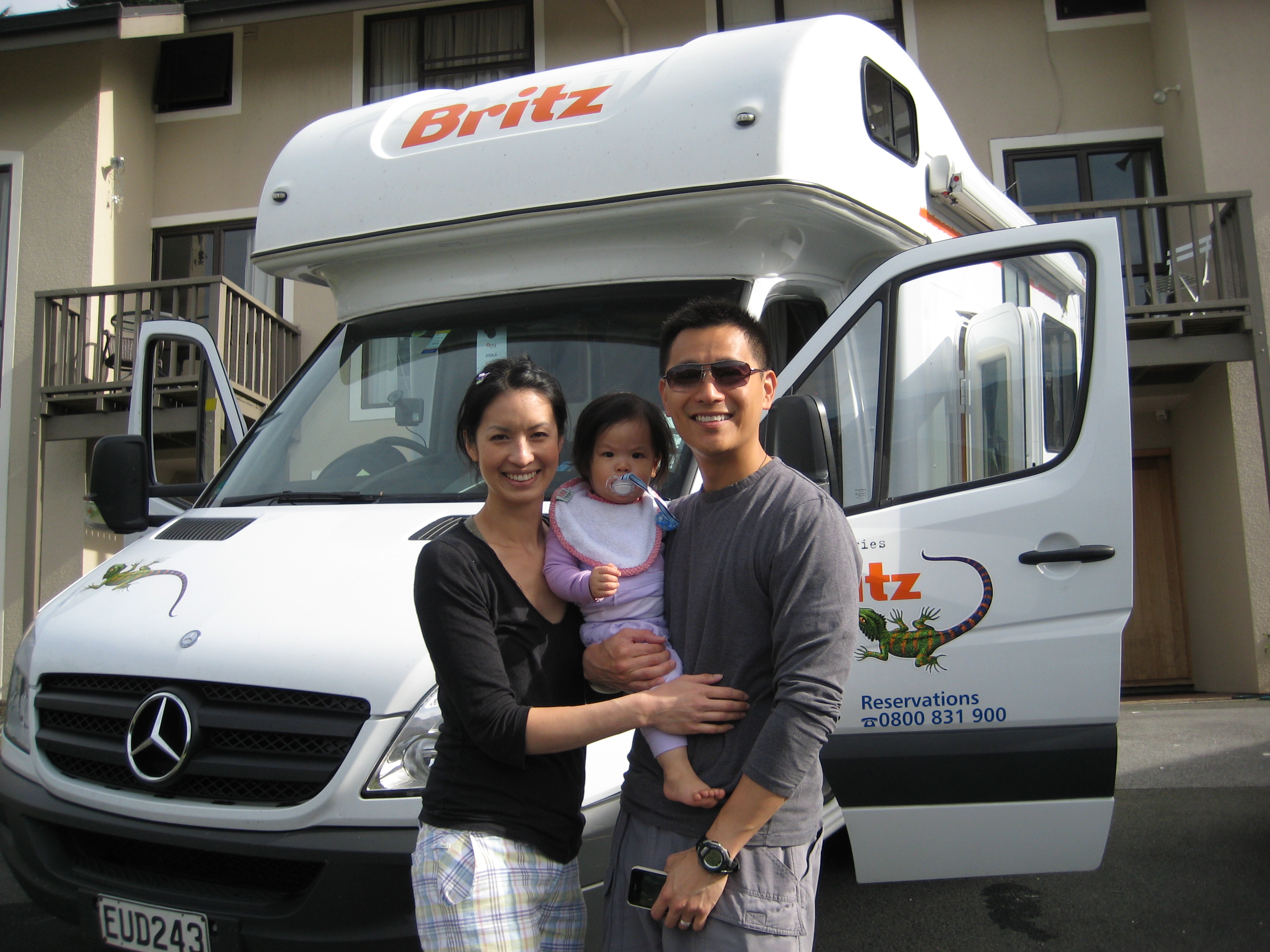 Knowledge at Wharton: Those conversations led you on a journey that has continued since you returned from your careercation, including the launch of your organization. Can you tell us about that?

Niu: Yes. At the end of every interview, I would close with one question: Can you tell me one pain point you have when it comes to managing people that if I took away you would gladly pay for? Different people would give me different answers, and I would make mental sticky notes as I was interviewing these entrepreneurs. Only when I got sufficiently far away, in both time and distance, could I do something revolutionary. Call it listening. No cell phones, no emails, no text messages. [I could ask myself] what are these people telling me? Are there any trends? And there were.

Regardless of where these people were located, one of the most haunting feelings is when a key employee gives two weeks’ notice out of the blue. Usually people [ask], “Why did I not see that coming? Where are you going? Can I save you? Do I want to save you?” Then the other shoe drops, which is: “Oh my gosh, I have to backfill this really critical role, and I hope that this person is an isolated incident, and there is not more of a cultural issue going on….” That became the inspiration for TINYpulse, my current company. What we do is we help companies like Hubspot and LivingSocial get a pulse on how happy, frustrated and burnt-out their employees are at work, so that the managers get a pulse of what is going on before they get two-week notices coming at them.

“One of the most haunting feelings is when a key employee gives two weeks’ notice out of the blue.”

Knowledge at Wharton: What do you hope readers will take away from reading Careercation?

Niu: In society, there are a lot of expectations that are heaped upon us as individuals. When I was doing some research, [I came across the writing of a] palliative care nurse who interviewed people on their death beds. She asked them, “What are your greatest regrets in life?” The number-one regret for these people, whose days were dwindling down, was that they did not have the courage to live the life that they wanted to live. Instead, they were living the life that other people expected of them and what society expected of them. When we told people that we were going to take this careercation and start traveling with my young family, most people thought we were crazy, including my sisters and my friends. But at the end of the day, it was not that bad at all. We had a fantastic time, and we redefined what we wanted to do and what we wanted to get out of life. I thought that was a really critical lesson for me. A lot of other people who get stuck in a rut may want to try something different. It is okay to do something that other people might [not support], and through that silver lining, you are going to learn a lot, push yourself and grow.

The second thing is that managing people is hard. At the end of the day, it does not matter your culture or where you are located. It is okay to acknowledge that managing people is hard. But there are different ways of approaching managing people than what we have done in the past. Nowadays when I ask CEOs what is one of the most important advantages that you have for your organization to succeed versus your competitors, the answer would probably be that people and culture would probably be very, very high. But then I ask the following question: If people and culture are very high, what do you do to measure and improve that? We know we cannot manage what we do not measure. They will say we do these annual surveys or we do biannual surveys. The following question is, how often do you look at your finances or your accounting or product or strategy? There may be weekly meetings or monthly meetings about that, which is the total opposite, because they just told me something was more valuable, but they measure it less or they can improve less. There is definitely a sea change coming, in terms of how people want to acknowledge that people and culture are really important. There are different approaches — be it TINYpulse or other philosophies — that can help them improve the productivity and retention of their folks, and at the end of the day, they are going to be happier as well.