When Zehre Avci, a daughter of Turkish immigrants in Belgium, was nine years old, she was sent to buy a coffin for her grandmother, who had just passed away. “I was crying,” she recalled. But she had to go, because “there was no one else to translate.” As a young teen, she led Turkish immigrant women with abusive husbands to get help for the same reason: There was no one else taking on the challenge.

Avci, now in her early thirties, said those experiences — doing what others cannot or will not do — inspire her current work in Brussels, where she has joined a social services agency dedicated to bridging the religious, social and economic gaps between immigrant women, many of them Muslim, and the wider Belgian population.

Like the more than 20 other Muslim women from around the world who gathered in Washington, D.C., this summer for a law and leadership program, Avci’s vision involves both leading her own Muslim community in more egalitarian directions and pushing for a deeper understanding of Muslims by Western society. The group of women received advice from Wharton leadership experts and others about how to realize their ambitious goals in the face of their unique challenges.

“Almost by definition, a person who is leading change or transformation sits physically and metaphorically in the old world they are a part of and the new world they are trying to achieve,” said management professor Michael Useem, director of Wharton’s Center for Leadership, who spent a morning in late July as the group’s instructor. “So many of the women [in this program] live in two worlds.” The three-week course, which brought together women of various ages from Belgium, Kyrgyzstan, Nigeria, Saudi Arabia and the U.S., was organized by the Washington, D.C.-based non-profit Karamah: Muslim Women Lawyers for Human Rights.

Karamah and the women it trains are pushing for interpretations of Islamic law that give Muslim women full rights in all areas of life — an effort that is not always warmly received by fellow Muslims.

Azizah Manae, a professor at King Saud University in Riyadh, Saudi Arabia, who took part in the program, noted that the majority of women in her country favor conservative interpretations of Islamic law. “Those women are against my point of view about the rights of women in Islam, and they say I am too ‘Westernized.’ This is hard.”

The women in the Karamah program said they face resistance from non-Muslims suspicious of their religious convictions. Aziza Chiutar, a senior executive in a multinational bank in Brussels, wears a Muslim headscarf, even though in Belgium, as in neighboring France, public displays of religion — Islam in particular — are viewed negatively. “As a result, many women who wear headscarves end up in jobs where they have no contact with the public, such as call centers,” she said. But her position, as manager of an information technology team at the bank, puts her in frequent contact with the outside world. She recalled one meeting with an IT supplier who assumed she must be a secretary. “I explained I was in charge of the team, and the meeting started very coldly,” she said. Gradually, however, the supplier warmed to her, and “the relationship became normal.”

Azizah al-Hibri, who founded Karamah in 1993 and serves as its president, added that Muslim women immigrants in the West also face difficulties on a third front, when they return home to their native land. “When I go back to Lebanon, I am ‘the American.’ Depending on how people there view American policy, that’s quite a complication,” said al-Hibri, who teaches law at the University of Richmond in Virginia. Managing all of these forces — hostility against Islam in the Western world, resistance to change among Muslims and hostility to the West among Muslim populations — is no easy task, she said. “It’s a lot for one woman to handle.”

Useem points out that some of history’s greatest leaders have faced down extreme pressure from within their own communities, even as they sought to change wider social forces. “Nelson Mandela faced resistance from black South Africans who did not buy into a gradualist, non-violent movement; it was the same for Gandhi and Martin Luther King,” he said. “That’s exactly why we consider them leaders: Their views transcended their need to be liked by others.”

Confidence remains a central issue for Muslim women, said al-Hibri. “If you look at a woman and she retreats under your gaze, how will she lead?”

In her presentation on women and leadership, Wharton adjunct assistant professor of management and executive coach Monica McGrath told the group that getting stuck on a particular problem is common for leaders, and that one solution is to talk such problems over with peers who, rather than give advice, ask probing questions. “I see incredibly powerful, passionate women in this room on the verge of change,” McGrath told the class. “I present this possibility: It could be the dialogue with one another that changes you.”

In an exercise designed to help women talk with each other about concrete problems they face, the conversations often captured the diversity of the Muslim world. Some of the women from Belgium, for example, were mystified to learn that women in Saudi Arabia are excluded from certain professions, such as engineering, on the basis that the work would force them to mix too much with the opposite sex. “Where in the Qur’an does it say that women and men must work separately?” asked Samira Chatar, an Antwerp-based lawyer who is working to become Belgium’s first female Muslim judge.

In fact, said one of the participants from Saudi Arabia, the Qur’an, the Muslim holy book, is silent on the topic. The government policy on the issue refers instead to stories, or hadiths, about the Prophet Mohammed, in which he taught men and women on separate days. “Could you point out that the Qur’an doesn’t separate men and women, and that they pray side-by-side in Mecca?” suggested Rajae Bouzegta, a language therapist from Antwerp who is active in women’s organizations.

Saida Saad, a 35-year-old member of a Nigerian opposition party, discussed a problem she faces when working in teams, which happen to be predominantly male. “When it is time for tea, or lunch, every face turns in my direction,” as if she should serve them, she said. Lubna Ismail, president of Connecting Cultures, a Silver Spring, Md.-based nonprofit that provides cross-cultural training for federal government, corporate and other clients, offered Saad some advice: “You as a leader need to speak up about the impact their assumption is having on your role in the team,” she said.

McGrath emphasized that this type of back-and-forth among peers is essential for leaders. Indeed, said al-Hibri, this was one of the main intentions of the summer program. “We give these women a sense of community, so they know they are not standing alone,” said al-Hibri. But McGrath also raised a potentially demoralizing point about women in leadership. “Research suggests that women have ambition, but that it gets dissipated as they get older,” she told the course participants. “I think as women face challenges to realizing their ambition, they lose energy for it.”

Chiutar, the senior executive at the bank in Brussels, said she was troubled that Muslim women who wear headscarves in Belgium often give up before trying to realize their potential because they assume they will penalized for their religious appearance. “I want to be a role model for them, to show you can be successful and be religious at the same time,” she said.

When McGrath noted that women leaders must often work within “a narrower bandwidth of acceptable behavior” than male leaders do, Chiutar added that Muslim women also face extra scrutiny. “A Muslim woman must prove not just that she is as good, or better, than a man, but as good as a Western woman,” she said. “We are a minority, so we have to perform very, very well on the job.”

The law and leadership program included several days of intensive training in Islamic law, so that the women have a strong religious grounding as they attempt to enact change among fellow Muslims. The course also included several sessions on American constitutionalism, in particular so Muslims from other countries, including European ones, can learn about First Amendment religious freedoms in the U.S. Explained al-Hibri, “If you are morally and religiously empowered, that gives you a different kind of confidence.”

A Sense of Calling

Like Avci, who bought her grandmother’s coffin, many of the women in the program shared how personal experiences have shaped their ambitions.

“Leadership is and should be viewed as a calling,” said Useem. “You have to know with confidence that you can make a difference, and, more strongly, that you should make a difference. People in this program had a very high sense of calling and purpose.”

In her presentation, McGrath showed a widely viewed video of neuroanatomist and stroke victim Jill Bolte Taylor delivering a lecture at the February, 2008, TED conference in Monterey, Calif. After watching several minutes of the video, in which Bolte Taylor described how her brother’s mental illness spurred her own interest in the brain, McGrath asked the women which aspects of leadership Bolte Taylor demonstrated.

“Her narrative is professional, but she brings in her personal family story, talking about mental illness without a sense of shame,” said Ismail of Connecting Culture. Replied McGrath, “That relationship with her brother drove her career. Her leadership was embedded in something incredibly meaningful to her, and that’s very important to remember.”

For younger participants in particular, the program offered a chance to reflect in a structured way on their sense of mission. Monique Thomas, a New York native and law school graduate who converted to Islam five years ago, said her contact with fellow Muslim women and her volunteer work with immigrant women in New York City helped her realize a calling to help struggling single mothers, particularly immigrant Muslim women from Africa and elsewhere.

“I know women who have been left destitute after a divorce. I want to educate Muslim women about what rights they have in marriage and divorce,” she said, adding that she has met Muslim women who are not even aware that polygamy, which is legal in some African and Muslim-majority countries, is not legal in the United States and would therefore provide no legal protection to second or third wives. But Thomas does not seek to simply leverage resources for these women; she also wants mosques to take a special responsibility for them. She said that some imams, or mosque leaders, who are male by definition, “simply don’t know what’s going on with women in their communities.”

The law and leadership program includes several days of training in conflict resolution, so that these women become skilled at getting their point across effectively without being alienating. “We don’t want them to run over to their imams and say, ‘Everything you have ever taught me is wrong,'” Al-Hibri said. “It is a gradualist approach.” 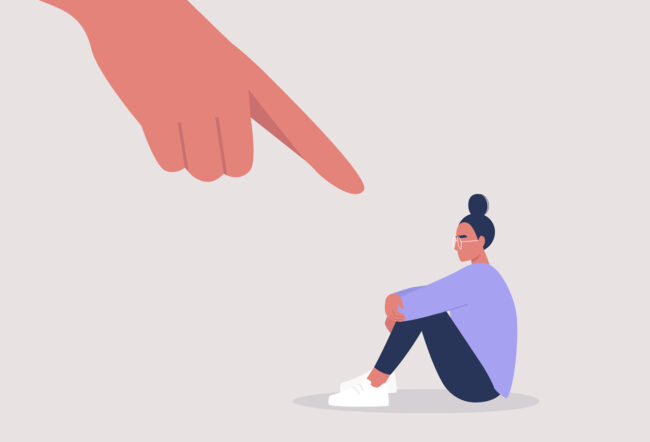