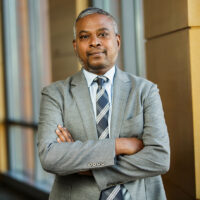 The largest market for Uber, Lyft and other ride-hailing app companies — New York City — last week had its first successful attempt at regulating the growth of the nascent industry. On Wednesday, the New York City Council passed a series of bills, notably one that places a one-year moratorium on the issue of new for-hire vehicle (FHV) licenses. Other bills establish minimum wage levels for ride-hailing service drivers; require FHVs to submit data on ridership with penalties for failure to do so; and create driver-assistance centers to provide counseling services.

New York City had little option to act, especially after a similar move by Mayor Bill de Blasio fell apart following intense lobbying by Uber. Increasing road congestion by cars was the biggest contributing factor to the passage of the bill capping new licenses, corroborated by a decline in subway ridership. The number of FHVs in the city had grown from 65,000 in 2015 to about 130,000 currently. Uber is the biggest gainer, as shown by its almost hockey-stick growth in ridership.

New York City took the right steps to regulate the FHV industry, according to Wharton professor of operations, information and decisions Senthil Veeraraghavan. “This is the right way to go,” he said. “This is a great experiment that we’re [witnessing].”

“They had to do something,” noted Wharton management professor John R. Kimberly. “This is part of an obviously much deeper story … and the timing seems to be right.”

The move to ensure that drivers receive a minimum pay of $15 an hour after they cover expenses is also significant, said James Parrott, director of economic and fiscal policies at the New School’s Center for New York City Affairs. He had worked on an extensive study for the city’s Taxi and Limousine Commission that looked at the ride-hailing sector and its growth, and in particular its impact on driver earnings.

Kimberly, Veeraraghavan and Parrott discussed the implications of the legislative actions governing New York City’s for-hire vehicle industry on the Knowledge at Wharton radio show on SiriusXM. (Listen to the podcast at the top of this page.)

“This is the right way to go. This is a great experiment that we’re [witnessing].” –Senthil Veeraraghavan

The establishment of a minimum pay for drivers is an important incentive for ride-hailing app companies to increase the utilization of drivers’ time, said Parrott. Drivers currently have a passenger in the car for only about 36 minutes of every hour, which means they don’t have a paying passenger for 42% of their time, he added.

Up to now, Uber’s business model has been “to flood the streets with cars,” since the firm gets a commission based on every fare, Parrott said. “There’s been no incentive for them to better utilize the drivers’ capital,” he added. “Keep in mind; this is an industry where the capital investment in the rolling stock – the cars – is entirely put up by the drivers. The pay standard gives them an incentive by allowing them to pay a little bit less if they make better utilization of the drivers’ time.”

The city will use the year ahead to study congestion levels in the city and find ways to redress that, including through congestion pricing mechanisms. Last week’s actions took a step in that direction with a surcharge on cabs below 96th Street ($2 per ride for medallion trips and $2.75 for ride-hailing app cabs). It will also allow the city to monitor how the pay standard works out, and how the ride-hailing app companies make better utilization of drivers’ time, Parrott said.

“Even if you increase utilization by 10 percentage points – from 58% to 68% – you would only increase average wait times across the city about 20 to 30 seconds,” said Parrott, citing his study’s findings. “We sense that most people can live with that.”

According to Parrott, the number of Uber trips in the city increased 100% in 2016 and 70% in 2017. Going forward, he said that figure could probably grow another 40% over the next year, “even without any additional cars on the street – just from increased efficiency.” Those increased efficiencies could come from a variety of quarters, including urging part-time drivers to go full-time and recruiting some of the drivers from the non-app services, such as the traditional livery car segment that has no minimum pay standards.

“Uber and the drivers are on both sides of the story,” noted Veeraraghavan. Riders want low waiting times, which can be achieved with more vehicles. But drivers want fewer drivers, because that would allow them to get better pricing, he said.

“Granted it might have been done a lot sooner, but it seems to me that at least in the city of New York there’s a real, serious effort to get their arms around the problem.” –John Kimberly

Parrott said New York City had first started talking about capping Uber and Lyft cars in 2015, drawing “heavy pushback” from the ride-hailing industry at that point. Between then and now, the number of trips using ride-hailing apps has skyrocketed to 600,000 a day, which is more than five times the level in 2015, he noted. A 2016 study by the mayor’s office proposed several remedial measures including those to reduce congestion, improve air quality, protect drivers’ interests and enhance passenger experiences.

Parrott said that while the city bears some responsibility for not acting sooner on the unbridled growth of the FHV industry, it faced a different climate when it attempted that in mid-2015. Uber at the time controlled 90% of the market in the city as opposed to 66% now, he pointed out. Suicides by six cab drivers also highlighted the “economic crisis” and changed public opinion in favor of the changes, he said.

“Theoretically speaking, there’s always a gap between what firms will want to optimize and what society wants to optimize,” said Veeraraghavan. “And it’s hard for individuals to see what’s optimal for this society.” However, as city residents have begun seeing the impact of the FHV industry’s growth — including on public transportation ridership numbers — they now have had a better understanding. “So we have a redo from 2015 to 2017 … and we’re seeing better support for this.”

“Granted, it might have been done a lot sooner, but it seems to me that at least in the city of New York there’s a real, serious effort to get their arms around the problem and to figure out how to solve it,” said Kimberly.

Congestion in New York City has worsened in recent years with not just the influx of cabs, but also other vehicles “providing instant service for a variety of needs that people believe they have,” including delivery vehicles, said Kimberly. “The density of tourists on the sidewalks is so great it spills over into the street – that slows down traffic and makes it hard for cars,” he added. The option of levying congestion pricing is being seriously considered also at the state headquarters in Albany, he noted.

At the same time, “the growth of FHVs has meant that there’s much better transportation access in the outer boroughs, so the city doesn’t want to diminish that newly available service,” said Kimberly. “And yet the city also has a great interest in making sure that the drivers are able to remain economically viable to meet their expenses and to earn a decent living.” Higher wages would also enable drivers to work fewer than the 10-12 hours a day they now put in, he added, and that would have safety benefits as well.

“If they can show that they have stability and regulatory certainty in their largest market in the U.S., that will give investors a lot more certainty….” –James Parrott

Congestion pricing will also help fund investments in maintaining and upgrading the city’s aging subway and public bus system, Parrott said. The decline in mass transit ridership is not just because of the growth of the FHV industry, he noted; commuters are turning away because of “under-investment and under attention to adequately maintaining the mass transit system.”

The changes also highlight a “leadership challenge” for Uber, said Kimberly. “They have hundreds of markets around the globe, and each market has its own political configuration, and its own way of doing business,” he noted. “When you think about the challenges of operating an enterprise like Uber on a global basis with all the local idiosyncrasies that need to be taken into account both economically and politically, it’s a really interesting [problem].”

Uber, which is currently valued at about $62 billion, is said to be preparing for an initial public offering of its stock next year. “If they can show that they have stability and regulatory certainty in their largest market in the U.S., that will give investors a lot more certainty about the potential prospects for the company,” said Parrott.

Uber’s impact on employment is also large, Parrott noted. Uber drivers are not legally considered employees, but if they were to be treated as full-time equivalent (FTE) employees, Uber would be the largest private-sector employer in New York City, with about 35,000 FTEs, he said. “[Ride sharing] has become a huge enterprise in New York City, and it and it’s not what people usually think of as gig work where you are doing this to supplement other income. We found that 80% of the drivers bought their cars mainly for the purpose of providing transportation services, and two thirds of the drivers are full-time drivers.”

Parrott noted that both Uber and Lyft embraced the pay standard proposal. But Kimberly thought they had little option in the matter. “I don’t think it’s by accident that they’re embracing the pay standard,” he said. “Left to their own devices, they probably would not have done that. But there’s been so much social criticism – and valid criticism – of their models that they’ve really had no choice.”