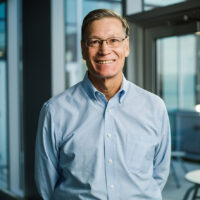 Until last year, employee stock options seemed to defy any law of economic gravity. In some cases, not only executives, but also non-executives and even low level administrators were making millions. The practice of dispensing stock options became so popular that a new word was coined for the phenomenon: optionnaire.

Like a modern-day gold rush, top managers from brick-and-mortar companies gave up their hefty salaries in exchange for mega option packages at upstart dot-coms. Indeed, many new economy firms relied aggressively on equity grants (stock options and restricted stock) as integral components of their compensation packages at all levels of hiring.

One prominent example of this trend was Joseph Galli, formerly an executive with Black & Decker, who left to spend a year at Amazon.com and then went to VerticalNet, where he stayed for six months. In January he returned to a staunch bricks-and-mortar company, Newell Rubbermaid, as CEO. A large portion of his compensation at both Amazon and VerticalNet had been in the form of stock options (although Galli reportedly had negotiated a protection clause that required Amazon to pay him up to $20 million if his options didn’t pay out).

Galli, like many others in the dot-com world, had begun to realize that there is a downside to employee stock options – a bear market. Since March 2000, tech stocks have been in free-fall, resulting in underwater option values for many employees, including those at such stars as Microsoft and Cisco. Media pundits have been declaring the death of options, buttressed by tales of former paper billionaires who are now worth almost nothing. Some executives even owe substantial tax bills after exercising options on stock that now trades well below their exercise price.

One might assume that employees these days want only competitive salaries, a 401(k) and a good health plan, right? Not necessarily. According to Mark Edwards, CEO of iQuantic Inc., a national human resource consulting firm headquartered in San Francisco, the death of stock options has been seriously exaggerated. Options, he states, “are very much alive and well.”

David Larcker, who along with colleagues Christopher Ittner and Richard Lambert, recently completed a paper called The Structure and Performance Consequences of Equity Grants to Employees of New Economy Firms.

Using detailed data on the compensation practices of new economy firms collected by iQuantic, the researchers look at whether equity grants actually improve stock market performance. They also look at the correlation between performance and the types of employees who receive these grants: in other words, does it matter which employee groups get stock options?

Ittner, Lambert and Larcker present the issue from two opposing points of view. Some people, they suggest, argue that the extensive use of equity grants by new economy firms has allowed them to achieve higher performance by providing superior incentives for employees to enhance shareholder value, improving the attraction and retention of key employees – particularly those in critical technical positions – and conserving funds by replacing cash compensation with equity grants.

Others argue that large, broad-based equity grants in this sector create the potential for excessive dilution of the equity stakes of existing shareholders, promote job-hopping, provide weak incentives to lower-level employees who have relatively little influence on firm performance, and do little to help attract and retain non-executive employees who are motivated by more than monetary incentives.

Where do the authors come out on this issue?

More importantly, the study shows that subsequent annual stock returns are higher for firms that grant more equity to managers and individual contributors than similar new economy firms do. Subsequent returns are also higher when equity grants to technical and non-technical employees exceed those provided by similar firms. The implication: “Give lots of stock options to the employees who are actually developing the products and services and producing revenue, i.e. the real value creators,” says Lambert.

In terms of magnitude, a 20% increase in the ratio of equity grant value to salary for managers (relative to other new economy firms with similar characteristics such as size, growth opportunities and market products) resulted in a 4.7% increase in the following year’s stock market returns.

Another interesting finding suggests that the performance consequences of equity grants are related less to the total value of a firm’s grants than to which employee groups receive them. The researchers show that for a 20% increase in the ratio of equity to salary for similar new economy companies, there was a 5.1% increase in annual returns if the grant was to technical employees; for non-technical employees, the return was 2.7%. No similar relation was found for either higher-level employees (e.g. CEOs, vice-presidents and directors) or for employees in the sales function.

“Within new economy firms, performance gains are only achieved when larger relative grants are made to employees deep inside the organization (i.e. managers and individual contributors), especially to the technical employees who are the key contributors of value creation in this sector,” concludes Ittner.

The authors conducted their research when the market was undergoing a bull run. What about employees who hold underwater options, many of which will never have any value?

First, Larcker says, stock options should clearly be viewed over the long-term, not measured by the vicissitudes of market fluctuations. Second, companies have, well, some existing options to consider. One approach is to lower the price of existing option packages (called “repricing”). This is what Apple Computer and Network Associates have done. But traditional companies mostly refrain from repricing because of the potential adverse reaction from institutional shareholders and unfavorable publicity. As a comparison, 60% of the new economy firms from the iQuantic survey repriced their stock options once and 31% have repriced more than once since their initial public offering.

Another approach is to make another grant of options, which is what Microsoft did last year (70 million options to 34,000 employees).

Larcker, however, contends that it can be a “smart move for companies to take swift action to reorganize stock option plans. If a new economy company loses its top employees, the company has nothing.” In addition, the researchers found no evidence that the total number of unexercised equity grants as a percent of shares outstanding – the option overhang – is related to a firm’s market performance.

The Employee Point of View

“Looking forward, how should one think about options?” asks Larcker. “Given that stock price volatility does exist in the market, we need to study the design of stock option programs in terms of both the cost from the perspective of the company and the value of the options from the perspective of the employee. We’ve shown that from the company angle, stock options do have incentive effects. But we know almost nothing about the viewpoint of employees – whether they perceive long-term value in their stock grants, whether options are a motivating factor and so forth. It’s an area we will be closely examining in our future research.”

In order to help answer this question, researchers at Wharton and iQuantic have co-developed a short (less than 10 minutes) survey to provide new insights into employee stock options. The survey is the first of its kind and is specifically focused on understanding the value of stock options from the employee’s point of view. Those who participate in the survey will help guide future thinking about this topic. Under no circumstances will individual responses be revealed. Complete confidentiality is assured. The aggregate results of the survey will be reported on in a future issue of