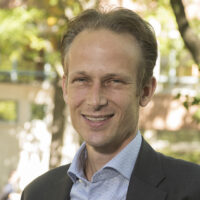 The downturn in the oil industry has been “completely devastating” for individuals who lost their jobs and for companies without strong balance sheets that can “weather this storm,” Marvin Odum, outgoing president of Shell Oil Company, said recently during an interview on the Knowledge at Wharton show on Sirius XM.

However, for Shell, the decline has provided new opportunities to realign its global strategy with the changing realities of global energy markets, Odum added. A 34-year veteran of Shell, Odum noted on the SiriusXM segment, “If you’re a company like Shell that spends a lifetime thinking about how you develop … the resiliency to get through these kinds of cycles, which you know will come, it’s a difficult time, but it’s a time you’re prepared [to] use to make strategic moves as well.” (Listen to the full SiriusXM interview with Odum using the player at the top of this page.)

Stung by a 70% slide in crude prices since mid-2014, last month Shell reported its lowest annual income in more than a decade, and pledged to make further cost-saving measures. Odum, who steps down at the end of March, was at the helm during Shell’s failed $7 billion bid to drill offshore in the Arctic, which the company abruptly called off last September. Since 2009, he has been on the executive committee, responsible for Shell’s portfolio interests in the Americas for shale oil, heavy oil and the Arctic.

In February, Shell acquired British Gas, a few months after BG reached record oil and gas output thanks to new projects in Australia and Brazil. The acquisition will boost Shell’s oil and gas production by 20%, according to Reuters, and bring it closer to challenging the world’s top international oil company, ExxonMobil. Combined, Shell and BG will overtake Chevron as the world’s second-biggest publicly traded oil and gas company measured by market value.

On March 3, in an on-campus discussion organized by the Penn Wharton Public Policy Initiative and Penn’s Kleinman Center for Energy Policy, Odum addressed the strategic challenges facing Shell and other energy producers at a session moderated by Arthur van Benthem, Wharton professor of business economics and public policy. Responding to a question by van Benthem, Odum noted that Shell as a company recognizes that the world is in an energy transition — away from a focus on fossil fuels to a mix that places increased emphasis on renewable energy sources, electricity storage and possibly the use of hydrogen.

“That transition is much more difficult than most people think it is, not the least because of the scale of the energy system and the trillions and trillions of dollars that have gone into developing that system.” –Marvin Odum

“That transition is much more difficult than most people think it is, not the least because of the scale of the energy system and the trillions and trillions of dollars that have gone into developing that system,” Odum said. “The world depends on that infrastructure, so replacing that infrastructure with something else is actually quite difficult. There is a real need to understand the complexity of the energy system overall.”

In a separate interview with Knowledge at Wharton, Van Benthem pointed out that while the transition to a new mix of energy sources may seem slow to take hold to outsiders, “it is actually very exciting and disruptive if you are inside the energy business — because it is not quite as slow as you would expect. It really means that a lot of traditional thinking has to be replaced.” Shell’s leadership has to think about how the firm can exist in 50 years if it is going to become mostly a natural gas and electricity company, rather than one that is predominantly an oil company, Van Benthem said.

A major theme of Odum’s Wharton presentation, Van Benthem pointed out, was that “although it is going to be very difficult — given the speed at which investment moves — to see a world predominantly powered by renewables by 2050 or so, it is completely wrong for oil and gas companies to say that they don’t have to take renewables very seriously because there are lots of exciting developments there.”

There are global ambitions to reduce CO2 emissions to 80% below 1990 levels by the year 2050, Van Benthem added. “Renewables will certainly play a big role — but you also have to rely on things like a shift from coal to gas and nuclear.”

A second major theme of Odum’s talk involved patience. In effect, he said that patience is key to the way Shell does business. When asked about whether he is troubled by the volatility of oil prices, Odum said that Shell has no idea what oil prices are going to be on any given day, and rather than attempt to guess where they are going next, the company’s leadership tries to identify the best projects possible, in order to ride out multiple booms and busts and average it out over time.

The decisions about which projects to take on are not clear-cut, Odum noted. “[These decisions] rely on absolute clarity about what you are trying to accomplish and asking this question for every [investment] you make: Does this particular project have the ability to survive better than the other projects you have to choose from?”

“These decisions have everything to do with what the world will look like during [the coming] decades. Will there be a price of carbon? If so, what will it be? What are the environmental factors that have to be considered?” –Marvin Odum

Further complicating the challenge, “these decisions have everything to do with what the world will look like during [the coming] decades,” Odum said. “Will there be a price of carbon? If so, what will it be? What are the environmental factors that have to be considered? Also — all the geopolitical factors; the country-risk factors. That’s just a small number of factors that have to be considered.”

Odum also touched on Shell’s strategies for remaining profitable while nevertheless handling environmental challenges such as climate change, and related public policy initiatives such as the 2015 Paris Climate Accord and the Obama administration’s Clean Power Plan.

Many U.S. policy makers, energy executives and academics have expressed strong skepticism about the goals laid out by the 195 countries at the conclusion of the Paris Summit. “In my opinion, it was borderline embarrassing that the world leaders were holding hands like they saved the earth” after the Paris gathering, Van Benthem said. “It’s a start, but once you look a little closer into it, it is just a list of 200 good intentions, which are often very vague and are very easy to renege on afterwards.” Though world leaders “over-sold” the accord, according to Van Benthem, it could stand the test of time if major countries follow through with quick and serious action.

Odum saw it differently, however. “I personally think that 200 countries coming together to have consensus to some extent … and making commitments [is a] significant event in itself … and it builds a certain amount of momentum that will cause decisions to be made,” he noted.

In the U.S., the Clean Power Plan has the objective of reducing pollution from the power sector to 32% below 2005 levels by 2030. This was the plan that was presented at the Paris summit, although the President had to submit the plan via executive order due to Congressional opposition. Two dozen states and a coal company have sued Obama over the plan, which they argue goes beyond the authority granted to the U.S. Environmental Protection Agency by Congress.

Van Benthem asked Odum if he is a supporter of the Clean Power Plan. Odum said he prefers setting a price on carbon, and noted that the Clean Power Plan was the closest analogue to a price on carbon that the Obama Administration could practically achieve. The EPA regulations are more complicated than a carbon price because every state has its own target and each state needs to come up with its own plan in order to reach that target by 2030. “We prefer that they make the plan very flexible so you don’t literally tell states [for example] that ‘You need to shut down coal-powered generation,’ but [rather] that a state can choose any technology to meet its target,” Odum said. “And if states want to trade — e.g., if it is easy for Massachusetts to meet its target but not so much for West Virginia — then one could do more and one could do less.”

“[The Paris Climate Accord] is a start, but once you look a little closer into it, it is just a list of 200 good intentions, which are often very vague and are very easy to renege on afterwards.” –Arthur van Benthem

The Benefits of High Carbon Prices

Odum said Shell uses the price of $40 per ton for every ton of CO2 that is emitted. When Van Benthem noted that Shell uses this price to evaluate its projects, Odum said, “This is a strong signal that we … put our money where our mouth is, about wanting to have a price of carbon…. This gives you a sense of resiliency to this sort of change…. It’s not a real price; it’s just a price we add on and use to rank projects.” Odum added that Shell wants to set a price of CO2 that is “high enough that it triggers substantial innovation and incentivizes companies to change their practices.”

According to Odum, “Our position is that the only way you get to where you want to be is to use market forces to do it, and therefore to have a price of carbon to help with that shift. We very clearly and openly call for and advocate a price on carbon. If you live in a compete dream world, you might say that one price across the world could apply to the whole economy … and that things would move forward smoothly. [But] that’s absolutely and completely a dream world.”

Forty dollars is also near to the current U.S. government estimate of the environmental cost of a ton of carbon, Van Benthem noted. He added that there are two major reasons why Shell has aligned its strategy with carbon prices. “First, Shell wants to be a major player in [carbon capture and storage underground.] That’s not going to fly if there is no CO2 pricing. They think this is a technology they are very good at. They want to be a leader and exporter of that technology. That’s part of the deal.”

Second, and more importantly, with its acquisition of BG, Shell is “moving away from being mostly an oil company with a bit of natural gas, to becoming mostly a natural gas company which happens to do a little bit of oil,” Van Benthem said. Carbon pricing, or something like the EPA’s Clear Power Plan, is “relatively favorable for natural gas producers — and much less so for their competitors that are more oil- or coal-heavy. It certainly puts [Shell] at a competitive advantage compared with other players in the energy industry.”