A shudder ran through the world’s stock markets on Monday when the news broke that Apple’s board had agreed to let Steve Jobs take open-ended medical leave. Though U.S. markets were closed because of Martin Luther King Jr. Day, the company’s shares fell more than 8% in Germany, wiping out $22 billion in market capitalization, according to one estimate. Over the next few days, Apple’s shares could fall further, as speculation swirls about the company’s prospects without Jobs at the helm. 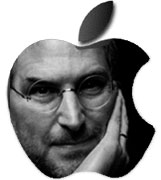 This situation is reminiscent of January 2009, when Jobs went on medical leave for six months to receive a liver transplant as part of his treatment for a rare form of pancreatic cancer. Back then, Apple’s share prices fell more than 10%, and then recovered gradually when Jobs returned. Today, Apple’s market cap is nearly $320 billion – so the stakes are much higher for the company’s investors, employees and customers.

The critical challenge for Apple remains succession planning, as several Wharton professors noted back in 2009.  According to Michael Useem, director of Wharton’s Center for Leadership and Change Management, selecting a successor for Jobs has been challenging because “there are few companies where the top person has as much of an impact [as Jobs has had] at Apple.” Still, according to Peter Cappelli, director of Wharton’s Center for Human Resources, it is unlikely that Apple will fall apart without Jobs. “Investors get worried if they think the future of an entire company depends on a couple of key individuals. In fact, that is almost never the case. This bias — attributing the success of organizations to individuals — is pretty common. Several studies have looked to see what happens when CEOs … die unexpectedly. All the studies show that, rather than collapsing, share prices in fact actually go up. The current leaders are not that crucial. Companies don’t collapse when the leader departs, and there is some time to fill the job.”

Though Jobs is identified incredibly closely with Apple and its brand, the company does have other strong leaders. These include COO Tim Cook, who will take over day-to-day operations, and Phillip Schiller, who oversees marketing. Schiller substituted for Jobs as the keynote speaker at Macworld two years ago. With any luck, these executives and their teams will be able to steer Apple while Jobs is away.

Meanwhile, Knowledge at Wharton has this message for Jobs: We wish you a speedy recovery.