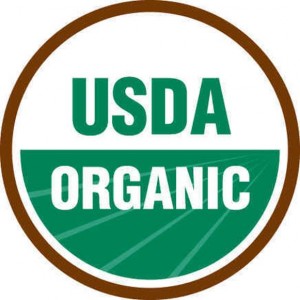 Earlier this week, a team of Stanford researchers released a study in response to numerous patient questions about the relative health benefits of organic food, discovering little evidence that it had more nutritional value than conventional products.

The results would seem to be good news for producers of non-organic food, although the study did find less pesticide contamination in organic produce.

More likely, according to Wharton marketing professor Americus Reed, is that any efforts to incorporate the study results into a marketing strategy will show how hard it is to change consumers’ minds. “If you are the type of person who believes that organic food is better and someone shows you this study, you have to have a reaction,” he notes. “One reaction would be to say, ‘The study is wrong.’ Another reaction would be to say, ‘No, this study is correct and I was wrong.’ You can imagine which option is easier psychologically.”

One ongoing challenge facing organic food producers in convincing consumers to switch is that their products tend to be more expensive and are sometimes harder to find at stores. To minimize backlash from the Stanford study, Reed says organic food marketers can incorporate into their messaging the idea that there are a number of different ways to interpret any scientific study.

He points out that the researchers didn’t find that organic food is bad for you — merely that it isn’t astronomically better than other types of food. “You’re relying on the absence of an observation to prove something,” he says. “That’s not the same thing as observing something to prove something.”

In addition, there are many different reasons why consumers may buy organic food — fewer pesticides, more humane treatment of animals, perceived health benefits or simply because it seems like the “right” thing to do, Reed notes. His wife buys only organic food for their daughter and, after Reed showed her an article about the study, she said it reinforced her decision to do so because the products were found to have fewer pesticides. “When it comes to things parents are putting in their child’s body, they’re not going to be persuaded by this at all,” he says.

If producers of non-organic food intend to use the study as part of a campaign to convince consumers that they are wasting their money, the companies have a long road ahead, Reed notes. “You can show a smoker reams and reams of data that smoking is correlated with lung cancer and they’ll figure out a way to [rationalize] continuing to smoke,” he says. Also, “it’s a very fundamental driver of consumer behavior [to think about] how does my behavior reflect on my self-image. Marketers play into these self-images in how they try to alter behavior, but it’s very, very difficult to move the needle.”

Case in point: Target’s image makeover. “People don’t even remember when [the retailer was] sort of at the bottom of the barrel — I remember being in school and people were teased for shopping at Target,” Reed says. “Now shopping there is a badge of honor. But it took a lot of money and time and investment over the long term to accomplish that.”