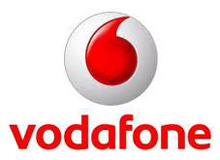 It was one of the most eagerly awaited judgments in recent times. On January 20, the Indian Supreme Court held that U.K.-based telecom service provider Vodafone was not liable to pay tax on a deal involving the 2007 takeover of the Indian telecom assets of Hong Kong-based Hutchison.

The issue was simple. The US$11 billion shelled out for a 67% stake in Hutchison Essar (the Indian company) was a transaction between two foreign entities. But the underlying assets were almost entirely in India. The Indian tax authorities claimed that the deal should thus attract capital gains tax in India. Vodafone was hit with the demand because it should have withheld the tax amount before paying Hutchison. Besides, Vodafone had the Indian assets; Hutchison had no significant interests left in the country.

The Supreme Court felt that the transaction was not a sham or an attempt at tax avoidance. “We hold that the offshore transaction herein is a bona fide FDI (foreign direct investment) into India which fell outside India’s territorial tax jurisdiction,” said the court. “Hence [it is] not taxable.” The Bombay High Court had earlier ruled in favor of the tax authorities. Vodafone had approached the Supreme Court and had been asked to deposit US$500 million and provide a bank guarantee of US$1.7 billion while its appeal was being heard. The deposit is now being returned with 4% interest.

Vodafone is understandably pleased with its victory. “We welcome the Supreme Court’s decision, which underpins our confidence in India,” Vodafone Group CEO Vittorio Colao said in a statement. “We will continue to grow our Indian business, including making significant investments in rural areas and in 3G network coverage.” In London, Vodafone Group shares rose about 1.5%.

The Vodafone judgment is obviously important for the company. But it has greater ramifications. “The verdict will bring a certainty in the minds of global investors regarding Indian tax consequences in case of sale of their investments,” says Suresh Surana, founder of the accounting and auditing firm RSM Astute Consulting. “The international community has been keenly awaiting the verdict.” Adds Rohan Shah, managing partner of law firm Economic Laws Practice: “The judgment takes a clear position on India’s territorial jurisdiction to tax. It holds that transfer of shares outside India is not taxable in India. It also supports the legitimacy of tax planning in genuine investment transactions.”

“This case has been highlighted in the foreign media,” lawyer Ajay Vohra of Vaish Associates had told India Knowledge at Wharton earlier. “If this goes in favor of Indian Revenue, it will become a test case for several such transactions which have taken place outside India resulting in transfer of ownership of the India piece as well. I think the international media and the international tax community are very alarmed about the prospects of this case.”

The tax authorities may have lost, but their position isn’t entirely without merit. If this be the accepted law, many multinationals would restructure their holding structures in their Indian interests. But Vodafone may be one of the last companies to escape the capital gains tax net. Meetings of bureaucrats and ministers in Delhi following the Supreme Court judgment indicated that such “loopholes” would be plugged. Vodafone and other similar deals – for example, GE’s US$500 million sale of its majority stake in outsourcing firm Genpact to private equity firms General Atlantic and Oak Hill Partners, and the US$981 million sale of Mitsui’s 51% in mining company Sesa Goa to Anil Agarwal’s U.K.-based Vedanta Group – were expected to chip in to help balance the government’s books. They won’t. But such deals in the future may well be brought under the tax net. Says Surana of RSM: “The DTC [direct tax code currently under discussion] Bill does provide for taxing such transactions if the Indian investments constitute more than 50% of the total assets of the holding company.”