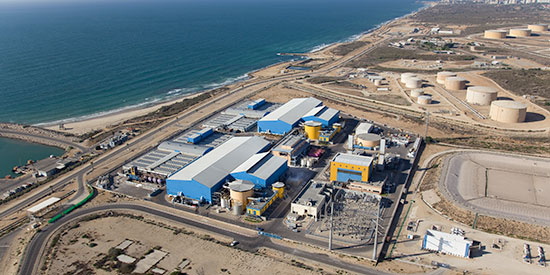 Water is scarce – and what is worse, a lot of it is wasted. According to the World Bank, an astonishing 32 billion cubic meters are lost globally in urban water distribution systems every year from drips and leaks reflecting an average loss of 25% to 30% of all urban drinking water. Allowing all those drops to drip away is akin to flushing hard cash down the toilet to the tune of $20 billion a year.

Utilities all over the world are facing public scrutiny over increasing costs resulting from so-called non-revenue water, or water that is produced for public consumption but which is lost through leakage before it reaches the consumer. Current practices are generally not conducive to efficient monitoring and management of networks. “The global water crisis is gaining momentum, and the demand for water is increasing at a much higher rate than the increase in population,” says Angel Gurria, secretary general of the Organisation for Economic Co-operation and Development (OECD).

Gurria noted in a speech in Tel Aviv last June that the OECD intends to distribute Israeli technology and know-how to third world countries as part of the effort to deal with the global water crisis. Situated in one of the world’s most arid regions, Israel has pioneered national water management and is an innovator in areas such as drip irrigation, recycling, purifying sewage water and water desalination.

According to Noam Lior, a professor of mechanical engineering and applied mechanics at the University of Pennsylvania, Israel’s expertise in this field dates back to the early twentieth century when agriculture was the primary occupation of Palestine (as it was called then). Agriculture demands vast amounts of water, and there was an ongoing, organized effort to use technology imported from Europe to develop water resources, introduce conservation and treat waste water.

Lior notes that water was scarce and the pioneers extracted it from the ground but were concerned about sustainability. “These measures were successful, although water resource development was not sustainable in the long term considering the excessive use, shortage of resources, water pricing well below the value, and the ultimate need to share [resources] with the Arab population in Israel and the neighboring countries,” he adds.

Israel faces enormous challenges with regard to its water supply. Abraham Tenne, who heads the Israel Water Authority’s desalination division, says a huge gap exists between “the demand for water and its natural resources, and the gap is growing.” Natural resources provide some 1.1 billion cubic meters in an average year based on water enrichment received from rain. Consumption, meanwhile, has reached 2 billion cubic meters a year, representing a deficit of 1 billion cubic meters. “This is our big challenge,” Tenne notes. “We are basically a desert and have a huge gap between the demand and the supply from natural resources. We have to figure out what we can do about it.”

Israel has developed several systems to save water. The drip irrigation system, invented in Israel, that has become known world-wide, is responsible for 90% of agricultural irrigation. In contrast, the percentage in the U.S. is some 5%. For example, in Arizona, whose population is more or less the same as Israel, flood irrigation is used and consumes some 8.5 billion cubic meters of water a year, about four to five times as much as Israel.

Tenne outlines several strategies that Israel uses to conserve water. For example, children are educated from kindergarten to use water in an economical way and to encourage their parents to turn off the tap while brushing their teeth, showering or shaving when water is not needed. Recycling waste water is important. “Today, 80% of our waste water is treated and reused for agricultural irrigation,” he notes. “The goal is to reach 90% in five years, representing 400 million cubic meters a year from waste water alone.” Another 150 million cubic meters of mainly salty water is pumped out from faulty aquifers. Rain water is caught and stored in reservoirs in winter and used in the summer for irrigation.

Desalination is yet another facet of Israel’s water strategy. More than 360 million cubic meters of water a year are desalinated in Israel, representing about 50% of the municipal drinking water in use. At the end of 2013, after the completion of three new projects, the number is expected to reach up to 670 million cubic meters a year. As the gap between the demand and supply of water narrows as a result of these measures, more water will be saved by reducing pumping from the aquifers and the Sea of Galilee.

Tenne notes that Israel is working on a master plan looking ahead 30 to 40 years, so that the country’s the Water Authority can provide enough water for a growing population. The plan involves all water utilities and municipalities. Existing water meters will be upgraded to electronic ones, which will transmit data to a central control room alerting staff to problems in the pipes, such as a leakage, and prompt immediate action to repair them. The control system will indicate consumption, water pressure and quality. All the information is concentrated in central control rooms forming the foundation for effective water management.

Tenne believes Israel’s innovations in conserving water can benefit other countries in the region. For the past three years, Israel has been holding seminars for Palestinians and Jordanians to teach them how to use water efficiently and to emulate Israeli methods to alleviate the water shortage. “We believe that water can be used as a bridge for peace,” he notes.

A major problem Israel faces is the loss of 10% of water through leakage. This is small compared to the West; in the U.K., for instance, London’s water system has been losing some 40% a year, which means locating and repairing leaks immediately is of paramount importance.

Some Israeli companies are developing new technologies to detect and repair leaky pipes without shutting down the water supply. Among them is Curapipe Systems, whose CEO, Peter Paz, says: “What has been seriously neglected up to now is asset management of the infrastructure. Leakage has become a major factor in water management. Technologies for the repair of leakages have been lacking up until now. In the past five years several new Israeli technologies have come to the forefront to remedy this problem.”

Curapipe has a system known as Trenchless Automated Leakage Repair (TALR) for sealing leaks in water pipes. Curapipe employs pigs – or bullet-shaped foam swabs that supposedly look like pigs – that are commonly used to clean urban water mains. Curapipe’s system uses a train of two pigs with a compartment of viscous curing substances wedged between them. When the train encounters a crack or a leaky joint, the substance flows out and hardens, plugging the leak. The advantage of this system is that it can plug leaks without the need to reduce water pressure or to replace the whole pipe, which can be expensive, time-consuming and disruptive.

“Penetrating the market with new technology is always a challenge in the pipeline industry. When deciding on the internal transport method for our repairing compound, our natural choice was the pig which is widely accepted in the pipeline industry. That way utilities and pipeline operators would be less hesitant about becoming early adopters,” explains Paz, who has served for the past four years as a faculty member of the Wharton-Recanati Global Consulting Practicum, a select joint course for Wharton-Recanati MBA Students.

Saving Water in a Cloud

Acutely aware of the water crisis in Israel and abroad, Amir Peleg, an Israeli entrepreneur, decided to take action and founded TaKaDu in February 2009, with the vision of using advanced mathematics and software to reduce water loss. Based near Tel Aviv, Peleg and his team developed a water management network that identifies subtle clues in the data through a process of statistical analysis. It analyzes the data fed to it from a waterworks facility and uses it to detect leaks promptly and assists the facility in prioritizing repairs.

TaKaDu’s water network management system has helped prevent significant events in networks, weeks or even months ahead of time. It does so by alerting utilities to small changes that precede bursts and other anomalies. Events range from multiple leaks and bursts, invisible underground leaks that might go undetected for months, as well as unnecessary pumping.

Having tested its technology in Israel, TaKaDu is now sharing it with other countries such as Britain and Australia. The Thames Water Company in the U.K. worked with TaKaDu to run a pilot program in 2010 in an attempt to curb the loss of 670 megalitres of water a day through leakage. Thames is the country’s largest water services provider, serving 13.8 million customers for waste water and 8.7 million for clean water. The pilot was successful and TaKaDu installed its technology to monitor the British capital’s water supply around the clock.

In Australia, Yarra Valley Water is the largest of three retail water businesses providing water supply and sewerage services to more than 1.6 million people, 660,000 properties and 50,000 businesses in the northern and eastern suburbs of Melbourne.

The utility had been investigating the use of data for automated monitoring ever since dividing its network into 140 water distribution zones (DMAs). Hundreds of flow and pressure sensors, transmitting frequent data reading to the back office, have been deployed as part of this network division. The utility worked with TaKaDu to design and build a network monitoring SaaS platform for this purpose.

Help from the Government

Israeli water companies enjoy substantial government support in promoting their technology abroad. Several government ministries, including those of health, agriculture and education, have joined forces to form Israel Newtech, an umbrella organization to focus their efforts for the purpose of selling Israeli technology abroad.

Israel Newtech connects the water tech companies with potential investors from abroad, assisted by commercial attachés at Israeli embassies. This program has been running for the past six years, so the attachés have become keenly aware of their country’s capabilities in the water technology field. “There is a great demand to learn about Israel’s water technology,” notes Oded Distel, director of Israel Newtech. “We have many agreements with water utilities and governments, and we are able to open many doors for Israeli companies.”

The water industry is equally active in promotion on the home front. Watec, an exhibition and conference aimed at highlighting Israel’s technologies in the water, environment and energy fields, is held every two years. “We invite speakers from all over the world, and also encourage our visitors to experience the technology in action at the various installations,” Distel says, adding that the next Watec will be held in October 2013.

Valuing Water: How Can Businesses Manage the Coming Scarcity?

Ebb without Flow: Water May Be the New Oil in a Thirsty Global Economy