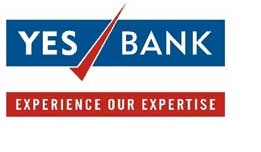 India’s banking sector is getting ready to welcome new players.  Earlier this month, the Reserve Bank of India (RBI) announced that it had received 26 applications for the new banking licenses it is expected to issue. The aspirants include corporations, non-banking financial companies, brokerages, microfinance institutions and even gold-trading companies. Of the 26 new applicants, around three to five are anticipated to get the go-ahead from the RBI. The expansion of the sector is part of an effort by the government to make banking more accessible within the country.

But even as the regulator is examining the credentials of the new aspirants, India’s youngest Greenfield bank, YES Bank, is in the midst of a controversy. YES Bank was incorporated in November 2003 and received its banking license in May 2004. The company was co-founded by two banking professionals, Ashok Kapur and Rana Kapoor. While Kapoor continues as managing director and CEO, Kapur, who was non-executive chairman, was killed in 2008 in the terror attack in Mumbai. Kapur’s widow Madhu (who owns a 12% stake in the bank) and children Shagun Gogia and Gaurav Kapur claim that their rights as co-promoters have been violated. There is a family angle to the dust-up, too: Madhu and Kapoor’s wife are sisters.

One of the key points of contention in the YES Bank feud is Gogia’s bid for a place on the board as nominee director. Kapur’s family recently went to court against three new external appointments to the bank’s board that were made without their consent and once again raised the issue of Gogia’s directorship. Even as this tussle was on, YES Bank inducted three of its senior executives to the board. According to a statement from bank officials, this was done in order to “further build and strengthen the institutional and professional character of YES Bank as the ‘Professional Bank of India’.”

Gogia, 38, has a management degree from the Indian School of Business (ISB) in Hyderabad and has been an executive at Rabo Finance and ICICI Venture Funds. She is also the founder of private equity fund Tuscan Ventures. But YES Bank officials say that Gogia does not have a proven track record and does not meet the “fit and proper” criteria laid down by RBI. (RBI’s criteria are vague, however: About the only concrete statement it makes is that a director must be between 35 and 65 years of age and cannot be a member of Parliament. The other norms include “experience, track record, integrity, etc.” which are left for the individual banks to define.

The YES Bank feud has raised important questions, especially with the sector opening up to new players. For instance, Gogia is trying to obtain a board position because she is the daughter of a founder. But YES Bank claims to be professional — so is there a conflict? There are mixed views. Deepak Parekh, chairman of the Housing Development Finance Corporation and an industry veteran, told business daily The Economic Times that “in the case of a bank where a family holds a large stake, if the member, as per RBI, is fit and qualified, the board could take a view to consider the appointment of such a family member.” Robin Roy, associate director, financial services, PricewaterhouseCoopers India, says on its face, “the bid … seems to be in keeping with shareholder prerogatives.”

According to Rajesh Chakrabarti, professor of public policy at ISB, YES has a valid objection if it can show that Gogia does not fulfill the guidelines put forth by the RBI. Other industry observers say that the bank should let the regulator decide if Gogia passes the “fit and proper” criteria instead of making the decision on its own.

But does a director of a bank need higher standards than the director of a company? “One obvious reason would be a bank’s unique position to garner large volumes of deposits and disintermediate in the economy,” Roy notes. “Banks act as trustees of public money and participate in the payments and settlements systems involving all markets.” (Indeed, one of the reasons for the nationalization of India’s banks in 1969 was that the big-business families that owned the financial institutions were violating norms in lending by providing loans to group companies.) Adds Chakrabarti: “If a bank fails, it has greater impact on the economy of a country than the failure of a company.”

Pointing to an apparent shortage of people in India who are suitable to be directors, Chakrabarti says that in the aftermath of Indian IT services firm Satyam Computers announcing in 2009 that it had been falsifying accounts for years, there seems to be “reluctance among people to take on directorships because they fear that their reputation may be at stake.” Roy adds directors need to have “a mission and passion to participate in very high standards of governance and institution building.” Pointing out that there is greater expectation from the regulator for directors to discharge their responsibilities more effectively and that there are now also more penalties for not doing so, Roy notes that “many may not feel up to it.”

So what lessons does the YES Bank feud hold for the new aspirants? “The new players will need to ensure that the highest standards of corporate governance are established,” says Roy. “The separation of professional management from owners and rent-seekers is better envisaged than achieved. At the risk of oversimplification, I would say that the right set of motivations are required to influence people’s behavior so that they act with the best of intentions and participate in decisions objectively.”