Innovation is in vogue in many industries including health care. But what exactly is innovation? That is the issue hospitals and academic medical centers are grappling with today. After instituting one or two initiatives and hiring a chief innovation officer, the effort often tapers off. The result is that true innovation — one that transforms — has trouble catching on.

Wharton management professor John Kimberly is doing research in this area of health care with the goal of further refining theories of innovation within the context of large, complex organizations. He says part of the issue is choosing the chief innovation officer: Is it better to have a doctor or someone who knows the medical industry? Or would an outside technologist who can take a broader view of innovation be a better choice? Also, what are the outcomes of these efforts at innovation?

Knowledge at Wharton recently spoke with Kimberly to discuss the implications of his research. An edited transcript follows.

Knowledge at Wharton: Professor Kimberly, tell us about your research.

Kimberly: This is a project that we’re undertaking with the support of the Mack Institute here at Penn. This research examines a phenomenon that is literally sweeping the country in the world of health care. Innovation is all the buzz these days, and what we’re finding is that a number of hospitals and academic medical centers, in particular, have created a new role in their organization called the chief innovation officer. Sometimes, it’s called vice present for innovation. But the person who occupies this role is tasked with trying to develop new approaches, new solutions and innovative ideas, and drive them through the organization.

What we’re interested in [first of all] is to try to understand why hospitals are investing in the creation of this new role and, perhaps, the structure of the center. Number two, who are the people who are being called on to head up these initiatives? And number three, what are the outcomes? Are rates of innovation in any way affected by the creation of this role, and how so? For this research, we’re on the front end of the process here. We’re interviewing chief innovation officers and other people around the country in academic medical centers, and we’re probably halfway down the road in terms of the data collection process.

Knowledge at Wharton: What are some of the goals of your research?

Kimberly: The goals of the research are to contribute in two dimensions. One is the further refinement of theories of innovation in the context of large, complex organizations. Number two is [to discover] what are some of the practical applications of the research that we are doing. We’re undertaking this research to advance theory, but we’re also very interested in the practical side of this. What seems to be working in what context? What can we learn about the way in which it’s working or the kind of obstacles that organizations may encounter that we can then disseminate and let others learn from? The result is that the process of the development of innovation, of new approaches in these wildly complex academic medical centers, can unfold with fewer problems and, perhaps, better outcomes.

“The kind of person you choose for that [CIO] role is going to have a major impact on how innovation gets defined internally and then what the consequences are subsequently.”

Knowledge at Wharton: What are you learning so far?

Kimberly: What’s really interesting about this is that while everybody agrees that the current dilemmas our health care system is facing require innovation … these centers for innovation are diffusing somewhat slowly themselves. There are two things that are important at this point: One is the question of who is getting picked to play the role of chief innovation officer. What we find is that sometimes the candidates are internal people — physicians who understand the institution, its culture well.

In other cases, there are outsiders who don’t have an M.D. degree, but who’ve been very successful in moving the needle on innovation in other settings outside the world of health care. That’s interesting because there are two quite different theories about the capabilities that are required to be successful.

The second thing that we’re learning is that implementation is the stumbling block. While it’s easy to get things off the ground and to hire somebody, it’s at that point that the real hard work begins. And what we’re finding is that in some cases, there’s been a certain amount of success in moving the needle on innovation. In other cases, it’s been a really tough slog, and implementation is proving to be a huge challenge.

Knowledge at Wharton: What are some of the common themes in this research?

Kimberly: One of the things that has been really interesting about this is to see how innovation is defined in different settings that we’ve observed. What we’re finding is that in some settings, it’s relatively narrowly defined, perhaps in terms that most of us might, off the top of our heads, associate with an academic medial center. There are innovations in medical technology or innovations in surgical procedures. But in [other] settings, the definition of innovation is much broader and includes innovations in human resource practices, innovations in the way workflows are defined. It’s a much broader view.

One of the things that we’re interested in — and we think we are onto something here — is that it seems when somebody is hired from the outside to play this role of chief innovation officer — and when I say “outside” I mean not only outside the academic medical center itself, but outside the field of medicine in general — they tend to take a much broader view of what innovation encompasses.

“Implementation is the stumbling block. While it’s easy to get one of these things off the ground and to hire somebody, it’s at that point that the real hard work begins.”

As such, the range of initiatives that are undertaken under their aegis is somewhat broader than the initiatives that are undertaken when it’s an M.D. in this role of chief innovation officer. That has, I think, real implications down the road for how institutions that haven’t already set up an innovation center, haven’t identified and hired a chief innovation officer, might want to think about what they want to accomplish with this role. The kind of person you choose for that role is going to have a major impact on how innovation gets defined internally and then what the consequences are subsequently.

Knowledge at Wharton: What’s next?

Kimberly: I’m working with Kyle Myers, who’s an advanced doctoral student in Wharton’s department of health care management and economics, and three undergraduates in the Engineering School, on their work in health care. We’re in the process of finishing up the data collection, and that should be completed rather soon. One of the fun things about this project is that as we’ve gotten into it, what we’ve found is that this role of chief innovation officer exists in other sectors of the economy outside health care.

It’s going to be very interesting to see whether the kinds of things that we’re finding in the world of health care also apply to similar kinds of initiatives outside it. My suspicion at this point is that there will be some crossover and that some of what we’re learning about effective initiatives in the world of health care will be relevant for [non-medical] organizations that are anticipating adding this position of chief innovation officer. We’re very excited in a practical sense about the implications of our findings. 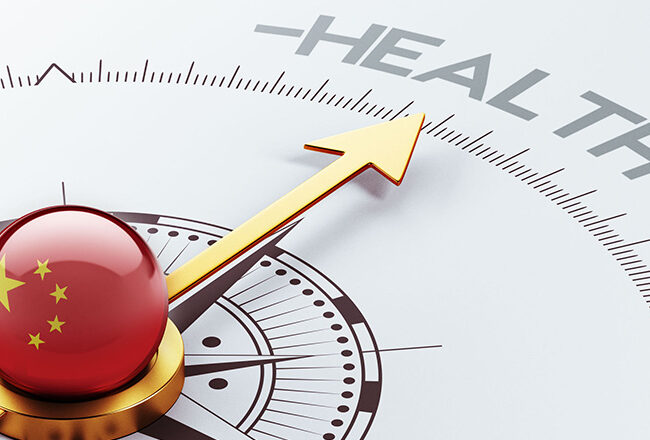 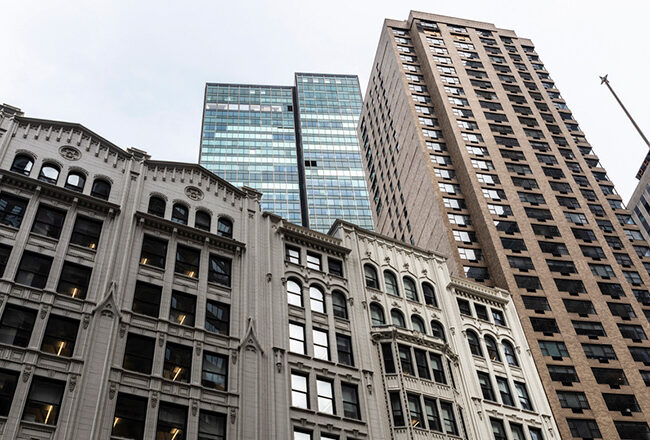 What’s Going to Happen to All Those Empty Office Buildings?