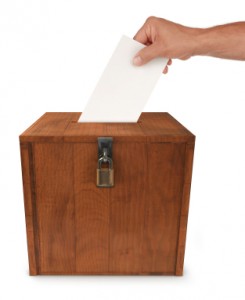 This opinion piece was written by Geoff Smart, CEO of ghSMART and author of the books Who and Leadocracy, and his colleagues Claudio Waller and Michael Haugen. ghSMART is a U.S.-based consulting firm that specializes in hiring and developing leaders to enable them to maximize their impact.

The world is approaching an important presidential election. On April 14, Venezuela goes to the polls to choose its new leader. The country has the largest proven oil reserves in the world. For 14 years under President Hugo Chavez, Venezuela was a fractious member of the world economic community. If the country were a giant company thrust into a sudden CEO selection process, would the shareholders – the electorate – opt for radical change? What should be the basis of judgment? And, finally, do the CEOs-in-waiting measure up?

In working with our corporate clients on identifying leaders who are best suited for the tasks to be accomplished, we use an approach that might also make sense for the Venezuelan voter. We recommend three applicable best practices for hiring:

The candidates who can charm without substance include the Bureaucrat, who pledges stability, but lacks practical experience that comes from ever having a job in the society they want to govern; the Idealist, who uses words like “ought” and “should” but lacks a rational, fact-based plan to achieve specific results; and the Screamer, who makes up in name calling and dramatic speeches what he or she lacks in competence.

The easiest way to make the right choice is to clarify the expectations from the leader. In the jargon of the CEO-selection process, this is called a scorecard. It is not always easy to construct such a scorecard. Managers typically do a better job writing down a scorecard for an entry-level job, like a call-center worker or a cashier in a grocery store, than the board of directors do for a CEO. Detailing the qualities needed in the president of a country is perhaps even more complex.

Why does the electorate find it difficult to develop scorecards for leaders? There are many reasons, but some of the primary issues are that people often seek to simply define a role in terms of the skills of a specific individual, either one who has already been in the position or who they believe should be; they fail to step back and look at what outcomes will be achieved in the role. Moreover, they get distracted by hot-button topics that are not linked to real long-term success. Finally, they are afraid to confront the harsh realities associated with driving necessary changes. These issues are non-trivial, but real change is hard and can often be messy.

Developing an effective scorecard is much easier than most people think. An effective approach is to project forward a number of years and think about what needs to be accomplished – tangible outcomes – for the person in that role to be considered highly successful. Then crystallize those points using specific metrics and timelines. The scorecard then becomes the lens through which one can evaluate the strength of specific candidates.

Here is a draft scorecard for the next President of Venezuela:

Mission: Improve the quality of life in Venezuela through job creation, safety and modernized foreign relations.

Outcomes: In the next five years, decrease unemployment from 9.4% to less than 7%; increase per capita GDP to US$20,000 a year; protect the rights of individuals and companies who do business in Venezuela; sign one major trade agreement with G20 countries; increase adult literacy from 95% to 99%; and reduce Venezuela’s high violent-crime rate.

How much change can we expect in Venezuela, given the slate of candidates? Very little. Venezuela has not had the right leadership for many years now. Corruption and coup attempts have plagued the country’s recent history. President Carlos Perez was impeached in 1993 for stealing money from the country. He was replaced by Hugo Chavez, a fist-pumping military-man-turned-politician who became known as El Comandante. Chavez accumulated a net worth estimated between US$1 billion and US$2 billion, according to a Criminal Justice International Associates 2010 report, while at the same time preaching a socialist ideology.

What about the Presidential candidates who are contenders for the April 14 election? The favored and current interim President Nicholas Maduro is a former union strongman, whose father was a union strongman. The other candidate, Henrique Capriles Radonski is a lawyer and career politician. The chance that either man can achieve the scorecard above is less than 25%.

In a corporate setting, this would be like appointing an interim CEO with perhaps the mandate of finding a successor. It seldom works in the business world. It works even less in politics.