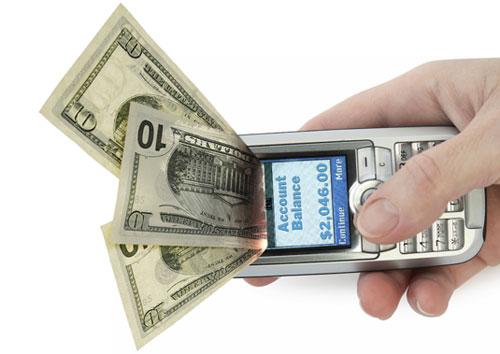 M-Pesa, the mobile-based money transfer and payment service that has been highly successful in Kenya since its launch in 2007, is now available in India by Vodafone, working through its fully-owned subsidiary Mobile Commerce Solutions Ltd (MCSL), and ICICI bank, the country’s largest private sector bank.

“To begin with, we have launched [M-Pesa] in the states of West Bengal, Bihar and Jharkhand,” says Suresh Sethi, business head for M-Pesa at Vodafone India. “A significant part of the population [of these states] migrates in search of livelihood and is still underbanked or unbanked. Our idea is to study their usage pattern, look at how customers adopt [M-Pesa], make it a success here, and then launch the service pan-India.”

To use the M-Pesa service, Vodafone customers need to visit an M-Pesa agent — at present, there are more than 8,300 specially-trained authorized agents — fill out the requisite form, submit proof of identity and address, and deposit a minimum amount to open their M-Pesa accounts. “The MCSL mobile wallet gets activated immediately and the customer can carry out a variety of transactions, such as deposit cash, transfer money, recharge mobiles and pay utility bills,” says Rajiv Sabharwal, executive director at ICICI Bank. Customers pay a minimum of $4, of which $2 is deducted as a one-time account activation fee. The remaining amount is credited to the customer’s account.

According to the “2012 Mobile Money Adoption Survey” by GSMA, a consortium of mobile operators, there are more than 150 mobile banking services across 72 countries and around 30 million active mobile money accounts in the world. The survey reports that in 2012 alone, 41 new mobile banking services were launched. In places like Kenya, Madagascar, Uganda and Tanzania, there are more mobile money accounts than traditional bank accounts. In Kenya, the total value of mobile money transactions is equivalent to 60% of the nation’s GDP.

The benefits of mobile money services in an infrastructure-constrained country such as India are immense. But can Vodafone replicate M-Pesa’s success in India? “M-Pesa’s deployment has been very successful in Kenya…. It’s a very simplistic model. [But], India is strongly governed by the financial regulator. We can therefore only issue a semi-closed wallet,” says Sethi. (Semi-closed wallets are payment instruments that are redeemable at a group of clearly identified merchant locations/establishments, which contract specifically with the issuer to accept the payment instrument. These instruments do not permit cash withdrawal or redemption by the holder.)

Sethi, however, points out that there has been progress on this front. “For instance, in December 2012, the Reserve Bank of India indicated that the Aadhaar [a unique identification number issued by the government] can be taken as a valid proof of both identity and address. So far, the [know your customer] norms has been the biggest challenge. Aadhaar can certainly tip the scales.”

Pointing to other mobile wallet services in India — Bharti Airtel’s Airtel Money and Idea Cellular’s mobile banking service with Axis Bank — Abhishek Chauhan, senior consultant and lead for mobile wireless, ICT practice at Frost & Sullivan, notes: “A mobile phone is the first multimedia device for many rural users. Moreover, India is one of those countries where banking penetration is very limited (less than 10% of the overall population) as compared to the mobile phone penetration. Service providers have begun to realize the significance and potential of these services and several have already started mobile wallet/banking services.”

According to M.S. Sriram, visiting faculty at the Centre for Public Policy at the Indian Institute of Management-Bangalore, mobile is a very powerful tool in financial inclusion as it serves as a channel for the poor to complete financial transactions. “It acts as the point-of-sale device, the cost of which is borne by the poor,” Sriram says. “However, it is still worth it because the financial transactions operate on a marginal cost.” He predicts that the mobile sector will become even more powerful if a significant part of the transactions are settled in cashless form.

Meanwhile, despite the immense opportunity in this space, not all mobile money ventures in India have found success. The Green Mobile Money Transfer, launched by PayMate, Corporation Bank and Tata Indicom in 2009, is one such example. “One reason why it didn’t really take off was the lag in opening a bank account,” says Ajay Adiseshann, founder and managing director of PayMate India. “We have drawn significant learnings from that experience and launched a similar service with a different approach in application.” The company recently launched a money transfer service in collaboration with Muthoot Finance, a gold financing firm in India. “Customers now no longer need to wait to open a bank account before transferring money, or form long queues outside financial institutions. Only the recipient needs to have an account,” says Adiseshann.

According to the “State of the Industry: Results from the 2012 Global Mobile Money Adoption Survey,” conducted by the group Mobile Money for the Unbanked, demographics and socio-economic forces have an impact on mobile money services, but regulation seems to be the only external factor that can keep a service from succeeding.