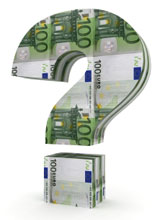 The treaty signed on March 2 at the European summit imposes greater discipline on euro zone members. In this opinion piece, Vinay Nair, founding partner of Ada Investments in New York City and a senior fellow of the Wharton Financial Institutions Center, says game theory provides a useful framework to understand capital transfers between euro zone members and how the crisis may play out in the future.

Sighs of relief seemed to be heard across continents after the treaty on stability, coordination and governance was signed at the European summit on March 2. The deal, which imposes greater discipline on members of the euro zone and other European countries, seems to be a step forward towards stability. Under Mario Draghi’s leadership, the European Common Bank has injected greater liquidity into the financial system by offering three-year loans to euro zone banks — which should help provide some immediate relief. Still, it would be a mistake to think Europe’s financial crisis has ended. It has essentially begun a new chapter.

As the world continues to watch this European drama with trepidation, it is useful to remember that an important aspect of the situation in Europe is simply a transfer of capital between countries in the euro zone. In my view, any such transfer is best viewed through the lens of game theory and bargaining games.

Like most bargaining games, the transfer will happen step by step rather than in one shot. Both parties — a strong country (say, Germany) and a weaker one (such as Greece) — have an outside option, at least in theory. They can both leave the union and endanger everyone’s — including their own — growth. It is in the interest of both parties to keep this threat as a real alternative while the transfer plays out.

At each step, the bargaining will reach an outcome only after both parties test each other’s limits to exercise the threat. Consequently, markets will get increasingly pessimistic as the bargaining proceeds, and bounce on a resolution, only for the whole pattern to repeat for the next step in this wealth-transfer negotiation.

Understanding changes in the desirability to exercise the outside option of leaving the union is critical in predicting the outcome of this entire bargaining process.

The weaker countries have to contend with forces that may be too strong to control by the negotiators. There is a real risk of a social explosion as more conditions are imposed in exchange for bailouts and wealth transfer. This risk is highest among countries with high unemployment rates, especially among the youth.

A social explosion is not desirable for the stronger country, either — so why impose strong conditions? At the core, simple transfers to the weaker countries without making them competitive will achieve nothing and risk more and more transfers. To achieve competitiveness, peripheral Europe needs to become productive again. Countries have typically done this through devaluing their currency. In the absence of this option, reducing wages and unit costs is the only alternative.

This is obviously bitter medicine. The choice of this medication is critical — not everything that is bitter is healing. Imposing strong and poorly designed austerity measures across the board will only undermine growth and make it more difficult to climb out of any shortfall.

What weaker countries such as Greece and Italy need is regulatory reform and removal of constraints from labor markets that helps regain competitiveness. What these countries need is a reduction of entitlements that makes them more competitive and reduces debt — not simply austerity for its own sake. All of this can only happen through the political process.

On the other hand, stronger countries have to manage their own electorate to ensure their willingness to contribute. This, too, has its own political challenges. Elections pose a significant risk in changing the rules of this bargaining game. The region will witness some important elections in the next year, highlighting these risks.

The chances of getting a radical government or having a social explosion in any one country might be small. But for the union to survive, these conditions need to be avoided in each and every country. This possibility is not so remote anymore.

Now that the European Common Bank has decided to open the spigot and let banks borrow at cheap rates, much as the Fed did in the U.S., Europe could indeed navigate several rounds of such bargaining and emerge on the other side — much as the U.S. did in its early stages of recovery. (What the banks are doing with these borrowed funds is another important aspect and a topic for another time.) But the backdrop will be constantly rising risks of a compromise not being reached — until it actually is. Markets will continue to reflect that risk, and remain vigilant about factors that take things out of the hands of the dealmakers. Largely because of these factors, I believe markets will remain volatile. And within this broader framework, the smaller day-to-day and week-to-week developments are easier to interpret.