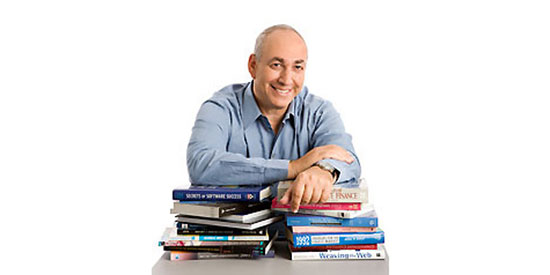 The second segment of Israel Knowledge at Wharton’s interview with Chemi Peres, co-founder and managing director of Pitango Venture Capital, focuses on the origins of the start-up funding sector in Israel. Peres also discussed how he picks “winners” from a sea of entrepreneurial hopefuls and the key tenets of his leadership style.

Knowledge at Wharton: When you started Pitango some years ago, you were running the Mofet Israel Technology Fund. What led you to start Pitango? What have been the successes and failures?

Peres: I was working in a software company. My responsibility was to address the issues of marketing and business development. I was being approached by young entrepreneurs. Many of them used to work for multinationals and had decided to leave their companies and start their own businesses. They came to us [because] we were a software company with resources and lots of people. They wanted us to help them, to fund them, to do this, to do that. I always told them, “Look, we’re an operating company. We either buy the company, or we license your product. But we’re not going to give you money for a 10% or 20% [stake] in your company and then cope with all the problems of managing your company. That is not what we do.”

I started to see lots of brilliant ideas. That was in the early 1990s. At the same time, we started to see the emergence of software. The barrier to start a company, cost-wise, reduced dramatically. The notion was that maybe we were on the verge of a new era, where people would be able to raise small amounts of money and start a software company, and do their own business.

When I looked around, I saw these people did not have any way to fund their ideas. Banks would not give them money and financial institutions don’t do that. Operating companies did not want to invest in minority stakes.

So I went to the CEO of our company. And I said, “Look. I’m being approached by different people who have great ideas. We may want to have some of those products. But this is not the type of company that should run these projects, because these are different products; we are doing our thing, and they are doing other things. So, why don’t we build a vehicle that will help those companies finance their dreams, their ideas? If something is successful, we as a company can either buy the company, or we can benefit from it in a way that will not distract us from our main business.”

Then we heard that the Israeli government was coming out with two programs. The first was called Yozma, which in Hebrew means “initiative”. Basically, the Israeli government set up Yosma with $100 million and a mission statement to set up venture funds that would be $20 million in size. The government would put $8 million, or 40%, into each company. Investors would get the opportunity to take the risk. But they would also be given the opportunity to buy the government out if the fund succeeded. So there was a privatization mechanism built in.

The second program involved the government’s insurance arm Inbal. This was the other side of venture capital. The government said, if you want to create a venture fund, you can do it on the Tel Aviv stock market. You can raise money on the Tel Aviv market. We will give the investors, the shareholders, a downside [protection] mechanism. If you buy a share at $1, you can sell it back to the government for $0.80 at any time in the next five years.

We picked the Inbal road. In order to take a company public on the Tel Aviv stock exchange, you needed to have $1 million in equity. The CEO of the company agreed to give me around $500,000 and expected me to get other people to invest. I got a few business people, individuals and an investment bank that thought it was a great idea because it would give them a pipeline to take companies public. To make a long story short, I took that $1 million and went to the stock market. In January 1993, I managed to float the company on the Tel Aviv Stock Exchange and raise another $6 million. And I started to invest.

My partner who [later] started Pitango with me was running a fund in the Yosma program. He created a $20 million fund. We started to co-invest, and became friends. Our initial investments were quite exciting. We were very successful. Our first investment was in a software company that was addressing issues of running software on networks. At the time, you used to run software on PCs, but then the network appeared. In many offices, you started to have problems that were created by the fact that you were part of a network. It was a company that Intel acquired. It was our first profitable investment.

The second one — VocalTec — was the first company in the world to do voice-over IP. Later on, we took it public on the New York Stock Exchange. Almost every company that we invested in was very successful. The challenge for me was to run Mofet as a public company. Public shareholders want quarterly reviews and reports. They want complete transparency. And start-up companies experience crises all the time. You cannot be completely transparent; if you are, all the employees will run away and all the investors will run away.

I thought it was time to understand what the venture capital business was all about. I took a plane and flew to Silicon Valley. I met the VC community. I understood how it works. Then, when I came back, I decided that running a venture fund as a public company was not a good idea. You need to do it as a partnership. It is also a long-term business. Besides, you need size; you need to have more human and capital resources in order to support a company to growth.

In 1996, I picked up the phone. I looked at all the funds that were created through the Yosma and the Inbal programs. And there was this guy Rami [Pitando cofounder Rami Kailash]. And I thought, “He’s a good investor and we have good chemistry.” So I went to him and said, “Look, I’m leaving Mofet. The other shareholders did not agree to sell me their shares and take it private. So, I had to sell out. I’m going to start a venture fund in a Silicon Valley way. Let’s do it together.” And he said, “What do you have in mind?” So I said, “I intend to raise the first fund without government support. I want to raise more than $100 million. With $100 million, you can really run a business.”

And he said, “We’re thinking of raising our second fund, maybe $30 million.” I said, “If we join forces, based on our track record and the group of people around us, we can get $100 million. If we cannot, nobody in Israel can do it.” And he said, “OK. I like the idea.” We joined forces. We raised our first fund, which was $125 million. It was the first fund to raise more than $100 million.

We raised $1.6 billion altogether. We’ve invested in more than 180 companies. The lesson we learned is that you really need to focus on great entrepreneurs. First and foremost, it is the people you invest in. Any business plan that is presented to you will change route, because the world is changing all the time. You need somebody who can adapt to changes, who can be a leader, who can bring the right people and attract the right investors.

Knowledge at Wharton: What kind of leadership qualities do you look for?

Peres: Persistency. Vision. An open mind. And somebody ready to do everything to make the company successful. Not opportunistic. Somebody who has a long-term view and is willing to take the risk. Ready to learn and keeps learning all the time. These are very unique people. We like domain experts. In many cases, they become evangelists. We usually invest in companies that are creating new categories that are big enough to create the critical mass before they start to expand the company. We are looking for people who are committed, honest and the kind who can grow with the company. That is, of course, something that no one can predict. We try to invest with very good people, first and foremost.

Knowledge at Wharton: Because we’re talking about leadership, let me end with one final question. What is the most important leadership lesson that you learned from your father and your mother?

Peres: My father is a great person to follow. One of the first lessons is something he told me which has guided me throughout my life. He said, “There are no desperate situations, only desperate people.” That was one thing I took with me to my military service, to the academy, and the business world. Secondly, he told me that if you want to achieve something big, you have to cross a desert. Nothing is simple. So you need to prepare yourself to cross a long desert. You don’t know where it ends. You don’t know when it ends.

Thirdly, you need to be a part of a team and not ahead of the team. You walk the way that others will walk with you. You do not try to make them feel you are the only one who knows where to go and what to do.

In Pitango, we do that by saying we are supporting the best people in Israel, creating their vision. If there is a success, it’s their success, not ours. It’s not because we knew what to do and we told them what to do. What we do is really important. It’s not about making money from this company. It’s about changing the culture of Israel, and allowing entrepreneurs to build big dreams.

My mother was completely different. From her, I learned to be modest. My mother used to say that when a person dies and is buried, you will find nothing in his pockets. At the end of the day, everything you do is left here. Try to help people; get the best out of people. Do not go after materialistic things, but go after something that is meaningful.

The thing is that my parents never taught me. They just did their things. And I learned.

Additional Reading:
Israeli Venture Capital: Between a Rock and a Hard Place
Israel’s PicScout: Where Risk-taking and Entrepreneurial Drive Are Part of the DNA
To Get Venture Capital Funding, Know the Risks and Tell a Good Story