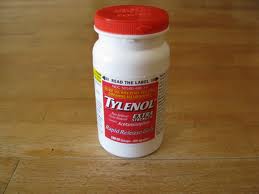 James Burke received the Presidential Medal of Freedom in 2000 and was named one of history’s 10 greatest CEOs by Fortune magazine in 2003. But it was for his handling of the Tylenol tragedy back in 1982 that Burke, CEO of Johnson & Johnson from 1976 to 1989, will be remembered most. Burke died last week at age 87.

In 1982, seven people died after taking cyanide-laced extra-strength Tylenol capsules sold in five Chicago stores. Before that happened, Tylenol, sold by J&J’s McNeil Consumer Products division, had 35% of the $1.2 billion analgesic market. After the deaths, J&J’s market share dropped to 7%.

Under Burke’s leadership, the company spent $100 million to recall 31 million bottles of Tylenol and re-launched the product two months later in tamper-proof packaging. Burke’s actions have become a legendary example of good crisis management, serving as the basis for case studies in numerous business schools and management books.

Burke not only saved the reputation of the company, but he also saved the brand as well. By mid-1983, Tylenol’s share of the analgesic market had climbed to 30%, reaching 35% by the end of the year.

In a 2004 Wharton School Publishing Book titled, Lasting Leadership: What You Can Learn from the Top 25 Business People of Our Times, Burke emphasized the value of the J&J credo, dating back to the company’s founding in 1887, which stated that the company is responsible first to its customers, then to its employees, the community and the stockholders, in that order. “The credo is all about the consumer,” Burke said. When those seven deaths occurred, “the credo made it very clear at that point exactly what we were all about. It gave me the ammunition I needed to persuade shareholders and others to spend the $100 million on the recall. The credo helped sell it.”

In his interview for Lasting Leadership, Burke also spoke about trust. “Trust has been an operative word in my life. [It] embodies almost everything you can strive for that will help you to succeed. You tell me any human relationship that works without trust, whether it is a marriage or a friendship or a social interaction; in the long run, the same thing is true about business.”

Ironically, Johnson & Johnson has recently experienced a number of setbacks that “have caused many to question whether the firm has lost sight of that credo,” according to a Knowledge at Wharton article earlier this year. The company’s problems with plants in Fort Washington, Pa., Lancaster, Pa., and Puerto Rico — the sites associated with recalls of over-the-counter products like Benadryl and Children’s Tylenol – “dragged on for years,” the article notes. Two hip devices were recalled in 2010 for post-surgical complications, and the company agreed to pay $158 million to the state of Texas to settle claims it improperly marketed the anti-psychotic drug Risperdal to some patients. Other suits surrounding the marketing of this drug are ongoing. Recalls of surgical sutures and contact lenses have been announced as well.

Years earlier, as Lasting Leadership noted, other companies had demonstrated what came to be seen as poor judgment in the way they handled defective product incidents. For example, Coca-Cola had mismanaged the “contaminated can” incident in Europe in 1999; Intel had initially failed to respond quickly to the calculation errors embedded in its Pentium chip in 1994, and Firestone had initially refused to accept responsibility for SUV roll-overs caused by poorly manufactured tires in 2000.

Burke’s actions were the opposite. According to media reports at the time, the Tylenol crisis led the news every night on every station for six weeks. Burke, however, met the challenge head on, contacting the chief of each network’s news divisions in order to keep them informed. He also met with the directors of the FBI and the FDA. “There were many people in the company who felt there was no possible way to save the brand, that it was the end of Tylenol,” Burke said. “But the fact is, I had confidence in J&J and its reputation, and also confidence in the public to respond to what was right. It helped turn Tylenol into a billion-dollar business.”

The person who placed the cyanide in the Tylenol capsules was never found.