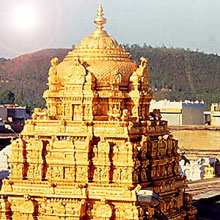 In a speech at the recent Indian Philanthropy Forum in Mumbai, Bain India partner Arpan Sheth said that, in the last year, his firm has observed a shift in attitudes toward giving.

Published in 2009, the first Bain India Philanthropy Report was rather critical of Indian attitudes to giving. Findings from the recently released 2011 report take a more positive note: “Private charity contributions in India now make up 0.3% to 0.4% of GDP, up from about 0.2% in 2006,” according to Sheth. More importantly, India leads other developed nations, such as Brazil and China, in charitable giving — although Indian efforts still lag behind the private philanthropy sectors in the U.S. and the U.K.

Sheth’s update was well received in Mumbai. But stealing his thunder was the Sree Ananda Padmanabhaswamy temple in the southern state of Kerala. Coincidentally, around the same time as the conference, the Supreme Court ordered an assessment of the items stored in its cellars. Initial estimates put the value of the treasure found there at more than US$20 billion. (According to the Bain report, Indian private contributions to charity were valued at US$5 billion to $6 billion in 2010.) This could go up further as a seven-member team of investigators moves deeper into the temple’s secret subterranean vaults. Among the items found so far are golden crowns, 37 pounds of gold coins dating back to the East India Company period, an 18-foot golden necklace weighing more than five pounds, gold ropes, sacks full of diamonds, diamond-studded antique jewelry and golden vessels.

The wealth of the Padmanabhaswamy temple does not come from individual donations; it was part of the treasury of the royal family of Travancore. The head of the royal family — Uthradom Thirunal Marthanda Varma — is also the manager of the temple trust. The morning newspaper Indian Express quotes an unnamed member of the royal family as saying that some of the cellars have not been opened for 150 years.

The treasure hunt has not been limited to Kerala. When Indian guru and spiritual figure (also referred to as a “godman”) Sathya Sai Baba died on April 24, he left behind billions of dollars in assets, now controlled by his charitable trust. Kolkata-based daily The Telegraph estimated the trust’s net worth at between US$9 billion and US$33 billion. After the Baba expired, an inspection of his personal chamber led to the discovery of 215 pounds of gold, 675 pounds of silver and US$2.9 million in cash (rupees). It took 20 people 36 hours to count the cash. Meanwhile, in Delhi, another godman — yoga guru Baba Ramdev — has declared his assets at US$2.5 million.

In India, “temple towns” can be big business — but does that make the money donated by those on pilgrimages any less entitled to being considered philanthropy? As a recent India Knowledge at Wharton story noted, the big problem is that this money is largely unaccounted for. Even the religious institutes that run them are not rigorous about keeping donation records.