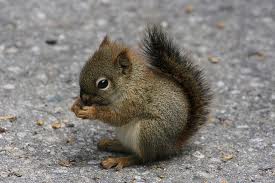 Over the last three and a half weeks, a Facebook page called Penn Compliments has inspired University of Pennsylvania students to post more than 500 compliments about their fellow students, according to a recent article in the Daily Pennsylvanian student newspaper.

The creator of Penn Compliments prefers to remain anonymous — as are those who post compliments on the site — but told the DP that he had seen a similar compliments page at Columbia University in November and decided to start one at Penn. Since September, when the first such page appeared at Queen’s University in Kingston, Ontario, more than 50 schools around the world have adapted the idea to their own campuses, according to the DP.

The goal of Penn Compliments is to “learn to do good and spread good,” the Penn Compliments founder told the student newspaper. Penn “can be a pretty high-stress, competitive environment, at times even negative.”

Can such a high-minded initiative last at a time where one is more likely to see Facebook posts with snarky insults and innuendos rather than uplifting, affirmative praise?

“This can definitely work,” states Maurice Schweitzer, Wharton professor of operations and information management and an expert on trust and emotions in business. “There are real benefits from positive thinking, and self-confidence can be boosted in many ways. This site is unlikely to be popular with everyone, but there are some people who will gain a positive boost episodically and others who may become ‘regulars.’”

The premise behind Tesser’s Self Evaluation Maintenance model — which assumes that people behave in a way that maintains or increases self-evaluation and that people’s relationships with others have a substantial impact on self-evaluation — is that people seek to maintain a positive self-image, Schweitzer says. “The self-image is easily threatened — by, for example, negative feedback on a project — but can be maintained by seeking positive feedback in a different domain.”

Schweitzer predicts that the Penn Compliments site will have staying power. “I believe there are some people who will derive significant benefits from this. For these people, a positive boost at the right time could make the difference between success and failure. For example, it could be that someone teetering on the edge between staying in a program or dropping out could be tipped to stay because of this.”

Wharton marketing professor Jonah Berger — who studies social contagion, social influence and viral marketing, among other topics — applauds the site for its positive nature. “It’s contagious because it’s self-propagating,” he told the DP. “Getting a compliment informs people about the site and encourages them to pass it on and compliment others.”

A Time.com article two weeks ago featured the four original founders of the compliment site at Queen’s University, who say that their Facebook account now has more than 4,000 friends and 1,300 compliments. Posts on the site have called the student founders “the human equivalent of a ray of sunshine” and “the inspiration for Aretha Franklin’s ‘Respect.'” The founders themselves, according to Time.com, say they want to contribute to anti-bullying crusades and increased awareness of mental health issues, especially following several student deaths — both suicides and accidents — in 2010 and 2011.

Of course, even something as benign as complimenting others comes with a few rough edges and quirks. The Penn site’s founder has commented on his need to delete foul language and inappropriate political comments from some of the compliments. But he didn’t delete one especially popular compliment directed toward a long-standing syndicate firmly embedded in the Penn community — squirrels.

The compliment reads: “UPenn squirrels, don’t ever change. You guys are so fat and furry, always with an oversized piece of food/garbage in your cheeky little cheeks…. I love all you guys.”