While the trade war between the U.S. and China continues to take its toll, global supply chains provide a “force for reason” in ending the standoff because they bind the two countries in prosperity, writes Wharton dean Geoffrey Garrett in this opinion piece.

Say the words “supply chain” and most people tune out. Supply chains sound technical, geeky and boring. But nothing could be further from the truth. Here are my three cheers for supply chains:

If you listen to President Donald Trump talk about trade you will get the impression that international supply chains don’t exist. In the most important case, China and the United States, the President’s analysis goes something like this: Goods and services are either “made in America” or “made in China.” America “wins” when products made in America are exported to China. America “loses” when it imports products made in China. The trade imbalance represents the win-loss records for both countries, just like your favorite sports team.

On this accounting, America is losing badly. Hence the ongoing trade war. The problem is that Trumpian trade is a relic of a distant era, when products really were made in one country and sold to another. That model is long gone, transformed first by containerized shipping in the 1960s and then by the internet in the 1990s.

These revolutions dramatically lowered the costs of moving goods and services between countries. A brave new world of global supply chains emerged to leverage international differences in costs and skills to produce better and cheaper products.

In today’s global economy, products are put together in one country from components sourced in other countries and then sold all over the world. As a result, vastly fewer products are solely “made in America,” “made in China,” or indeed made in any one country.

“Trumpian trade is a relic of a distant era, when products really were made in one country and sold to another. That model is long gone….”

There can be no doubt this has been a boon for consumers the world over. It is also one reason why economists downplay the significance of bilateral trade balances.

But the globalization of supply chains has outsourced once-American jobs to other countries, from autoworkers to radiologists, call center operators to accountants. This is why Trump thinks trade wars are good electoral politics.

The economics of trade wars are very different. The tit-for-tat escalation of tariffs between China and the U.S. will cost the average American consumer this year. American farmers are hurting from Chinese tariffs on soybeans and other agricultural products.

Big business is also losing badly from the trade war – led by powerful firms in the tech sector that are integral to the supply chains co-mingling the activities of both American and Chinese companies. Consider two iconic examples: Trump’s war on Huawei and his call for Apple to make iPhones in America.

A Tale of Two Supply Chains

Despite all the bluster, the Trump administration has yet to deliver on its promise to forbid Huawei from doing business with America. Why?

Because Huawei matters a great deal to American business. About one-quarter of the components in Huawei products are supplied by leading American tech companies, led by Broadcom, Flex, and Qualcomm. Add them all up and American suppliers make well over $1 billion a year from Huawei—not much less than Huawei’s Chinese suppliers do. 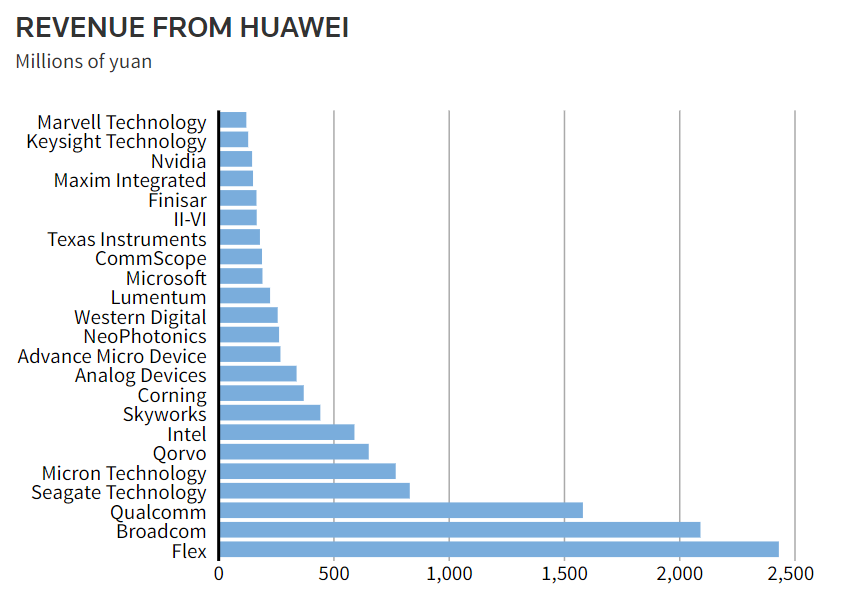 The same story was true for another Chinese smartphone and telecoms company, ZTE, a couple of years ago. After initial Trump bluster that the U.S. was going to ban ZTE from doing business in America, Trump declared a cease fire, tweeting on May 14, 2018: “ZTE, the large Chinese phone company, buys a big percentage of individual parts from U.S. companies.”

This logic applies even more to Huawei. In addition to American suppliers of components, Google has a big stake in Huawei’s success — because Huawei is the second largest smartphone maker in the world and all its phones employ Google’s Android operating system.

It would be a gross exaggeration to say that Huawei’s success is America’s success. But it makes an important rhetorical point: there is no denying that several large American tech firms benefit from Huawei’s success — and are harmed by the Trump administration’s war on Huawei.

Truth in advertising on the back of all Apple devices: “Designed by Apple in California. Assembled in China.” Note: It does not say “made in China” because Apple devices are almost exclusively assembled on the Chinese mainland, predominantly by a Taiwanese firm, Foxconn, from components coming from America, Asia, and Europe. Here was UT Dallas’s James Hogan’s description of the Apple supply chain in 2016: 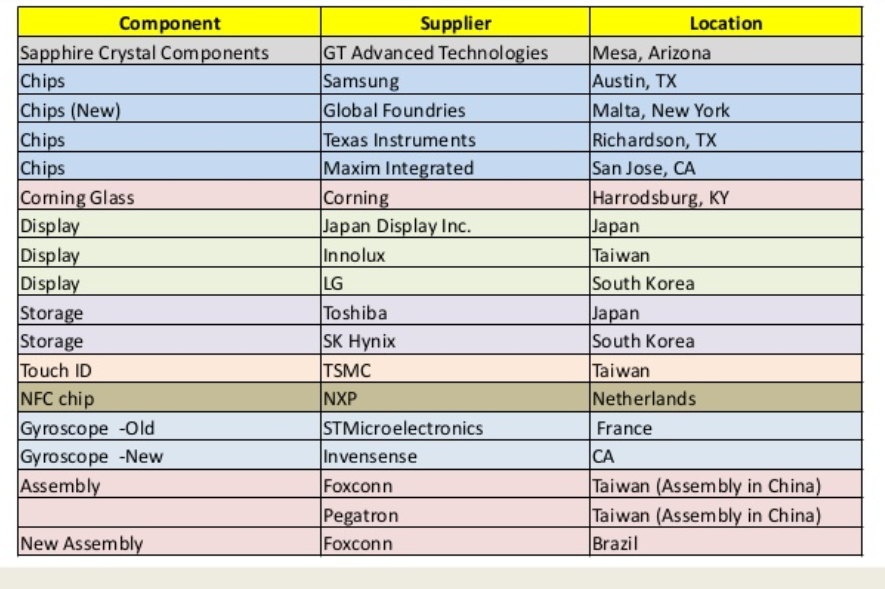 The economics of Apple’s supply chain are at least as important. The value added by assemblers Foxconn and Pegatron is typically estimated at only about 5% of the total cost of making an Apple device. The rest comes from the components, none of which come from China. So much for “made in China.”

According to TechInsights, the total cost of the iPhone XS Max is $453. Compare that with the retail sticker price of $1099 and it’s easy to see why Apple is one of the world’s largest companies by market capitalization.

And it is no surprise that Apple CEO Tim Cook is a champion of China’s role in Apple’s success. In an interview defending “assembled in China” against Trump’s attacks in late 2017, Cook emphasized that Apple is in China because of quality not price: “The products we do require really advanced tooling, and the precision that you have to have, the tooling and working with the materials that we do are state of the art. And the tooling skill is very deep here. In the U.S. you could have a meeting of tooling engineers and I’m not sure we could fill the room. In China you could fill multiple football fields.”

So China is integral to Apple’s success, all the more so given that China is the largest market for Apple products outside America.

The Dangers of Decoupling

Once you take into account the supply chains underpinning Apple and Huawei and the enormous value American firms derive from them, it is easy to see why companies like Apple and Google, Broadcom and Qualcomm want the trade war to end. Up until now, they have put a break on extending the trade war to tech. In the future, they will be an important force pressing for a ceasefire.

Decoupling would be very hard to do. It would also be incredibly costly in economic terms. But decoupling would have another, even more important, consequence: It would make military conflict between America and China more likely.

“America and China are co-dependent on each other with supply chain interconnections amounting to a dense thicket of ties binding the two countries together.”

Immanuel Kant was perhaps the first person to conjecture that “the spirit of commerce … sooner or later takes hold of every nation, and is incompatible with war.” But critics of this notion that countries that trade with each other don’t go to war with each other point to World War I as the stunning counter example.

Britain and Germany went to war despite very deep trade relations between the two countries during a period of extensive globalization. Why won’t the same happen between China and America now?

Most importantly, America and China are co-dependent on each other with supply chain interconnections amounting to a dense thicket of ties binding the two countries together. This is not just “incompatible” with war, as Kant noted. It is closer to unthinkable.

That is why I am bullish that, despite their deep and real differences, America and China are not destined for war. That is also why I am deeply opposed to “decoupling.” Advocates promote decoupling in the name of national security. I believe the opposite would be true. Decoupling would profoundly harm America’s national security by reducing the costs of war with China and hence making military conflict more likely.

Global supply chains not only benefit consumers. They also are a force for reason in ending the trade standoff between America and China. And they also form the ties that bind the two countries together in both prosperity and peace.