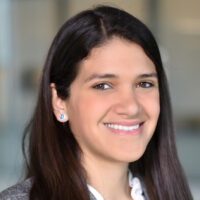 Regulatory capital controls in emerging economies that are aimed at protecting banks from foreign currency depreciation shocks could end up hurting domestic firms, according to a paper by Wharton finance professor Lorena Keller titled “Capital Controls and Risk Misallocation: Evidence from a Natural Experiment.” Capital controls on inflows encourage banks to shift their exchange-rate exposure “away from foreigners onto domestic firms” by making more foreign currency loans to those firms. Then, in the face of a depreciation, other research cited in the paper shows that this could lead to significant reductions in investment and employment.

Keller used data on Peruvian banks as a proxy for those in emerging economies to provide causal evidence that capital controls can have the unintended consequence of inducing banks to lend more in foreign currency to domestic firms. Her paper is the first to identify that phenomenon, she stated. Peru offers “a great laboratory” to test whether banks respond to capital controls by lending more in dollars and lending less in domestic currency, the paper noted. The capital controls on inflows imposed broadly in emerging economies in the last decade were similar to those imposed in Peru, it pointed out.

In the aftermath of the 2008 financial crisis, firms in emerging economies have drastically increased their foreign currency borrowing, making them significantly exposed to depreciation shocks, the paper stated. Capital flows in dollars to emerging economies rose the years after the crisis as emerging-market currencies have offered higher interest rates on the dollar. As low interest rates in the U.S. drove profit-seeking investors to emerging markets, the latter’s currencies appreciated.

But those so-called “carry trade” inflows are speculative and short-term; they can easily revert and create a “depreciation shock,” the paper explained. In attempts to protect banks from those depreciation shocks, central banks in emerging economies have introduced capital controls on carry-trade inflows to smooth the flows over time, Keller noted in her paper.

“Across history, capital controls have sought to prevent outflows, but right after the 2008 financial crisis, there was a big wave of [emerging-economy] countries setting capital controls on inflows,” said Keller. “They didn’t want these short-term investments because they could generate large swings in exchange rates.”

“Right after the 2008 financial crisis, there was a big wave of [emerging-economy] countries setting capital controls on inflows.” Lorena Keller

While those capital controls are aimed at protecting emerging economies and their banks from currency mismatches, “very little consideration has been given to the effect of capital controls on foreign currency borrowing of firms” in emerging markets, the paper stated. Specifically, the research found that Peruvian banks that faced those caps lent 10% more in dollars and 20% less in Peruvian soles during the year following capital controls.

Keller explained how bank capital controls end up shifting the foreign currency depreciation risk to local firms. Without capital controls, Peruvian banks could have matched their dollar liabilities with dollar assets by buying dollars using forward contracts with foreign investors. But capital controls imposed caps on such forward contracts by banks, and thus limited their ability to shift currency depreciation risk to foreign investors. The banks then passed on that risk to local firms by making loans to them in foreign currency. Local firms that do not have dollar revenues from exports are especially vulnerable when the value of their domestic currency falls relative to the dollar.

In Peru’s case, many firms that increased their debt in dollars were not exporters, the study found. After 2013, when the U.S. Federal Reserve indicated that it would increase interest rates, capital flows into Peru reduced drastically, causing its local currency to depreciate against the dollar. Peru’s central bank responded by requiring banks to reduce their lending in dollars, but by then, “many firms in Peru were under water,” said Keller.

Deposit and loan dollarization in Peru were both above 70% in the early 2000s, but have fallen after drastic monetary and fiscal reforms and efforts to contain hyperinflation. However, during the sample of the paper, which goes until 2012, they were still above 30%, creating conditions for currency mismatches, the paper noted.

The research findings could also be extrapolated to other developing economies “as these economies have also been imposing macro prudential policies that may have unintended consequences of increasing exchange rate risk to firms,” the paper stated. Keller said that while she had no policy prescription for central banks, they could take note of the unintended consequences of capital controls her research identified.