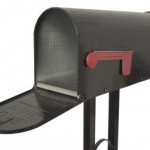 Nearly half the world’s mail is delivered by the United States Postal Service (USPS), a massive operation with 26,000 post offices and over half a million employees. Patrick Donahoe, postmaster general and chief executive officer of the USPS, is leading the postal service at a time when plummeting first-class mail volumes have triggered a financial crisis in the organization. A 35-year postal veteran, Donahoe spoke with Knowledge at Wharton about why the postal service remains a critical piece of the American economy, and how he plans to return the USPS to financial health.

Knowledge at Wharton: How have you been attacking excess costs at the USPS?

Patrick Donahoe: Over the last 12 years, headcount at the postal service has been cut by 270,000. We’ve done that while we’ve maintained all the infrastructure of the organization — all the delivery routes, the post offices and six-day delivery. And we have reduced headcount while seeing record levels of service. We have not sat on our hands. But we need some legislative changes for things that are out of our control.

Knowledge at Wharton: First-class mail volumes are down dramatically as people increasingly rely on electronic communication. How does the USPS need to change in the face of that shift?

Donahoe: We do realize that there is a changing world out there. That is why, with the help of consultants at McKinsey and Boston Consulting Group, we put a five-year plan together. By 2016, we want to reduce our operating costs by $22.5 billion. Right now, we have 545,000 employees, and we think that between now and the end of 2015 we need to reduce that by another 120,000. By end of the decade, we probably need to get down to the 350,000 range. To a large extent, we can get there through retirement and through attrition. We have 175,000 people who are eligible to retire now, with another 100,000 over the next five years.

Knowledge at Wharton: Observers say your ability to cut costs is hampered in part by politics, including the firestorm that erupted when you announced plans to close thousands of post offices. Is that a fair characterization?

Donahoe: We had proposed closing 3,700 post offices, and that caused a lot of grief, especially in the rural communities. What we heard from customers at town hall meetings was, “Don’t close our post office, please.” In some places, it is the only way to get mail. They also said, “We will lose our town identity.”

So, we have come back with a different proposal that will turn up to 13,000 of the smallest post offices into part-time offices. It costs us about $1.2 billion to operate those offices today, and [if] we operate them as part-time offices that goes to $700 million. And we [will still be] able to provide service to customers.

Knowledge at Wharton: You have also proposed that the post office cut out Saturday delivery and go to a five-day-a-week schedule. But you need Congress to act in order to do that. Is that likely to happen?

Donahoe: After losing 25% of our total volume over these past four years, we really need to eliminate Saturday delivery. It would save $2.7 billion in the first year. Saturday is by far the lightest volume day, and our research has shown that most people do not look at their mail on Saturdays — not nearly the extent to which they do on the other days.

Knowledge at Wharton: Is there opposition to that?

Donahoe: Our unions are against it. And you do have some sets of customers who don’t like the idea. But we are to the point now where we have taken so much cost out of the organization that we have to address large infrastructure issues like this.

Knowledge at Wharton: To return to profitability, you do need some changes from Congress. How is that effort going?

Donahoe: Right now, we are prefunding retiree benefits at $5.5 billion a year [as a result of legislative changes in 2006] — that is a ridiculous schedule. That has to be addressed. The Senate has passed a postal reform bill that has some good language in it — but we would like to see some of the changes [outlined in the bill] happen faster. The House is also working on a bill. Time is of the essence.

Knowledge at Wharton: What kind of opportunities do you see to grow revenue?

Donahoe: Our package business is growing at a 10% rate year over year. With our network, and the fact that we deliver to every address in the U.S. at a reasonable price at a time when e-commerce is exploding, we think we can continue to grow that.

We also want to hold the line on bill and statement presentment. We have lost some of that to the Internet, but there are a lot of people who like to get a hard-copy bill. We have been looking at keeping costs down for the mailers so they will continue [sending those statements] in the mail.

And advertising mail is another good opportunity for us going forward. The mailbox is still one of the most direct ways to get in front of a customer’s eyes. People read their mail every day. We lost some advertising spend with the recession, but that has stabilized.

Knowledge at Wharton: Some people argue that the USPS could have gotten into electronic mail delivery years ago and played a role there. Do you agree?

Donahoe: From a digital standpoint, we have spent a lot of time with focus groups — business, consumer, small business — asking, “What do you want?” There has been a lot of money spent by [other postal services] around the world to get into digital delivery. And there has been little success that we have seen. Things like bill payment and bill presentment — that can be done simply by accessing a website. We asked [customers], “What would you be interested in?” And we have some ideas that we are working on. We have established a digital group, and you will see some of those things coming out in the next couple months. It will be slow but sure.

Knowledge at Wharton: How concerned should people be about the future of the USPS?

Donahoe: The postal service remains an important part of the American economy. A lot of people think we take taxpayer money — we take no tax money. That is why it is critical that we get the plan in place to get costs down. We have a good plan to return to profitability. Some of that we can do ourselves, and some we need Congressional action on.

To read more about the state of the USPS, read: First-class Mess: Saving the U.S. Postal Service.