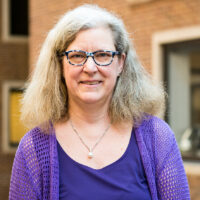 Many American corporations use derivatives conservatively, to offset risks from fluctuating currency and interest rates. But over the years, companies such as Procter & Gamble and Gibson Greetings have run into serious financial trouble using derivatives in a more dangerous fashion — to speculate.

Is high-risk behavior common? Are shareholders in for ugly surprises if executives’ derivatives bets go sour?

That has long been nearly impossible to determine, says Wharton finance professor Christopher C. Geczy. “It’s not well disclosed in the financial [statements]. It could be widespread, but it’s hard to say.”

To get a better picture of derivatives’ role in corporate finances, Geczy, Wharton accounting professor Catherine Schrand and their co-author, Bernadette A. Minton of Ohio State University, re-examined confidential responses collected in an earlier Wharton study that focused on 341 corporate respondents, 186 of which used derivatives. The companies studied were not concentrated in any one industry, but were part of a broad sample of U.S. public, non-financial firms. The researchers report their findings in a paper entitled, “Taking a View: Corporate Speculation, Governance and Compensation.”

“We found that there are corporations out there, some of them very large, which have speculated, or are speculating,” Geczy says. Companies reporting that they frequently “actively take positions” in currency or interest-rate derivatives on the basis of likely market movements were defined as speculators. The researchers then looked at the nature of those companies. They concluded that companies typically speculate in hopes of adding to profits, but not to “bet the ranch” to get out of financial difficulties or to hit it big. Executives who conduct the speculation typically are not renegades but instead are encouraged to do so by their superiors and board. Furthermore, firms that engage in speculation generally have oversight and monitoring procedures to prevent abuse. Finally, executives’ compensation was often tied in some way to their success in derivatives speculation.

“The main findings are that firms take positions based on a view [of market conditions] when they believe they have an information advantage to predict rates, which is consistent with a profit-making motive for speculation,” the researchers write.

Derivatives are contracts whose values are tied to price changes of underlying securities. A typical currency derivative gives its owner the right or obligation to buy or sell a block of dollars, yen or other currency over a given period at a set exchange rate. Interest-rate derivatives are like insurance policies that pay off if rates move up or down a specified amount during the time covered.

In one important use, derivatives can neutralize risks. An American company that must exchange dollars for yen to buy goods from Japan could use a currency derivative to make up the difference if the dollar falls and Japanese goods become more expensive. Essentially, the contract would allow the company to lock in today’s exchange rate for a given period. The American company would lose money on the derivative contract if the dollar got stronger instead of weaker, but that would be offset by the lower cost of Japanese goods as dollars were exchanged for yen.

A company could, however, use the same currency contract to speculate, by simply buying a contract in hopes it becomes more valuable as exchange rates change. Since the change in the contract’s value would not be counterbalanced by a gain or loss in the purchase of Japanese goods, the company would suffer a net loss if the dollar strengthened and the contract loses value. This is speculation.

“Shooting for the Moon”

Over the years, various theories have attempted to explain why firms would speculate with derivatives. One theory suggests it is practiced at troubled firms “betting the ranch” to recover. But Geczy and his colleagues concluded this is unlikely, as the speculating firms tended to have access to low-cost outside financing, which made betting the ranch unnecessary.

Executives in charge of derivatives speculation tend to feel they have some unique insight into currency and interest-rate markets, even though their firm’s main business may be entirely different, Geczy says. “They really believe they can make money. They feel like they can identify opportunities and/or trade with the advantage of low costs of leverage.”

Another theory is that executives use derivatives to “shoot for the moon” — trying to push up the company’s earnings to boost the stock price and thus the value of their own holdings. But according to Geczy, the goal appears to be more modest — just to make some extra profit when they think the opportunity arises. “On average, they do not appear to be trying to make the firm really risky to make big payoffs.”

Generally, firms that speculate have structures that give executives significant authority and freedom. They may be well-insulated from shareholder pressure by poison-pill anti-takeover defenses, for example. As Geczy notes, “The companies that speculate seem to be ones where shareholders don’t have as much power. It’s basically stronger managers… stronger, confident management that thinks it can make money. However, this in no way means they are successful.”

As to whether there is more speculation going on now than in years past, “this is quite hard to say,” notes Geczy. “We actually did a follow-up survey of respondents from the first survey and found that some firms moved from speculating to not speculating at all and, in fact, remarked that they didn’t feel speculation added much value net of its risk. Others went from not speculating to speculating with the expectation of making a profit. So we see transitions in both directions.”

The original survey did not ask companies to report how much they earned or lost through derivatives speculation. Geczy and his colleges conducted follow-up interviews with some of the companies’ executives but could not determine how successful the speculation was. “It’s been fairly hard to track down whether they actually do make money,” he says.

But Geczy questions whether these executives, who typically speculate as a sideline to their main duties, can effectively compete with professionals who do it full-time. “It’s hard to believe, frankly, that corporate treasurers know more than the financial markets about what foreign currency or interest rates are going to do,” he said, adding, “We haven’t been able to identify reliably positive results of using a perceived information-advantage” enjoyed by executives who speculate.

What is clear, however, is that shareholders are generally in the dark about derivatives speculation. “An important aspect of this study is that we are able to assess whether investors, using publicly available data, could identify the firms that admit to speculation in a confidential survey,” Geczy and his colleagues write. “The answer is that they could not.”

In the follow-up interviews, a number of firms reported speculation was extensive enough to potentially have a significant, or “material,” effect on financial results. “In some cases, this can be big,” Geczy said. But as the study notes, the lack of financial statement transparency about these activities is “not necessarily evidence of accounting fraud, because actively taking positions based on a market view may not always meet the requirements for reporting under generally accepted accounting principles (GAAP).  Nonetheless, irrespective of whether opaqueness results because the accounting rules do not require disclosure of speculative activities or because firms do not implement the rules properly, the end result is that the financial statements do not provide an accurate picture of the firm’s speculative activities.”