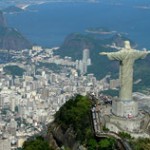 Brazil plans to push the government bureaucracy overseeing $11.6 billion in construction projects for the 2014 World Cup and 2016 Olympic games into meeting building deadlines by regularly publishing project progress – or lack thereof — in an effort to manage by naming and shaming.

The idea is that the threat of embarrassment or shame will prod all players to ratchet-up efforts and meet the goals. Worries have been growing that construction schedules for the two big events were falling behind. The Financial Times reported that Pele, Brazil’s retired celebrity soccer player, said Brazil could embarrass itself and not be ready for the games if it did not push new stadium construction and rehabbing to move faster. Most projects have fallen behind schedule and some construction has not yet even begun.

So the thinking is to shift any blame and embarrassment from the national level down to those in the bureaucracy actually responsible for meeting goals, with the aim of averting disaster.

Does the name-and-shame management technique work? Usually, yes, says Jonah Berger, a Wharton marketing professor. It can be very effective in improving general accountability and making people more likely to achieve goals, he says. “If it is easy to hide and say, ‘I’ll get it done next year,’ and if no one is looking, it won’t matter. But if the schedule is made public, you are more likely to get it done on time.”

Similar principles apply to governments, companies and individuals. “If you want to lose 10 pounds and you don’t tell a friend, then you are less likely to reach your goal. If you tell a friend and don’t reach your goal, the friend can always say, ‘you didn’t do what you said you were going to do.’”

Such peer pressure works because “we care about how we look to others and how others will see our behavior. That encourages us to do the right thing.”

Brazil is not the first to use a name-and-shame approach. In the U.K. just last month defense secretary Liam Fox said he would name and shame defense companies that look likely to miss contracted delivery dates.

“Where projects are falling behind schedule or budget, the MoD (Ministry of Defence) personnel responsible will be brought to account in front of the project board,” Fox told the Financial Times. That’s shaming staff. But he also plans to publish a list of “projects of concern” every quarter that will name and shame companies running programs that fall behind schedule or where costs start to run higher than budgeted.

“Why would companies want to keep information about potentially failing contracts from their own shareholders?” Fox said. Why indeed!

Greece, meantime, recently suffered criticism from the European Union and the International Monetary Fund, which claimed the country was avoiding implementing a name-and-shame program that could embarrass prominent tax evaders into paying up. The Greek government finally adopted the practice. The measure was part of a larger effort, including tougher jail sentences for those convicted of tax evasion, to increase the rate of tax collection.

And last year, India announced it would create a public database of its worst environmental polluters, an approach similar to that adopted by China in 2009, in yet another finger-wagging effort to assign shame and blame.