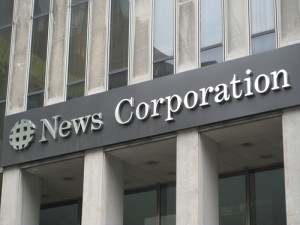 Rupert Murdoch’s move to split News Corp. into entertainment and publishing businesses may unlock the value he seeks. But the big imponderable in that shift could be Murdoch himself and his tainted legacy, say Wharton management professors Lawrence Hrebiniak and John Kimberly.

“Murdoch overseeing both companies actually may be a drag on performance,” notes Hrebiniak. The phone hacking scandal involving News Corp.’s defunct newspaper, News of the World, and other group publications has “definitely hurt Murdoch’s image and perceived effectiveness as a leader,” he adds. The newspapers’ employees were accused of phone hacking and bribery in publishing stories between 2005 and 2007.

Hrebiniak says Murdoch’s “past mistakes still are fresh in many peoples’ minds.” He refers to criticism that News Corp. overpaid in its August 2007 purchase of Wall Street Journal publisher Dow Jones from the Bancroft family for $5 billion. “As head of both companies and CEO of the entertainment division, [Murdoch] could easily stifle and overwhelm the creative thinking, influence, and strategic autonomy of the chosen head of the publishing business when these capabilities or skills are most needed to turn the business around,” notes Hrebiniak. “Murdoch should take a step back and reduce his active management role.”

Murdoch could still oversee both businesses, Hrebiniak adds, but needs to appoint new CEOs for each of the two divisions, and become a hands-off executive. Those CEOs could then focus on strategic opportunities and challenges “with a fresh vision, without excessive Murdoch influence or interference.”

News Corp. also has to contend with the overhang of Murdoch’s legacy, and two key components of that are unclear, according to Kimberly. First, he wonders how history will view the man as a business leader given the stain of the hacking scandal and the questions it raised about Murdoch’s personal integrity. Second, how well would Murdoch’s empire fare once he is gone, Kimberly asks. “Arguably, the most important challenge facing any leader is building an organization that can thrive in his or her absence.”

The phone hacking scandal has “severely tarnished” Murdoch’s personal reputation, and its economic consequences will not be known for some time, Kimberly notes. The fallout from the incident also led Murdoch’s son and heir apparent James Murdoch to step down as chairman of British satellite and broadcasting company BSkyB (of which News Corp. owns a 39% equity stake) this past April.

Unshackled by the Murdoch style and legacy, News Corp.’s split will bring some obvious benefits, experts say. For one, it allows for separate strategic attention to the two very different businesses of entertainment and publishing. “Each business can focus more directly on its own industry forces, competitive problems and opportunities,” Hrebiniak says.

Hrebiniak also suggests that with a more sharply focused entertainment business after the split, Murdoch could revive his attempt to complete his ownership of BSkyB, which is the biggest pay TV broadcast company in the U.K. and Ireland. The phone hacking scandal forced Murdoch to withdraw his bid last year to buy the remaining equity in the firm. Hrebiniak points to the immediate increase in the stock value of both News Corp. and BSkyB shares after the split announcement as indicative of the value investors see in the move and what might follow.

But News Corp. still faces major challenges after the separation, which is expected to be formalized over the next year after regulatory approvals. Hrebiniak notes that not all of its entertainment businesses have high growth prospects and profitability. The company’s cable business is doing well — much better than broadcast and satellite TV. “But the split won’t guarantee increased growth and profitability for the entertainment side of the business; serious strategic and execution issues won’t be overcome automatically,” Hrebiniak says.

In steering the newly separate publishing business, News Corp. will need major efforts to reduce costs and avert further slippage in already thin profit margins, according to Hrebiniak. He doesn’t see that as an easy task, given the many competitive challenges to publishing.

The split, in fact, raises more questions about the future of News Corp.’s publishing business than the entertainment arm, according to Kimberly. He notes that the publishing business is the “historical core” of Murdoch’s empire, and that he is understandably very attached to it. “By spinning it off, and by painting an optimistic picture of its future, he is playing a very risky game,” says Kimberly. “If he wins, his judgment is vindicated and some reputational capital will be rebuilt. If he loses, he loses big.”