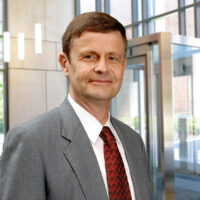 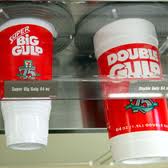 Taking away New York City consumers’ option to buy large-size sugary sodas may not cure the city’s — much less the nation’s — obesity problems, but University of Pennsylvania experts note there is research to support that shrinking a container size can help shrink a person’s waistline.

New York Mayor Michael Bloomberg last week proposed a ban on restaurants, movie theaters and sports arenas selling sweetened drinks in sizes larger than 16 ounces. The ban — which would shrink permitted drink sizes down to what is currently considered a medium — would include soda, energy drinks and iced tea, though not juice, diet drinks or alcoholic beverages. In a post on KnowledgeToday, Wharton statistics professor Jean Lemaire expressed skepticism about the effectiveness of such a ban, noting that people find ways around laws regulating such vices as alcohol and cigarettes. “We can tax it; we can make it more expensive; we can reduce opening hours of the stores that sell it, but people find ways to get around that,” he said.

Although nothing in Bloomberg’s plan would preclude consumers from ordering multiple drinks, or buying large-size beverages at grocery or convenience stores, Penn epidemiology and nursing professor Karen Glanz predicts that it could have a “modest” effect on lowering rates of obesity in the city.

Glanz, who studies theories of health behavior, notes that most people order large-size drinks without giving much thought to how many calories or how much sugar the beverage contains. “Since people tend to drink what is in the container they purchase, many people will drink less sugary soda” as a result of the ban, she says. “Some people object to this ban because they say it is telling people what they can or cannot choose to drink. Actually, it will make them stop and think, and will probably increase the price of a large quantity of soda.”

In a similar vein, Wharton operations and information management professor Katherine Milkman cites research by Cornell marketing professor Brian Wansink demonstrating that smaller containers cause people to consume less. “Other research … has showed that when you divide the same amount of food into two small containers, rather than one large container, it reduces consumption [because] people notice their progress more when consuming from smaller containers,” she says. The soda ban “uses what we know about the impact of serving size to help ‘nudge’ people in the direction of consuming less soda.”

And Glanz points out that restrictions on drink size are not the only force trying to push consumers toward a particular choice — beverage firms are also aggressively marketing the options that benefit their interests the most. “The idea that people decide what to eat without outside influence is a fallacy,” she says. “Marketing especially targets children and minorities. Highly health-motivated consumers can ignore the marketing of junk food and sugary drinks, but for much of the public, ‘free choice’ is already compromised in our market economy.”

She adds that the “stop and think” aspect of a large-size soda ban is similar to the hoped-for result of publishing calorie counts on restaurant menus. “It’s a good example of where both policy and promotion/persuasion are needed to make education effective,” Glanz says. “It’s also a consumer right-to-know issue, since there is no way to know what you’re getting in prepared foods without this information.”

Even if the soda ban isn’t the be-all- and end-all in lowering rates of obesity, Glanz notes that it will be important to evaluate any impact it does have on sugary drink consumption and weight. “If it is found to work, it could make it easier to put other policies in place to curb the obesity epidemic,” she says. “This type of evaluation was important in putting smoking bans in place — showing that they both reduced health risks and didn’t hurt business.”