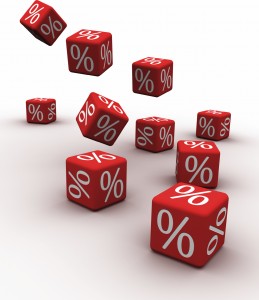 If Wall Street, The City (London’s Financial Center) and other high-finance powerhouses were teenagers, would you trust them with the keys to the car? You might want to think twice about it if you don’t want your car in a ditch.

A firestorm of attention accompanying a critical essay from departing Goldman Sachs employee Greg Smith refocused public attention on alleged aberrant behaviors in the world’s financial centers. But around the same time, a potential scandal was heating up in London that has potentially far greater implications regarding not only unethical behavior but also legal wrong-doing – on a massive scale. So far that issue – the alleged manipulation of LIBOR, the interest rate benchmark on which as much as $350 trillion in credit is based globally – has prompted investigations, firings and serious concerns about one of the foundational pillars of the global credit system.

The issue involves allegations against U.S. and European banks over whether they manipulated the London Interbank Offered Rate (LIBOR), which is the benchmark rate used to help set interest rates on as much as $350 trillion (or about five times Global GDP) in various financial products, such as derivatives. In addition, it’s the rate that banks use when they lend to each other. LIBOR also can govern consumers’ interest rates on adjustable mortgages, car loans and the like worldwide.

Some nine financial regulation and law enforcement agencies in the U.S., Europe and Japanare looking into the matter, which involves banks, hedge funds and interdealer brokers, media reports note.

What’s unusual about LIBOR is that it gets set daily in a subjective way rather than being determined quantitatively using indexes of, say, actual borrowing costs. In the process, bank treasurers are supposed to report their costs for borrowing from other banks. But some number of these treasurers allegedly spoke with traders, in advance of reporting, to help them decide what rate to report, and “traders at a number of banks were given access to the systems that bank officials used to enter the rate so they could overwrite the rates with ones that would better suit them,” according to an article in Fortune magazine. “When the rate went the way Wall Street traders programmed it to do, the banks cashed in millions.” One suit, the article adds, suggests that the banks artificially lowered LIBOR by 0.87 percentage points. Meanwhile, CNN Money reports that “if the banks coordinated their submissions, they could adjust trading positions tied to LIBOR in order to profit from their advanced knowledge of its movements.”

The U.S. Justice Department this month revealed that it had a criminal investigation underway involving alleged LIBOR collusion, and officials in the U.K., Canada and Switzerland also have investigations in progress. What’s more, Bank of America, Citigroup, HSBC, JPMorgan and Credit Suisse have been named defendants in a U.S. civil case filed by mutual funds, the city of Baltimore (with up to $300 million in LIBOR contracts) and others who allege losses stemming from the manipulation of LIBOR rates. In addition, Barclays and Deutsche Bank disclosed in filing statements that they have been the center of official probes, according to Fortune, and dozens of traders have been suspended.

The effects of this underreporting, if true, are in dispute. Some observers say this could be huge, perhaps even greater than the accumulated losses from mortgage-backed securities that brought the world’s financial system to its knees. They also contend that the actions have cost consumers and businesses dearly. In just one example cited, any artificial reduction in LIBOR would mean that some consumers received lower interest payments on bank deposits linked to LIBOR.

Others suggest the damage, while potentially very large, is mixed, with some parties actually benefiting. “The broader impact of this could be big, but is probably still far smaller than the losses associated with mortgage-backed securities,” says Wharton finance professor Krista Schwarz.

“The markets tied to LIBOR are enormous, but banks are simultaneously on both sides of this market. Indeed, big banks hedge their interest rate risk such that they have little net exposure to whether LIBOR is higher or lower. The motivation of banks in misrepresenting LIBOR was probably not so much in directly affecting their borrowing costs or interest earned, but rather, that they did not want the markets to know what big credit risk premia they were being charged to borrow,” says Schwarz. This would have been happening at a time when worries about bank solvency generally were increasing. “Of course, this had big collateral effects,” she adds. Yet the effects were not entirely negative for the economy. For example, “they included lowering the interest costs of many U.S.mortgage borrowers with floating rates tied to LIBOR.”

Regarding the ethical issues, however, there is less and less room for a mixed assessment. “It is quite depressing how much evidence is building up of illegal behavior in the financial services industry,” says Wharton finance professor Franklin Allen. “There were the mortgage problems, but I would say they were relatively benign compared to the subsequent scandals. The insider trading scandals have been shocking in terms of the seniority of the people involved. The fact that the former head of McKinsey could be convicted is just staggering. The MF Global scandal is even more shocking. It seems to be more and more likely that Corzine [Jon Corzine, MF Global Holding Ltd.’s former CEO, a former U.S. senator and governor from New Jersey, and ex-Goldman Sachs Group co-chairman] will go to jail.”

The LIBOR scandal, Allen states, “is at least as big as any of these. In order to have changed [LIBOR], there would have to be a conspiracy of several banks. The whole system is set up so that one bank can’t distort. If this is what happened, it indicates a level of dishonesty that is very bad. The fact that people could approach others and not fear they would be reported to authorities is really surprising. We will see what happens, but overall it does not look good. The rate affects trillions of dollars of contracts, and the legal ramifications will be tremendous.”

From Schwarz’s perspective, “There are important issues with corporate governance of financial institutions that contributed to the financial crisis. Misrepresentation of LIBOR — while important and real — does not strike me as high on the list. This is because the misrepresentation only became acute after the crisis reached its most intense phase, and because it’s not clear that financial institutions collectively had much to gain from higher or lower LIBOR rates.”

But for Allen, the LIBOR issue highlights a disturbing trend: “It would have been nice to think that there are just a few bad apples out there. But what we are seeing as more and more cases come out is a systematic pattern of unethical and often illegal behavior in the pursuit of profit at clients’ expense. If this continues, lack of trust will fundamentally change the industry. People will look for simplicity, and any kind of sophisticated product will be rejected on the grounds [that it is] trying to rip you off.”

A question raised by some observers is why it took so long for charges to be brought, given that rumors and unofficial allegations that LIBOR was being manipulated have been swirling around for several years. It turns out that “substantial manipulation of LIBOR is fairly easy to detect,” Schwarz notes. “There are alternative sources of quotes on interbank borrowing costs, and indeed, certain datasets that give the rates at which banks were actually transacting with each other. People who have looked at this find no evidence of any material problem before the crisis, and any misstatement of rates during the early part of the crisis [August of 2007 to August of 2008] was of the order of 10 basis points, at most.” (For empirical evidence, Schwarz recommends a paper she wrote titled, “Mind the Gap: Disentangling Credit and Liquidity in Risk Spreads,” Table II, page 53). “But the problem clearly grew more severe in the acute phase of the crisis — the last quarter of 2008. During this period, there is strong evidence that LIBOR substantially understated borrowing costs.”